Washington Sundar made a two-fold dive to save a certain boundary, in between checking his fingers for an injury concern.
By Kashish Chadha Sun, 1 May 2022 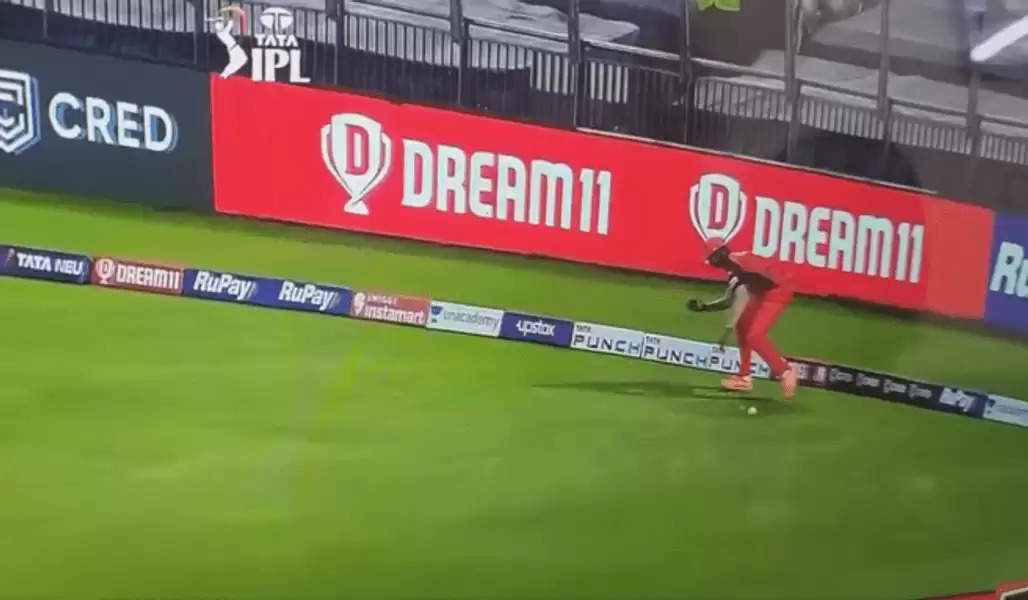 Washington Sundar checked his bowling hand for an injury even as the ball nearly rolled onto the boundary ropes.

Off-spinner Washington Sundar found himself in the midst of another injury concern after hurting his finger while diving to save a boundary in Sunrisers Hyderabad's (SRH) IPL 2022 league-stage encounter on Sunday (May 1).

The SRH allrounder made a strange attempt at saving four runs at the square leg region against the Chennai Super Kings (CSK) in Pune. While he managed to deny CSK Ruturaj Gaikwad the boundary, Sundar ended up hurting his finger in the process.

The fielder seemed to have recognised an injury concern for himself midway through his saving effort, as he took a split second to check his right hand before resurrecting his position and going to collect the rebound.

Not able to keep the ball inside the ropes through his initial diving attempt, Washington Sundar was seen making another dive to collect the ball, a moment after the off-spinner checked the fingers on his bowling hand.

Facing a short ball from left-arm quick Marco Jansen, Gaikwad dispatched the delivery for what looked like a certain boundary near the backward square leg region. But Washington Sundar made a valiant attempt at stopping the four to deny Gaikwad and CSK.

In the process, however, the fielder seemingly hurt his fingers. He even checked them while he was still trying to keep the ball inside the boundary ropes.

WATCH: Krishnappa Gowtham with a hilarious reaction after dismissal; Mitchell Marsh doesn't review despite no edge on bat

The rebound of the first attempt was such that the ball was still rolling onto the cushion. In the nick of time, the Tamil Nadu fielder resurrected his position and made another dive to ensure the ball doesn't make contact with the rope.

But even as Washington Sundar's admirable saving act helped SRH avoid a boundary, the cricketer hurt himself on his bowling hand. Soon, the medical staff personnel attended him and took him off the field for further supervision.

The last thing SRH would want is to lose their premier allrounder to another injury this IPL season, having earlier seen him sidelined due to a split webbing after their initial few games. Sundar has been one of the unlucky Indian cricketers when it comes to injuries.