The Sultan of Swing still proved too good for the former England captain.
By Kashish Chadha Mon, 20 Jun 2022 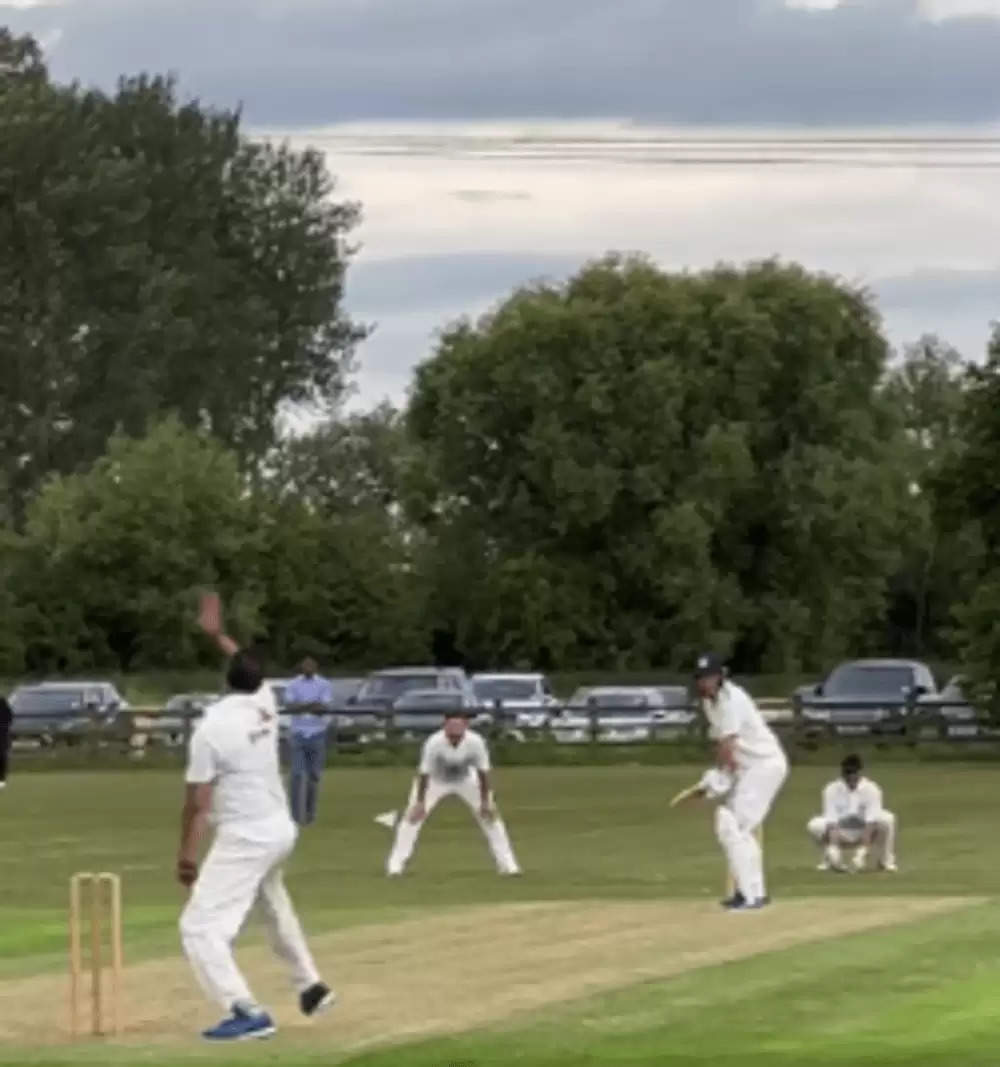 Pakistan's greatest ever fast-bowler showcased he still has it in him against his former Lancashire teammate.

He may have last rolled his arms over for Pakistan nearly 20 years back but facing the great Wasim Akram remains a challenge even now. As former England captain Michael Atherton found out during a charity match played in remembrance of the late Shane Warne in England.

Facing Wasim from a short run-up, Atherton could still not get his bat down in time against his pinpoint yorker that swung into him and thudded onto the stumps behind him.

Played in one of the local club grounds in UK, the match had its biggest selling moment when the Sultan of Swing moved it ever so slightly in the air and got Atherton a little hurried at the crease, as he ultimately failed to keep the ball out.

The moment he took the wicket, Wasim Akram unleashed his classic celebration, which would've evoked a sense of great nostalgia for all his fans. Not just in Pakistan. But in the subcontinent and the entire world.

A clip of the dismissal that had Wasim Akram once again enjoying a wood over Atherton was brought to light on Twitter by @cricketdistrict on Sunday (June 19). The clip left fans soaking in the moment of glory of one of the most pleasing-to-the-eye fast-bowlers in the history of the game.

Taking only a few steps from next to the umpire, Wasim came from the over-the-wicket angle for the left-armer and got it to swing late into Atherton from wide outside the off-stump. Despite having faced him a lot during his playing career, Atherton still had no answer to Wasim's brilliance and got out trying to keep his incisive yorker at bay.

A classic @wasimakramlive inswinging yorker is too good for Michael Atherton! 👌🔥

These legends are playing in the @WellbeingofWmen Celebrity Charity Match in remembrance of the great Shane Warne 🙌 pic.twitter.com/7GwcCL97kP

The match was being held in memory of the legendary Warne, who sadly passed away earlier this year on a vacation in Thailand following a heart attack. The cricket fraternity has been mourning the demise of one of the game's most charismatic and larger-than-life characters since.

But, as Warne would've wanted, the charity organisation 'Wellbeing of Women' decided to organise a game of cricket to remember one of the sport's finest. In the clip where Wasim Akram run in against Atherton, one can see that the star-studded fixture also had West Indies legend Clive Lloyd umpiring, while Prince of Trinidad Brian Lara stood at the other end of the pitch.