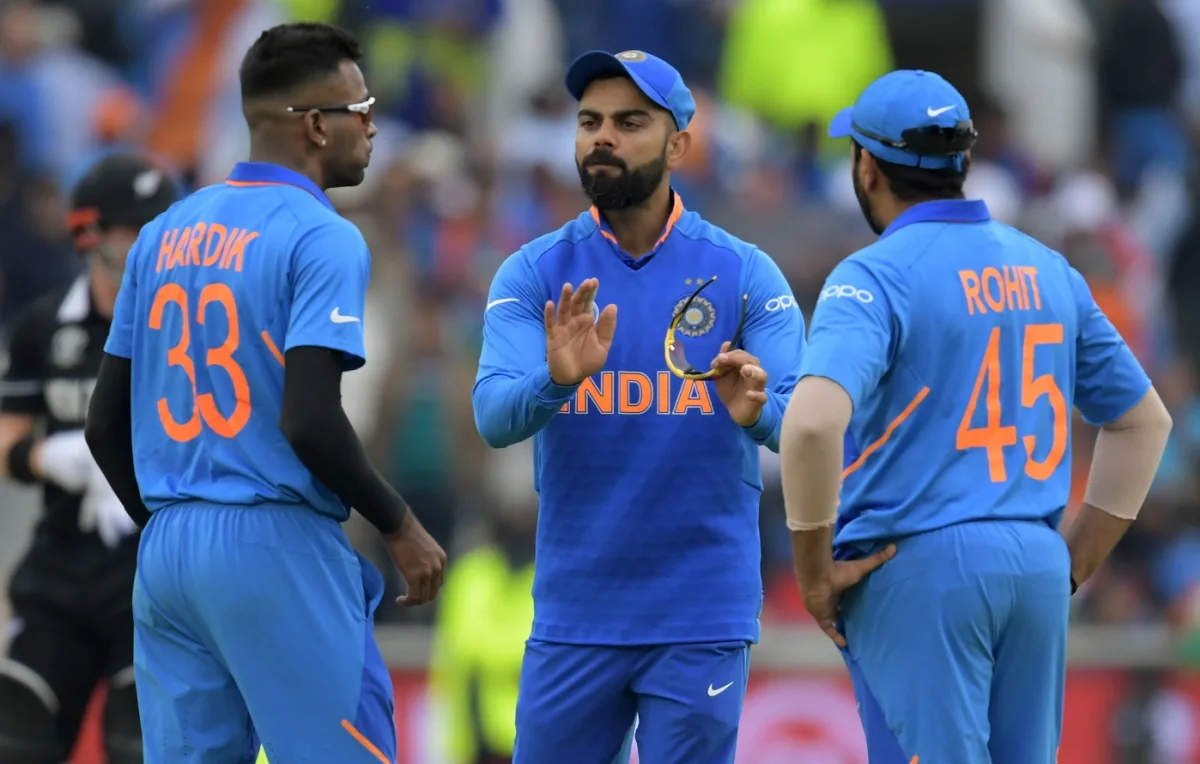 Shikhar Dhawan has been dropped from India's ODI squad and Hardik Pandya has been promoted to the vice-captain designation.

India’s squads for the 3-match T20I and ODI series against Sri Lanka have been announced. India will start a serious build-up for the upcoming World Cup 2023, right from this ODI series. With a prestigious home World Cup coming up, India can’t afford to put a foot wrong while laying out their plans for the competition.

No team has played more ODIs than India (45) in this World Cup cycle so far. But it's quite less than the number of ODIs they played in the World Cup 2019 cycle - 86. Admittedly, the COVID-19 pandemic disrupted the plans and the two T20 World Cups in 2021 and 2022 understandably got more preference.

However, just five Indian players have featured in at least 25 ODIs in this World Cup cycle. And, two of them – Shikhar Dhawan and Shardul Thakur – have been dropped now. More surprisingly, India have played just one ODI in which all of the four key players – Virat Kohli, Rohit Sharma, Jasprit Bumrah & Hardik Pandya – featured.

For context, England played as many as 41 ODIs from 2016 until the start of the World Cup 2019, in which all of Eoin Morgan, Joe Root, Jos Buttler and Ben Stokes participated. All Rohit, Bumrah, Jadeja and Hardik have played less than 15 ODIs since 2020. So, India's key issue has been less game-time for key players in the ODI format in the past three years.

Other teams are also lagging in preparation this time, but India’s ICC trophy drought combined with the importance of being the host nation of the most prominent tournament in world cricket means that they would want to be more prepared than other sides.

India have faced some hiccups in this World Cup cycle, as their players have been also halted due to regular injuries. They've lost bilateral series twice against New Zealand, and once against Australia, Bangladesh and South Africa. Here, we take a look at three key takeaways from India's ODI squad for this series.

There had been several discussions to move on from Shikhar Dhawan and stick with Shubman Gill as the first-choice partner for Rohit Sharma in India's first-berth XI. So, the decision to drop Dhawan from ODIs isn't surprising, even though he has led India in four ODIs series since July 2021.

The southpaw is averaging 34.4 with a strike rate of under 75 this year. Shikhar has registered 11 scores of less than 15 runs in 22 innings in this timeframe. His powerplay (overs 1-10) strike rate has dropped to 67. Utilising the fielding restrictions was one of Dhawan's key roles during his peak, but the lack of fluency in his batting is very evident now.

India certainly can’t afford to include him in the XI anymore, especially when they’ve quite a few solid alternatives for the top-order spots in ODI cricket. Dhawan has been one of India's ODI greats, and it is a painful decision but a fair one. Now, the team management should give enough security and chances to their preferred candidates.

Shubman Gill has been averaging 70 with a strike rate of over 100 in ODIs this year. It remains to be seen how well he fares against strong bowling attacks. Gill’s best format is most likely to be the 50-over format, and there is very little doubt regarding his ability. The right-hander also seems to be someone who can be backed to score “tough” runs and inspire some confidence under pressure.

With his blazing double hundred against Bangladesh, Ishan Kishan has also thrown his name into the mix. India could try him as the left-field option if they want to play the over-attacking brand of cricket, and also maintain the LHB-RHB pair at the top.

After his success as Gujarat Titans’ captain in the IPL, Hardik Pandya’s image as a potential leader for India in the future has grown massively. With his attitude and swag, Hardik does give the impression of handling the responsibility well. There are speculations that it is only a matter of time before he is India’s T20I skipper officially.

He led India in the T20I series against New Zealand after the T20 World Cup 2022. He is again named India’s captain for the T20I series against Sri Lanka. And, he has been also promoted as the vice-captain in ODIs, replacing KL Rahul. The fitness concerns regarding Hardik are understandable, but the BCCI are backing him to be the next man in charge.

India are trying to find their next white-ball captain. KL Rahul has unfortunately not shown enough promise and captaincy could be too much of a burden for an all-format player like Rishabh Pant who is also required to do the wicketkeeping duty. It will be interesting to witness how things pan out.

3. How is India’s bowling attack shaping?

One of India’s primary issues in this World Cup cycle has been the downfall of their bowling attack. Bhuvneshwar Kumar has played just seven ODIs since 2020 including only two this year, and India have moved on from him. Prasidh Krishna is likely to be back again into the things of the scheme when he returns after recovering from his injury.
Umran Malik and Arshdeep Singh are the top contenders to fight for the backup pacer spot. Interestingly, Shardul Thakur, who has played 16 ODIs this year, has been dropped from this series. India player Thakur because of the batting depth factor but this experiment also seems to have ended, probably for the good.

India’s full-strength pace attack is still promising enough. Jasprit Bumrah, Mohammed Shami and Mohammed Siraj seem to be the front-runners at the moment. However, India would be concerned regarding their spinners. Yuzvendra Chahal’s downfall is no longer a debate, and he has been averaging over 37 with an economy of 5.96 against all the opponents barring West Indies and Sri Lanka since 2020.

Chahal was left out of the squad for the Bangladesh series but India have brought him back, possibly due to a lack of alternatives. Kuldeep Yadav has made an encouraging return to the national set-up but it’s probably too early to get excited. And, Ravindra Jadeja and Washington Sundar aren’t attacking options in the middle-overs. Jadeja is still a lock, Axar Patel is likely to be his backup and Sundar would want to make his case stronger for the No. 8 spot.

India wouldn’t want to play four proper tailenders, and depending on Sundar’s development, India could prefer him. It doesn’t sound that bad for a World Cup in the subcontinent on paper. But, considering India’s recent problem of not picking up enough wickets in the first 30-35 overs, this is not a straightforward call. India have a small mess to solve in the spin department, and they are currently backing Sundar, Kuldeep & Chahal as of now.