Mohammad Rizwan led Pakistan’s 181-run chase against India in Dubai on Sunday, but it was Mohammad Nawaz’s blitz that perhaps played a decisive role in the team’s thrilling win.
By Roshan Gede Mon, 5 Sep 2022 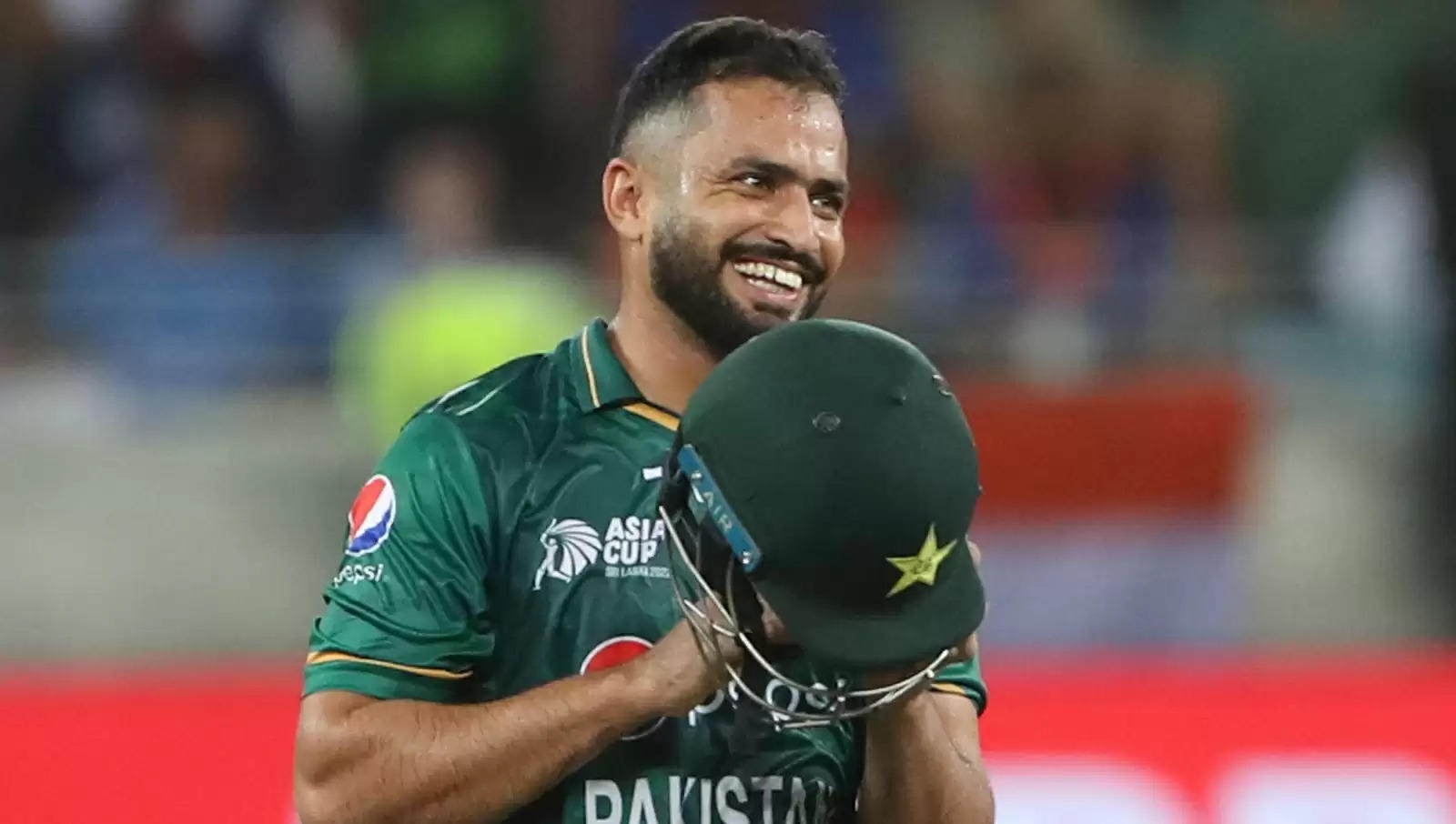 “Pakistan have maximised the middle-overs, often the determining factor in a game. 78 in 7 overs,” tweeted Harsha Bhogle as Pakistan stood firmly placed at 135/2 with five overs remaining in their run-chase of 181 against India on Sunday.

While the top-ranked T20I side did manage to pull the game back to some extent, reducing the equation of 47 off 30 to 25 off 12, the middle-overs passage had ensured that Pakistan remained in the contest regardless of the hiccups.

The reason? “Interesting move to send a nothing-to-lose batsman in this situation. The Nawaz move is working,” Bhogle had observed earlier.

The smooth, rhythmic left-arm spin is the art Mohammad Nawaz is known for in an international career that had begun in 2016, and has scattered over just five Tests, 22 ODIs and 33 T20Is till date. He had returned 3/33 a week earlier against India, dismissed Rohit Sharma and Virat Kohli in quick succession, before castling Ravindra Jadeja in a nail-biting finish.

Before the start of the Asia Cup 2022, Nawaz had bagged 25 wickets from 29 T20Is, dismissing the likes of Nicholas Pooran (twice), Marlon Samuels, Faf du Plessis and Aiden Markram among others.

On Sunday, Nawaz returned 1/25 from four overs, dismissing the second-ranked T20I batter Suryakumar Yadav, effectively stalling India’s progress in company of Shadab Khan (2/31), after the opponents had raced to 62/1 at the end of the powerplay. That effort alone would’ve been enough for a game-changing contribution on most days, Nawaz though, had to stand up with his secondary discipline in this high-octane clash.

"I was feeling the pressure, but positive pressure, not the negative pressure," he said on his promotion to No.4 in the chase, ahead of Khushdil Shah, Asif Ali and Iftikhar Ahmed. "I knew I could do it. I just needed to focus on my batting and execute my skills."

Nawaz struck 42 off 20, striking six fours and two sixes, using the angles and short boundaries brilliantly against the experienced Yuzvendra Chahal and the rest throughout. He walked in to bat in the 10th over and was dismissed in the 16th, with Pakistan scoring 10, 9, 10, 10, 11, 12 and 16 runs respectively in overs 10-16 to seize the advantage.

The wrist-spinners were kept at bay, and Hardik Pandya and Arshdeep Singh were treated with ease, with a flat-batted smash over long-on off the former being one of the shots of the game. Nawaz was primarily sent to tackle the wrist-spinners, both of whom turn the ball into the left-hander, forcing Rohit Sharma to switch to seam during the middle overs, something which Babar Azam didn't need to do during India's innings, thanks to Nawaz and Shadab's combined brilliance to tackle both left and right-handed batters.

Chahal, who usually bowls the tough overs, was swept twice by Nawaz, and cut once by Rizwan in the 16th - each of the three strokes yielding a boundary - putting Pakistan on course. Bishnoi is exceptional against left-handers, but Pakistan had Rizwan to tackle his googlies and Nawaz to take him off his wide lines outside off-stump.

The logic behind the promotion might have been pretty simple, but it's safe to say Nawaz disturbed India's rhythm with the ball.

"We wanted to keep the right-left combination going," Nawaz said of his promotion after the game. "If a left-hander [Fakhar Zaman] fell, I was to go in. I wanted to be clear in my mind about what I wanted to execute.

"We needed ten-plus an over. As youngsters, you want to play in such games and execute under pressure. In such a high-pressure game to play an innings like this gives me massive confidence as a player and in my growth. I will work harder to manage the rising expectations so that I can deliver like a proper all-rounder."

ALSO READ: Why India can't go back to Mohammed Shami in T20Is

Nawaz had scored 124 runs from his first 14 T20I innings. On Sunday, he scored more than one-third of those in arguably his most significant batting display in Pakistan colours. He went past 2000 T20 runs during his stroke-filled cameo, and while the average (23.27) and the strike-rate (125.67) doesn’t make much of an appeal for now, more of such opportunities would certainly help the 28-year-old in evolving as an effective all-rounder.