Struggles in the Caribbean put spotlight on India's backup fast-bowling 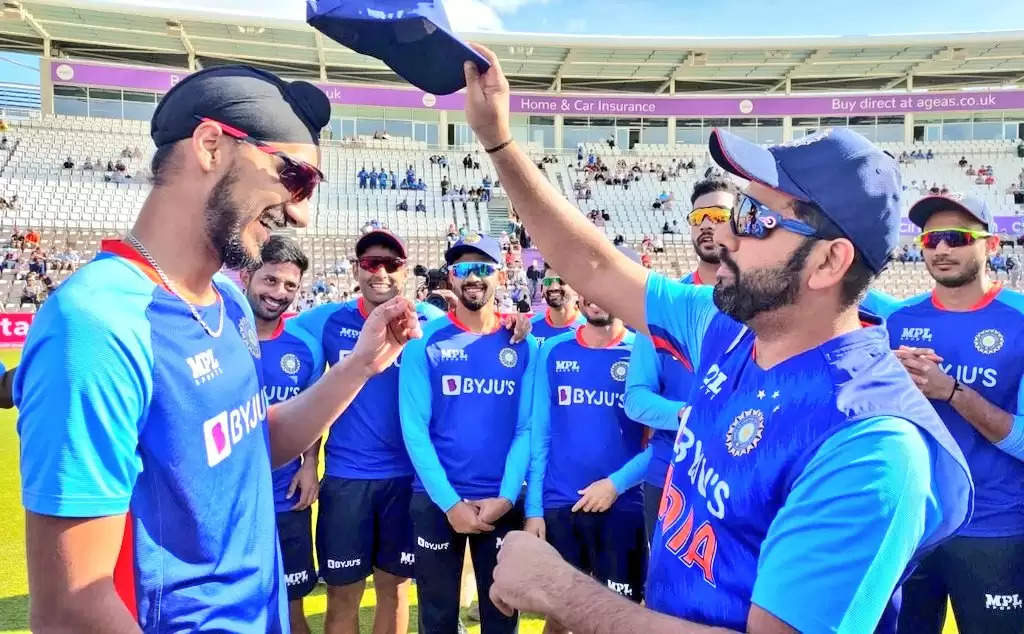 Inconsistency being the prevalent theme, India's backup quicks need to come up with better performances.

With Jasprit Bumrah and Mohammad Shami absent, India's backup fast-bowling had the opportunity to showcase their mettle against the West Indies. Facing one of the weakest contemporary ODI outfits, India's fringe pacers were expected to dominate the proceedings and strengthen their cases for regular selection.

Two games in, however, India have been hammered for scores in excess of 300 and have just about managed to keep their noses ahead in the series. An unassailable 2-0 scoreline shouldn't blind us from the fact that this is an opposition India should've bettered and bruised, not playing close-fought encounters with.

On a Queen's Park Oval surface playing flatter than before, India may have been caught off guard in their preparation and planning, especially following the superquick turnaround from the tour of England. But that should not have given them such a hard time against a side that Bangladesh left on its haunches in the 50-overs game only a few days back.

Conceding scores of 305 and 311, India have bowled to West Indies like West Indies do to everyone: largely inconsistent, looking short on tactics and execution. In essence, too much T20-geared bowling. At a time when the T20 World Cup prep hogs most of the attention and no 50-over India 'A' series around, the inconsistency maybe excused.

But much of what India have delivered in their previous two series, including the one versus England, still reinforces a longstanding worry around their backup resources: raw talent and skill failing to stitch together consistent spells. And with a 50-over World Cup looming in home conditions next winter, that needs to change soon.

The team management maybe waiting for the process to play itself out through regular game time, but something feels amiss at the moment, with individuals standing at different stages of their development and lacking the level of control you need and expect at the highest level.

With two marquee ICC events being the main aim under head coach Rahul Dravid's tutelage, here is a player-by-player breakdown of India's backup fast-bowling in ODIs and T20Is and areas of their respective games they need to improve over.

He can't help but attack with the ball. Siraj opts for the aggressive route for his breakthroughs without settling in on a line and providing India control. Only on rare days Siraj comes up with restrictive spells - like his 0/47 off 10 overs in the second ODI against the West Indies. His numbers from the previous two games, including the Manchester decider, sums up the man: 2/66 off 9 overs and 2/57 off 10 overs.

Siraj has this curious obsession with the cross-seam and scrambled seam balls without every imparting the conventional swing on the white Kookaburra. He is someone India can back to provide them wickets in high-scoring fixtures, but not depend on for leash and maintain the pressure for Shami and Bumrah in critical junctures of the game.

At his best, Prasidh can be a real handful for the opposition, with his tall stature and pace enabling an innate ability to bang the ball in at hard lengths, dent the batter's footwork and induce edges by extracting seam movement out of the deck. He did with great effect during the ODI series against West Indies in India in February.

But on return to India colours this month versus England, Prasidh's inconsistent nature was laid bare by a more robust opposition batting unit. At no stage did he impose himself over the Englishmen, going for 5.77 runs an over across his three innings. In the opener in Trinidad that followed, the 26-year-old went for 0/62 off his 10 overs and was dropped for the next match.

For Prasidh, the problem is inconsistency and also one of recognising his strengths and backing them to the hill. The bowler can be a notorious floater of the cricket ball, which is baffling given that he is made for the role of an enforcer with the old ball, nailing the hard lengths. Given his limitations with control, the team management, too, should better identify the areas of the game where Prasidh can operate. Definitely not one of those is the end-overs phase.

The problem is quite similar with Avesh. When he plays, it is usually when India have rested their incumbents and are forced to use him with the new ball. That subsequently forces the tall seamer to operate in fuller lengths, something he is not quite suited for.

And even when he has tried to bowl the shorter lengths, Avesh has not had the control and precision to keep the batters in check. That he has tended to be pulled and hooked a lot, besides being ramped and driven, despite being a naturally suited enforcer with the ball is a telling sign of his inconsistency and lack of clarity within his mind.

Perhaps the readiest of the backup seamers India have, Arshdeep Singh has been fantastic with the new and the old ball since the start of IPL 2022. The left-arm seamer has been a revelation inside the powerplay overs in T20s with his ability to swing the ball both ways and also a much-improved bowler at the death with his pinpoint yorkers.

He did that superbly on his T20I debut for India in Southampton, coming out with figures of 2/18 and continued to excel in West Indies. His selection in the ODIs was a mark of recognition from the selectors of what the bowler has to offer. The pacer commands more game time in both formats.

Patel can be very difficult to get away on the days he gets his radar right. The pacer tends to operate in a mix of yorkers spread around his drifting and dipping slower balls that make it a challenge for the batters to execute their downswing. But the risk element behind the ploy is evident from the fact that he has an economy rate of 8.53.

On days when Patel doesn't execute his plans correctly, he tends to be hammered left, right and centre. He was taken for over 50 runs off his 4 overs in the second T20I versus Ireland late last month and didn't look in control in the England series that followed.

To keep his place safe as the third seamer in the T20I side after Bhuvneshwar Kumar and Jasprit Bumrah, Patel needs to expand his range. He doesn't have the pace to push players back, thus need to come up with more methods to keep the run-scoring in check.

Out of an IPL season where multiple left-arm seamers ruled the roost, India showed the most interest in right-arm seamer Umran Malik. Having identified him as a talent to back since the previous edition of the league, the Indian selectors picked the J&K enforcer for the T20Is versus South Africa and Ireland, playing him in Dublin.

Considered the fastest bowler in the country, Malik has a lot of natural pace and hostility going for him. He can be brutal with his ability to hit the stumps at high speeds and make life difficult for the batters. He did it to take 22 wickets in 14 games of IPL 2022.

But here's a thing: around these deliveries and wickets Malik bowls a lot of hit-me stuff. His inconsistency can be a real pain for whoever is captaining him as it becomes incredibly difficult to set a field for the raw speedster.

His 22 wickets came at a cost of 9.03 runs an over for Sunrisers Hyderabad (SRH). SRH maybe willing to compromise on control for wicket-taking through the middle-overs, but India won't be. Especially as they relish a set-up of unprecedented fast-bowling depth and could find more robust options to invest in.

To keep himself relevant, Malik will have to find a balance where he is keeping a decent leash on run-scoring while giving the ball the rip at high speeds.