This time last year, India were on their way to Manchester for their semi-final clash against New Zealand in the 2019 Cricket World Cup. That game was the last time the world saw MS Dhoni in India colours or on a cricket field in a competitive game. It was predicted that the former Indian skipper […]
By Sahil Jain Tue, 7 Jul 2020 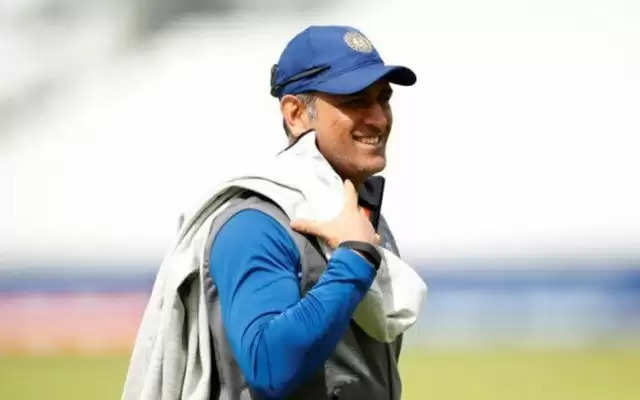 This time last year, India were on their way to Manchester for their semi-final clash against New Zealand in the 2019 Cricket World Cup. That game was the last time the world saw MS Dhoni in India colours or on a cricket field in a competitive game. It was predicted that the former Indian skipper was going to bid adieu to the game after the mega event in England.

While Dhoni hasn’t been on the park in the Indian jersey since, there is no official word on his retirement just as yet. Dhoni had celebrated his 38th birthday just a couple of days before India’s heartbreaking semi-final defeat. His future was unknown. And now, today, he celebrates his 39th and nothing has changed.

Also Read: What if MS Dhoni captained RCB and Virat Kohli led CSK in the IPL?

His future is still unknown and no one, absolutely no one other than Dhoni himself , knows what’s in store. There are rumours and speculations going all around. The Ranchi-born cricketer had even started preparing for the 2020 season of the Indian Premier League (IPL). Despite that, his future remained unknown. He just kept people guessing.

But it isn’t a big surprise, is it? Isn’t that how his entire career has panned out? At almost every stage of his career, in almost every series and in many games, largely as captain, he’s kept everyone guessing. That’s what he does best. Love him or hate him, the enigma of Mahendra Singh Dhoni never ceases to exist. It’s how his life and cricket career is defined. It doesn’t matter if he’s playing on the field, if he’s off the field or on a sabbatical (like now), it continues to thrive.

It’s similar to the way he approached run chases. He kept hanging in there, playing with the minds of the opposition, dragging it till the very end and unleashing when he felt the moment was right. Yes, he faltered a few times in the last couple of years but it was one method that worked very well and only Dhoni knew how he weaved that magic. He’s doing the same now with his retirement plans and it’s no big secret either.

Over the years, Dhoni has become a name that is an emotion, not only among the 1.35 billion people in India but all around the world. However, it hardly mattered to the man. Or rather, he very rarely showed emotion or what the love, the hate and all these meant to him. He was the same, whether his side won or lost or whether he was praised or anguished, he barely showed any emotion.

When we think about Dhoni, the attributes that come to our mind are captain, leader and role-model, the one with the ‘Midas Touch’, and the one who won absolutely everything. But mind you, he wasn’t like a normal captain. He was different.

You think of captains and what winning a big series or an ICC tournament or an IPL title means to them. They’ll be jumping around with joy, celebrating and what not. They’re always the centre of attraction. But not Dhoni.

You see he’s won everything as a captain – all three ICC trophies, three IPL titles, two Champions League titles, the ICC Test mace. However, he’s hardly in the limelight. He’s never in the thick of things in the celebration. And that was one of Dhoni’s greatest hallmarks as a player and a captain. All that mattered to him was to get the job done. All that mattered to him was that moment and that’s it.

The 2007 World T20, the 2011 World Cup (despite playing a magnificent knock in the final), the 2013 Champions Trophy were all a result of the yards Dhoni put in building the side and yet he fades away into the background. They were all Dhoni’s team. But he let his team enjoy the moment. You hardly see him around the celebrations. 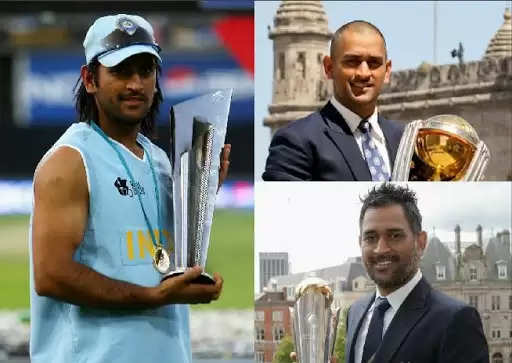 Dhoni is the only captain in the history of the game to win all three ICC titles.

After winning his third ICC title, the 2013 Champions Trophy, Nasser Hussain asked him what’s next as he’s won everything. Dhoni replied, “For me, what’s important is how I play the next game. We go to West Indies and I want to do well. We have the right team to take Indian cricket forward.” That there just defined how Dhoni looked at the game. All he wanted was to get the job done and move forward.

The three IPL titles were no different. Take 2018, the fairy-tale comeback of Chennai Super Kings (CSK). Emotions were running high, yet, all he did after CSK won the title was sit back and maybe pat himself on the back with the feeling of ‘Mission Accomplished’.

Moreover, he had a different view on trophy collections. “Well, don’t you think, it is unfair that you play a team sport where the captain goes and receives the trophy? It’s like an overexposure. Let’s say that you already have an overexposure of like 15 seconds and after that I don’t really think that you are needed to be there. Of course, we all like the celebration and you want to be part of it. But it’s not like that you have to be with the trophy,” Dhoni once said back in 2018 in one of the interviews.

You think of Dhoni and you think about the three ICC trophies and all the accomplishments and the titles he’s won as captain. But Dhoni, the leader was much more than the trophies and titles. The way he led the team through those nine years, the way he managed the seniors around and handled the new-comers and more importantly, the way he managed the transition with the experienced players retiring and the new generation coming in.

Also, his arrival in Indian cricket wiped out the longstanding problem of wicket-keeping batsmen. India tried a lot of them in the pre-Dhoni era and Rahul Dravid seemed to be the best option. But once Dravid gave up the gloves, they struggled again. But Dhoni’s arrival changed the dynamic of wicket-keeper batsmen in India. The Ranchi cricketer resolved the middle-order woes as well. He came with a flair and with an enigma. However, it didn’t seem like he might last long. His technique was always in question. You could well say that Dhoni defied the odds to become one of the all-time greats.

Dhoni was also good in the longest format of the game. In fact, it’s something that’s not talked about enough. The stats might tell you a different story. An average of 38.09 in Test cricket might not be hailed as much as his ODI average of 50.57. He may not have scored a lot of Test hundreds. Yes, he was at the peak of his powers when it came to ODI cricket and no doubt, that was his best format. But Dhoni, the Test batsman was underrated. Arguably, Dhoni (along with his idol Adam Gilchrist) redefined the way wicket-keeper batsmen were looked at. Be it with the bat or gloves, Dhoni may not have looked vert pleasant. However, he found ways to succeed. He was unorthodox, uncanny yet reliable.

Yes, Dhoni transitioned, aged and changed with time. He’s donned different roles in his 15-year (unfinished?) journey in international cricket. From being a long-haired and flamboyant hard-hitting batsman, who floated around the batting order according to the demands and needs of the team, to the reliable and dependable finisher, to the slightly (maybe?) uncertain, time-seeking and a more calculated finisher. But one thing was certain that you’d never know what was coming from Dhoni. There was always a sense of suspense with Dhoni on the field, be it with as captain, with the bat or behind the stumps with the gloves.

In the blink of an eye he would take decisions and back them. And invariably they worked. Irrespective of what he was doing, he had this ability to pull off unimaginable things and moves (more so as captain), be it on the field or off it. And if that list starts, we might need a few more pages and most of them are known pretty well too.

Yes, at times, he faltered as well. Like everybody else, he did have some flaws too. Dhoni has been the villain in Indian and world cricket quite a few times as well. Be it in run-chases of late or him being unable to pull India out of the dumps on overseas tours, it was the unpredictability, the trust, the enigma of Dhoni that kept motoring along.

Like everybody else, he’s not perfect. It’s not just the wins that mattered for Dhoni. Hope remained the same even when India lost. He believed in the process more than the result, especially when it came while the team was in transition. During this phase as well, he pushed and backed his team to the hilt. He took the bullets for them. At times, he lost his cool when people raised and pointed fingers at his team. Dhoni was just protecting his team from all corners, backing them to come good, helping them build a platform to flourish. And we see the results today.

Be it in blue, white or yellow, Dhoni, the captain, the batsman, the wicket-keeper, the finisher, the mentor, the hero, and also the villain, has defined Indian cricket for 15 years in every possible way. There’s absolutely no doubt there will be at least one chapter (if not more) to himself when the history of Indian cricket is written. He is the one that revolutionized Indian cricket in the last decade and a half.

Whether he plays any more or not, love him or hate him, the Dhoni enigma will never cease to exist.