Shikhar Dhawan and the Perils of being an ODI specialist

The left-hander needs patience from himself and the decision-makers to tide through an unsettling period.
By Kashish Chadha Sat, 30 Jul 2022 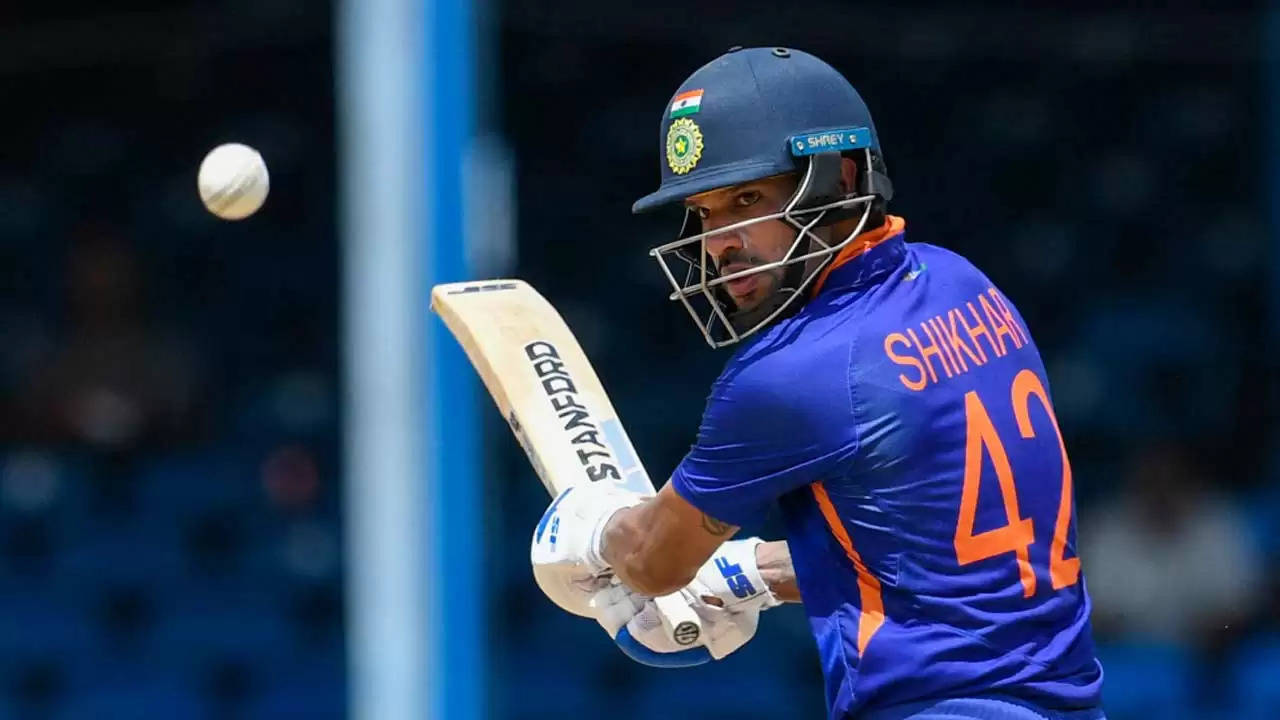 Shikhar Dhawan has runs to back his case but an innate flow has gone missing from the left-hander's game.

For Shikhar Dhawan, those few moments of relief and liberation from the shackles imposed by the rigours of life and time knock on his doorsteps when he sporadically turns out for India these days. Being an ODI specialist, the strenuous journey it conceals in an age of T20, Dhawan has been a rarely active cricketer outside the IPL since the last World Cup.

Before he travelled to England and the West Indies to play a set of six ODIs in two weeks, his most recent assignment for India came way back in January during the tour of South Africa. Dhawan's next innings comes in Harare three weeks later but the following series will arrive in mid-October when the selectors look upto him again to guide an alternate squad at the heels of the T20 World Cup.

With his Test and T20I fate sealed, Dhawan, aged 36, is a rare commodity. The ODI is his only breathing ground, one where he can reinforce his presence to a set-up of unprecedented depth and keep his case going amidst stiff competition. When the world is abandoning the 50-overs game, Shikhar Dhawan can look at it with a sense of love and longing and seek it to stay with him.

But cricket and life teach us: longing and wanting something is only half the trick. You can put in the hardwork, the trust, the dedication and the loyalty into keeping things healthy and going; if the elements don't combine, life refuses to fall by your side.

Dhawan has been managing those elements and transcending the challenge of being Dhawan quite astutely. Since the time he returned home with a fractured thumb from the 2019 World Cup in the UK, he has scored 10 half-centuries in 23 innings, averaging 48.23.

Yet something has been a miss. Dhawan at his best can be a dominating figure against the new ball. In this timeframe, he has been making his runs at a strike-rate of 85.34. A significant dip from his overall career strike-rate of 92.53 in ODIs.

When he was a regular appearance for India till the 2019 World Cup, Dhawan used to grab the opposition by the scruff of their neck and pull them down in submission.

Since the decline in the number of ODIs, he has been struggling to break free, with oppositions targetting him in the corridor of uncertainty, cutting down the trademark Shikhar Dhawan cover drive.

In England and even against the West Indies, Dhawan looked short of time at the crease and was hurried into his strokes on good batting surfaces. While England targetted him with the left-arm pace of Reece Topley and David Willey, West Indies showcased unexpectedly good discipline in sticking to the line outside off with a tight field.

To his credit, the left-hander still conjured up scores of 97 and 58 in Trinidad. But those came on the back of some lacklustre outings in the UK, also sandwiching a painstaking 31-ball 13 in the second ODI against the Calypso Kings. This was an opposition attack Dhawan should've dominated; instead, he was seen collecting runs without ever imposing himself.

Usually in cricket, the trait of losing steam at the crease and being short of time is attached to potential dispensability to the team. Dhawan has been facing a question mark on his sustainability for quite some time now, with youngsters breathing down his neck.

But India's Champions Trophy hero and World Cup top-scorer has earned himself the space and patience from the decision-makers. They would also recognise and respect that his issue is not as much about the lack of affluence at the crease as it is about the cause of it.

For Dhawan, the battle has been to overcome irregular game appearances, with lengthy gaps from one series to the other, making it extremely difficult for him to immediately refind his mojo. Regaining flow with the bat being a gradual process in his case, Dhawan requires farsightedness from the selectors, who would be better off ignoring his slow starts until there is a resurgence of frequent ODIs in the calendar ahead of the next year's World Cup.

When the number of ODIs proliferate again, the selectors and the management would be much better placed to truly judge where Dhawan stands with his game. Right now, he is in no space to live upto that examination, with hardly any game time under his belt.

For Dhawan, too, it's a moment for perspective and wait; control the controllables and let those elements combine for him again.

Waqt (Time) is of the essence for him, for therein lies his chance to survive and excel, refind his flow through regular matches and stand free of the question mark hovering over his head. Azaad.

“You want me and Shikhar Dhawan out of the side?” – Rohit Sharma’s hilarious response to Journo’s question about younsgters’ chances