IPL 2021: KKR vs RCB Game Plan – Do KKR actually possess the resources to “change the man”?

KKR vs RCB – The 30th match of the IPL 2021 tournament will witness the volatile Kolkata Knight Riders taking on their rivals Royal Challengers Bangalore at Ahmedabad. The head-to-head record between both teams doesn’t reveal much with KKR having a slight lead over RCB with a 14-13 record. Both teams possess some incredible hitting […]
By Manoj L Mon, 3 May 2021 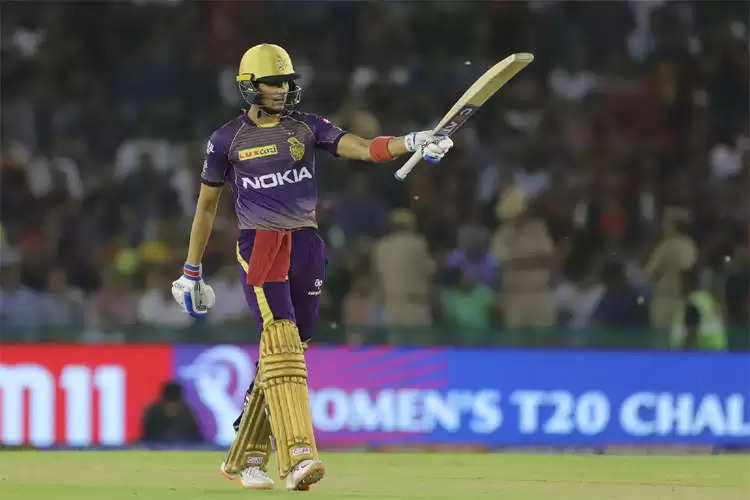 KKR vs RCB – The 30th match of the IPL 2021 tournament will witness the volatile Kolkata Knight Riders taking on their rivals Royal Challengers Bangalore at Ahmedabad. The head-to-head record between both teams doesn’t reveal much with KKR having a slight lead over RCB with a 14-13 record. Both teams possess some incredible hitting talent and let’s look at some game plans that could help both teams establish an edge over each other.

“If you can’t change a man, change the man” – This quote from KKR’s head coach Brendon McCullum after their team’s loss against DC has been trending all over social media in the past couple of days. It was directed at the opening pair of Shubman Gill and Nitish Rana, a result of their repeated failures to set a platform at the top of the order for their explosive middle-order to cash in on. KKR have scored at a strike rate of 118.25 in the Powerplay phase, the third-worst rate this season and averages 24.83 runs per wicket, the second-worst this season. In simple terms, the top-order neither scores quickly nor provides stability which puts undue pressure on their middle-order and exposes their power-hitters too early into the game. While it is understandable from McCullum’s perspective on changing the personnel at the top, do they have solid backups to carry out it?

Brendon McCullum said “We saw how Shaw play, that is how we want to play. You might not able to hit 4/6 every ball but you can show some intent especially when you given free license. It has become a theme so if you can’t change the man, change the man and bring fresh faces”.

KKR vs RCB: Who can replace Gill and Rana at the top?

KKR missed a huge trick by not acquiring a solid top-order player in the last couple of auctions despite them being available at dirt cheap rates this year. The acquisition of Morgan in 2020, a middle-order batsman hasn’t added much value to their team with the presence of Russell and Dinesh Karthik, two established T20 finishers. They seem to have put all their eggs on Gill, who hasn’t progressed as much as they would have liked in the T20 format. Their next best available option, Tom Banton pulled out of the tournament and they are left with Tim Seifert and a couple of local batters.

Seifert is an aggressive top-order bat but is still unproven against quality attacks and among the local options only Karun Nair stands out with his prior IPL experience but he had a poor SMAT this year and has been struggling with the bat for a while now. Sheldon Jackson had a good outing in the SMAT this year scoring 242 runs from 5 games at a strike rate of 155.13 but apart from his 82 runs against a Haryana attack comprising of Mohit, Chahal, Tewatia and Jayant, most of his runs came against lower quality attacks and it is doubtful whether he can replicate those performances against quality bowling attacks.

KKR simply doesn’t possess quality backup options due to their questionable auction strategy and while it won’t hurt to bring in a Seifert or a Karun Nair in place of Rana or Gill, they should look to promote Tripathi to the opening position. He is at his best in the Powerplay phase where he scores at a strike rate of 140.59, the seventh-best in IPL since his debut. RCB have been quite good with their bowling in the Powerplay phase this year largely thanks to Siraj and Jamieson both of whom have picked 4 wickets each but they are still vulnerable in the other two phases due to the decline in form of Chahal and lack of quality pacers apart from Siraj. KKR’s middle-order is capable of taking down this RCB bowling attack but it is possible only if the top-order holds its fort in the Powerplay and builds a solid base for the middle-order to cash in at the late middle-overs and at the death.

KKR vs RCB: Spin to win against RCB

RCB started their campaign with a four-match winning streak but they’ve endured a couple of losses from their next 3 games. Their bowling has been found out which includes mostly medium-pacers who lack the ability to threaten the opposition with pace and their best spinner over the years, Chahal has been going through a lean patch. Their batting order seemed rejuvenated after the arrival of Maxwell especially with the way he batted against spin in the Chennai leg with AB De Villiers carrying out his usual exploits in the death overs with Padikkal and Kohli chipping in at times. But they’ve been one of the worst batting units in the middle-overs phase this season scoring at a strike rate of 121.67, second worst after Sunrisers Hyderabad and averaging 22.22 runs per wicket, the worst figures in this phase. 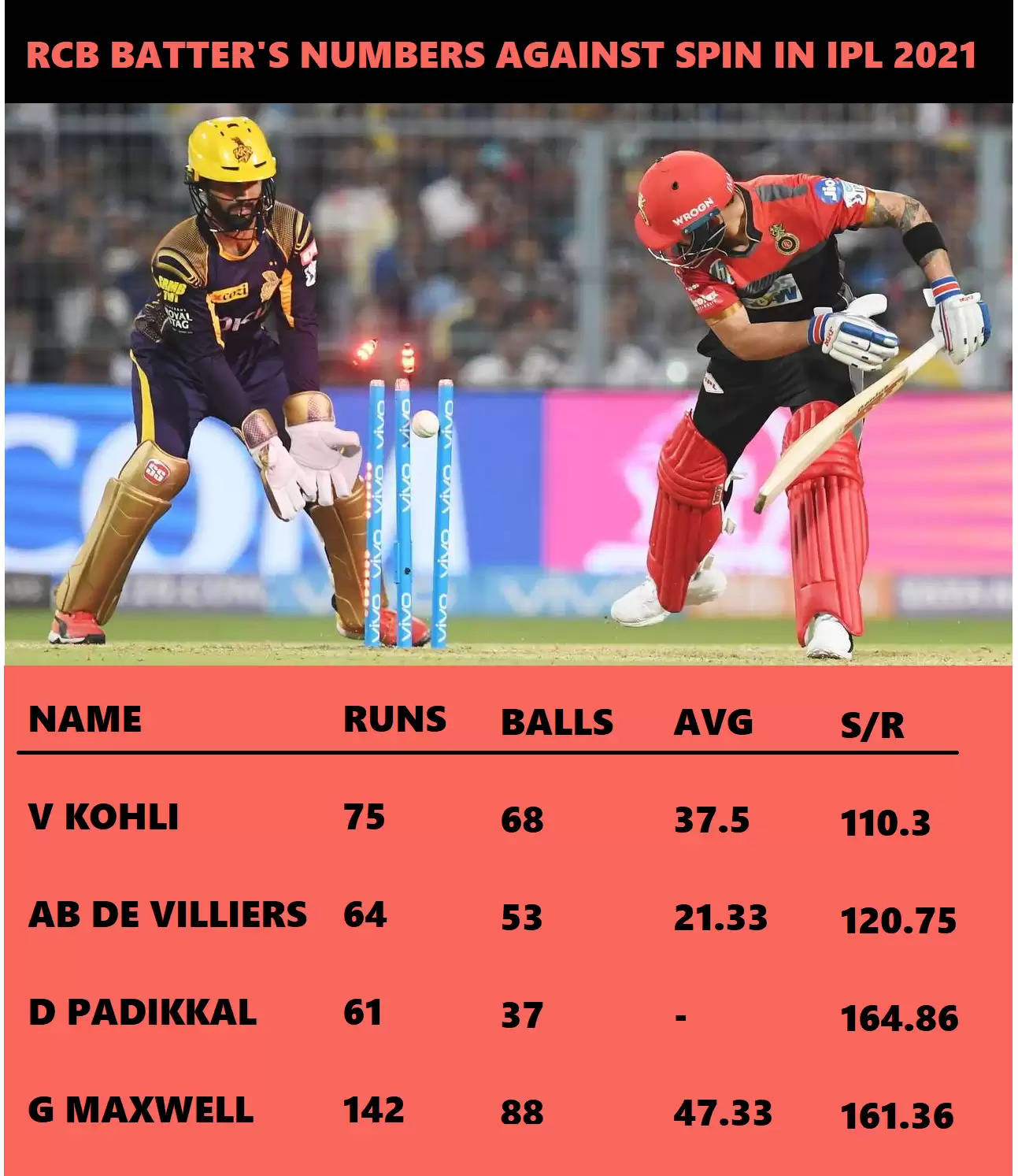 KKR should look to attack them right away with spin as they’ve done all through this season. Padikkal and Maxwell have been RCB’s best players against spin and dismissing them early hold the key to KKR’s success in this game. Padikkal can be contained by the pace of KKR’s fast bowlers and the two spinners in Varun and Narine and Maxwell is the sole threat and should be targeted by short deliveries by the pacers before bringing out Narine. If KKR manages to dismiss the top-order of RCB pretty quickly, they can afford to target AB de Villiers with Narine and Chakravarthy. de Villiers is suspect against googlies which Chakravarthy specializes in. But if they fail to dismiss their top-order quickly, no one can stop the carnage that de Villiers will cause at the death.