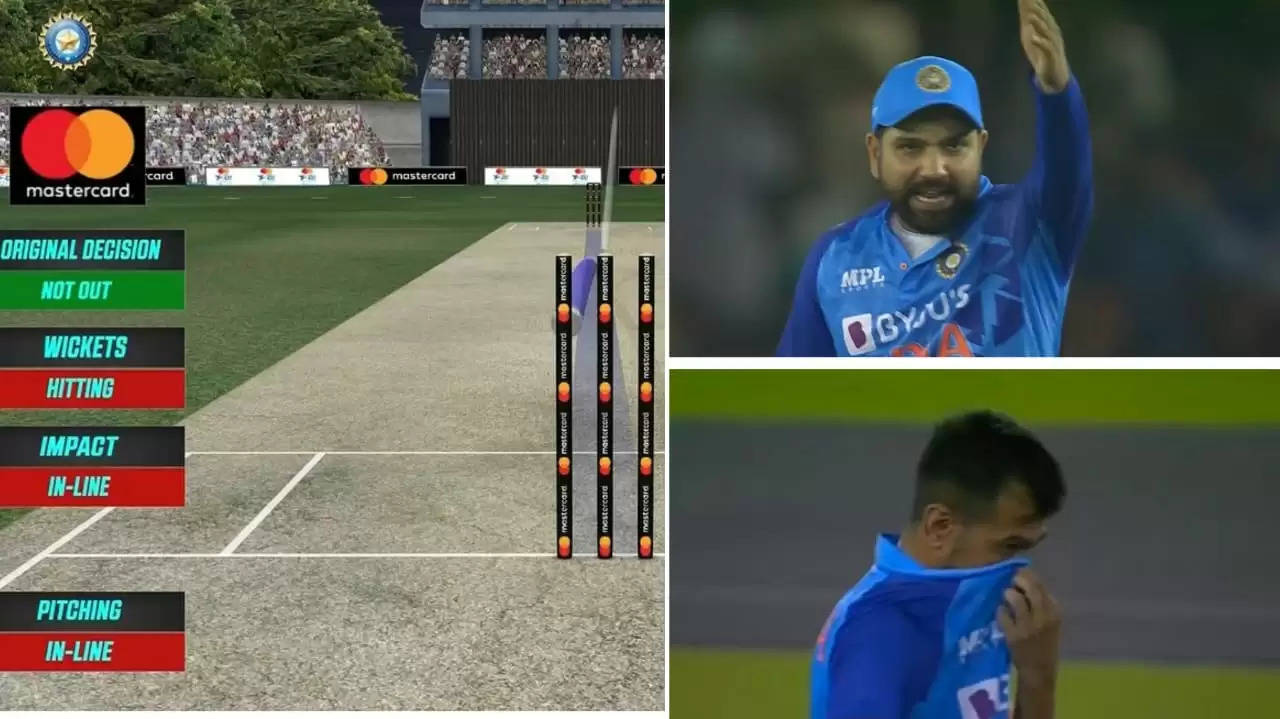 Aaron Finch walked in with a new opening partner in Cameron Green in the first T20I against India in Mohali on Tuesday. Green, overlooked from Australia’s squad for the upcoming T20 World Cup 2022 at home, got an opportunity at the top of the order in absence of David Warner, who has been rested, and the 23-year-old made impact with his brutal onslaught against spin and pace alike.

Green was at the receiving end during India’s first innings effort of 208/6, returning 1/46 from three overs, with him being struck for three consecutive sixes by Hardik Pandya in the final over.

He started off his innings with fours on each of his first four balls off Umesh Yadav, and added 39 in just 3.3 overs for the opening wicket with Finch. On the third ball of the fourth over bowled by Yuzvendra Chahal, the tall batter missed an attempted sweep and was struck on the pads, but the bowler and Indian fielders didn't show much interest. Much to their disappointment, the replays on the giant screen during the next over showed three reds on the hawk-eye, suggesting that India would’ve got the batter out had they reviewed.

Skipper Rohit Sharma, wicketkeeper Dinesh Karthik and Chahal all showed animated reactions, with Rohit venting out his frustration at the bowler.

Green would continue to give Indian bowlers a runaround, and rode his luck once again as Axar Patel dropped a fairly straightforward chance at deep mid-wicket whent the batter was on 42 off 20. Green soon got to his maiden T20I fifty, in just his second T20I, and was eventually dismissed for 61 off 30 by Axar. The all-rounder struck eight fours and four sixes during his belligerent display.