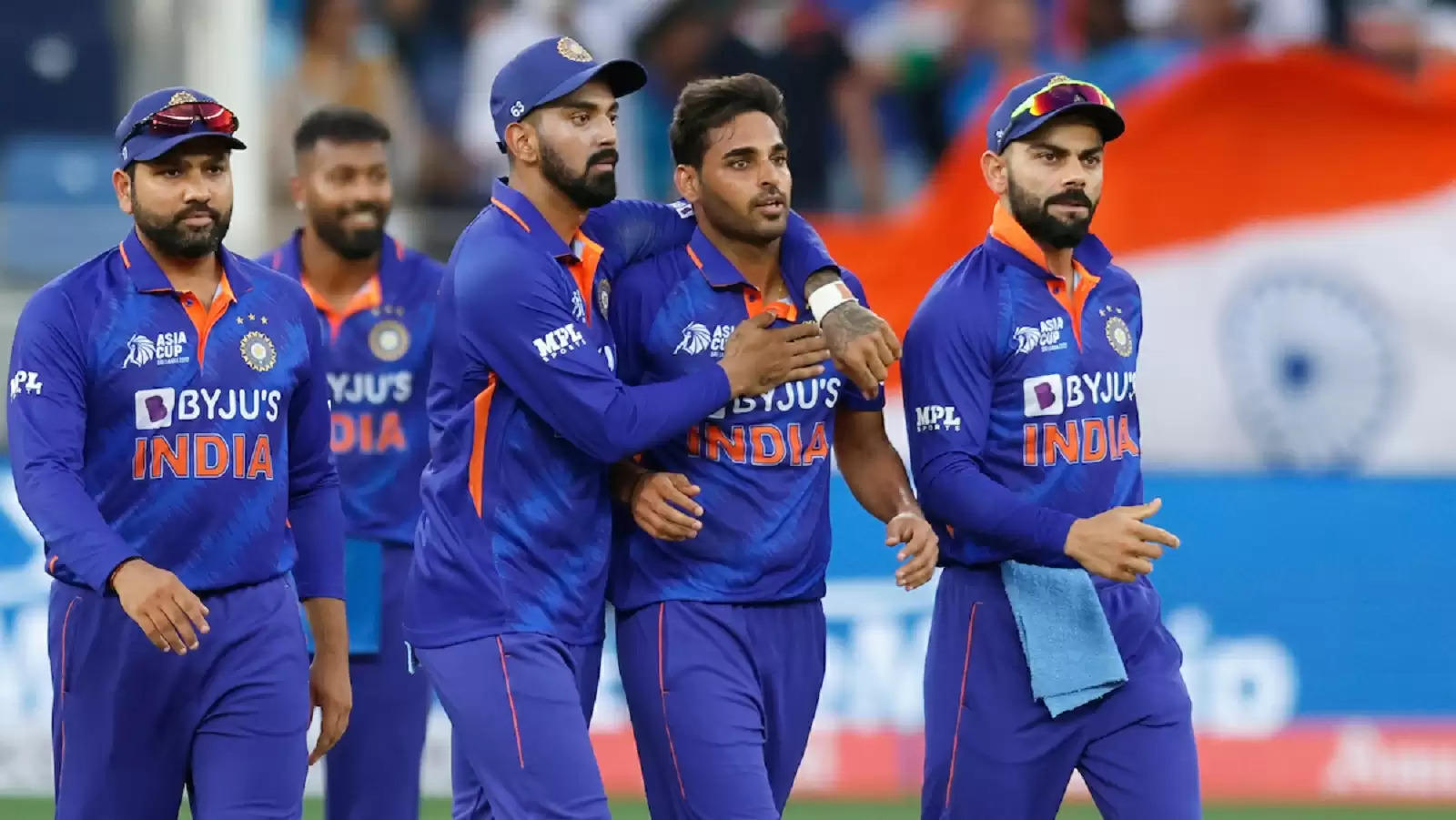 India named a strong 15-member squad for the T20 World Cup 2022 on Monday, with speedsters Jasprit Bumrah and Harshal Patel set to return after having missed out of the Asia Cup 2022 recently with injuries.

There are no major changes in the squad, despite India’s early exit from the Asia Cup 2022 following back-to-back defeats to Pakistan and Sri Lanka respectively.

India have named their #T20WorldCup squad

Aside from the 15 players, Mohammed Shami, Ravi Bishnoi, Shreyas Iyer and Deepak Chahar are named on standby#CricketTwitter pic.twitter.com/dwUpAKx792

Ravindra Jadeja picked up an untimely knee-injury during the Asia Cup, and his absence dented India’s balance significantly as India went down to Pakistan and Sri Lanka. Without him, India now have a major challenge in narrowing down a starting XI. Axar Patel has been picked, and looked at as a like-for-like replacement, but Jadeja having proved himself better on all three facets of the game, to go with his valuable experience puts additional pressure on the former. It further adds to the dilemma as to whom to pick as the second spinner after Yuzvendra Chahal. Ravichandran Ashwin lends experience and variety, but Axar adds more value with his fielding and ball-striking abilities.

Deepak Hooda gets the nod over Samson, Kishan, Iyer

Deepak Hooda perhaps benefited from Jadeja’s absence, with him likely to serve as the sixth bowling option should India go for a batting heavy XI. In terms of numbers, Hooda hasn’t exactly set the stage on fire barring his 47* and 104 in Ireland. The three other candidates who could’ve potentially challenged his place would’ve been Ishan Kishan, Sanju Samson and Shreyas Iyer. Samson’s superior skill-set against pace makes him an intriguing exclusion. While Kishan and Iyer have scored runs this year, the latter’s inclusion in reserves ahead of Samson does call for debate, given his struggles to keep the scoreboard moving, especially against pace.

Arshdeep Singh has risen through the ranks in recent years. He first stood out with his consistency in the IPL, which helped him earn a national call-up, and then blossomed in India colours. The left-arm seamer has bagged 14 wickets from 11 T20Is thus far, with an impressive economy of 7.39 with his overs being delivered either in the powerplay or at death. He bowled brilliantly at the death in the Asia Cup 2022, which prompted tones of appreciation from skipper Rohit Sharma.

With Jasprit Bumrah and Harshal Patel making a comeback - add to it the variety of Arshdeep - India’s seam attack looks well rounded. Bumrah and Arshdeep can be a lethal pair with the new ball, and all three can bowl at death, with Hardik Pandya too, adding another dimension to the attack.

Does being the lone left-hander help Rishabh Pant fit automatically in the starting XI?

Rishabh Pant has been a proven-match winner in Test cricket, and struck a series-clinching ODI hundred against England earlier this season, but hasn’t quite lived up to his reputation in T20Is. India are likely to stick with Rohit Sharma, KL Rahul, Virat Kohli and Suryakumar Yadav as their top-four, and with Hardik Pandya too, a certain starter, Rohit will have to choose one or two of Hooda, Pant and Dinesh Karthik in the final XI. While Hooda lends an extra dimension with his off-breaks, Karthik has had an unparalleled run as a finisher in recent times, and his services were clearly missed during India’s two defeats in the Asia Cup. Given the current form, Pant walks into the starting XI largely on reputation and him being the left-handed option in top-six.

Unlucky for Ravi Bishnoi, but bright future ahead

Ravi Bishnoi, the breakout star from the U19 World Cup 2020 in South Africa, has progressed leaps and bounds since, and the consistency in the IPL earned him an India call-up earlier this year. He has bagged 16 wickets from just 11 T20Is thus far, dismissing the likes of Babar Azam, Shimron Hetmyer (twice), Moeen Ali, Dawid Malan, Roston Chase, Rovman Powell, Brandon King and Paul Stirling, while maintaining an excellent economy of 7.09.

Despite that, he finds a place among the four stand-by players, with Ashwin and Axar inching ahead given their all-round skills. It’s unlucky for Bishnoi, who can play in the XI even alongside Chahal, given his reliance on googlies and a different pace and trajectory. He’s 22 still, and surely, there’s a bright future ahead.