Tear away fast bowlers are a delight to watch. Well, not just to watch but for the greater good of the sport as well. It is one of the main reasons why every country loves to have at least one or two genuinely quick fast bowlers in the playing eleven. They might be injury-prone as […]
By Gomesh Shanmugavelayutham Thu, 2 Jul 2020 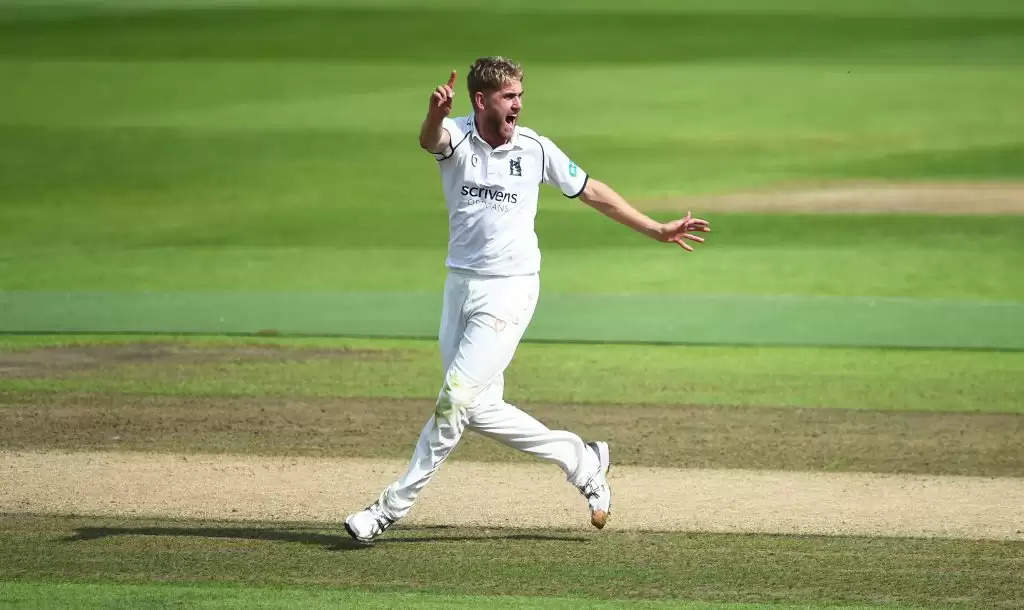 Tear away fast bowlers are a delight to watch. Well, not just to watch but for the greater good of the sport as well. It is one of the main reasons why every country loves to have at least one or two genuinely quick fast bowlers in the playing eleven. They might be injury-prone as we have seen with Mark Wood and Jofra Archer in recent times for England. But when fit, the value these fast bowlers bring is pivotal, much like the case of Olly Stone.

In the last few years, the number of former players and commentators who have raved about Olly Stone and his ability to bowl fast is way too many. It starts from a common cricket fan and goes up to Bob Willis. “England certainly needs a genuine paceman. We have got few and far between. We have got great bowlers in (James) Anderson and (Stuart) Broad, but if we could have a paceman who stays fit and bowl at 90 MPH for sustained periods, that would be terrific,” said Willis while talking to Warwickshire CCC.

Where it all began

So what’s all the fuss about Stone? Though he made his debut in county cricket as a teenager for Norfolk County Cricket Club in the 2011 Minor Counties Championship, Stone had been the part of the Northamptonshire Cricket Academy second XI since 2009. His T20 debut was a memorable match, ironically, not for him, but to Paul Collingwood, who took a hat-trick. Stone was the last of the three wickets. Slowly, he grew up the ranks, and by 2012, he was a county regular for Northants.

Olly Stone gets his first England call-up with spot on the ODI tour to Sri Lanka. Exciting pick. Can bowl

In 2013, Stone was playing for England U19 and was the captain during the England Under-19s tour of South Africa. In the second Youth Test against South Africa U19, Stone took more than five wickets in both the innings and ended up with the figures of 11 for 79. Though England lost the match, his performance remains a record till date for the best performance by an England U19 player. Over the next two years, Olly Stone made a name for himself in the county circuit.

By 2015, Stone had built a reputation for himself as a genuine fast bowler. He was even selected for the England Pace Performance programme which was happening in South Africa. However, his back problems resurfaced, and that was just the beginning of Stone’s hate to love story with injuries. The most unprecedented one probably would be when he landed awkwardly after celebrating the wicket of Moeen Ali in the 2016 T20 Blast match between Northants and Worcestershire. Stone couldn’t complete the over and was helped on his way back to the dressing room.

During the 2018 tour of West Indies, he was a part of the squad. He suffered a lower back stress fracture that kept him out of action for six weeks delaying his Test debut. Soon after his debut in the Lord’s Test against Ireland in 2019, the back injury resurfaced. For someone who was in contention for the Ashes series that followed, it would have been heartbreaking. “There were times, like watching the Ashes, when I felt really down. To see the other guys out there and to be with that squad at the start of it and then to be told you can’t take part anymore, that is tough mentally. That taste of Test cricket makes you want more,” he said ESPNCricinfo a few months back.

Despite the constant injury setbacks, the one thing that has made him special is his pace. Even after missing the rest of the season after the Moeen Ali incident in 2016, counties showed great interest in him, and he eventually moved to Warwickshire. It wasn’t until 2018 Stone set the stage on fire. He took 43 wickets in seven matches for Warwickshire at a ridiculous average of 12.20. In his Championship home debut, Stone took 8 for 80 against Sussex. He had an accurate short ball, sharp in-swinger, and he used them both with pace.

On the back of his consistent performance, Stone was picked for the Sri Lanka tour where he made his One Day International debut. Now, one must remember that this was before Jofra Archer came into the scene and Mark Wood, well, was not the same bowler as he is right now. Stone was one of the very few genuinely quick fast bowlers in the county circuit. Ashley Giles, who was then the Warwickshire’s director of cricket called Stone a ‘Ferrari’.  “You have to manage him with kid gloves. I think if you’re expecting Olly to play every day and be at it, he’ll break down. He’s a Ferrari. With many bowlers – your BMWs or your Audis – you just get in and go but if you have someone who bowls at pace and has had his history of injury you have to treat them very carefully,” he said to ESPNCricinfo.

From not having one genuine quick bowler in the playing eleven, England has reached a stage where they have multiple options to pick from. Though they have Anderson, Broad and Chris Woakes, the hit-the-length-hard fast bowlers are hard to come by. Now, they have Stone, Wood or Archer to pick from. But, what has to be considered is whether England would have the services of Anderson and Broad fully fit for the next Ashes down under.

For Stone, this could be the second coming in English cricket, despite the short initial run that he had. He might not be the most skilful one. Nevertheless, his pace, despite his limited skill-sets, could be very handy, especially, in Australian conditions. The best part is that he has to compete with the likes of Wood, Archer and Craig Overton. Though he hasn’t bowled in the intra-squad warm-up match so far, we can be assured that if and when he gets a chance in this series, Stone would be ‘terrorising batsmen‘ as he said he would.