What exactly is the plan for India in ODIs?

India won the three-match series 2-1 and clinched their maiden ODI series win in England in eight years, but what exactly is going on with their ODI team?
By Kashish Chadha Fri, 22 Jul 2022 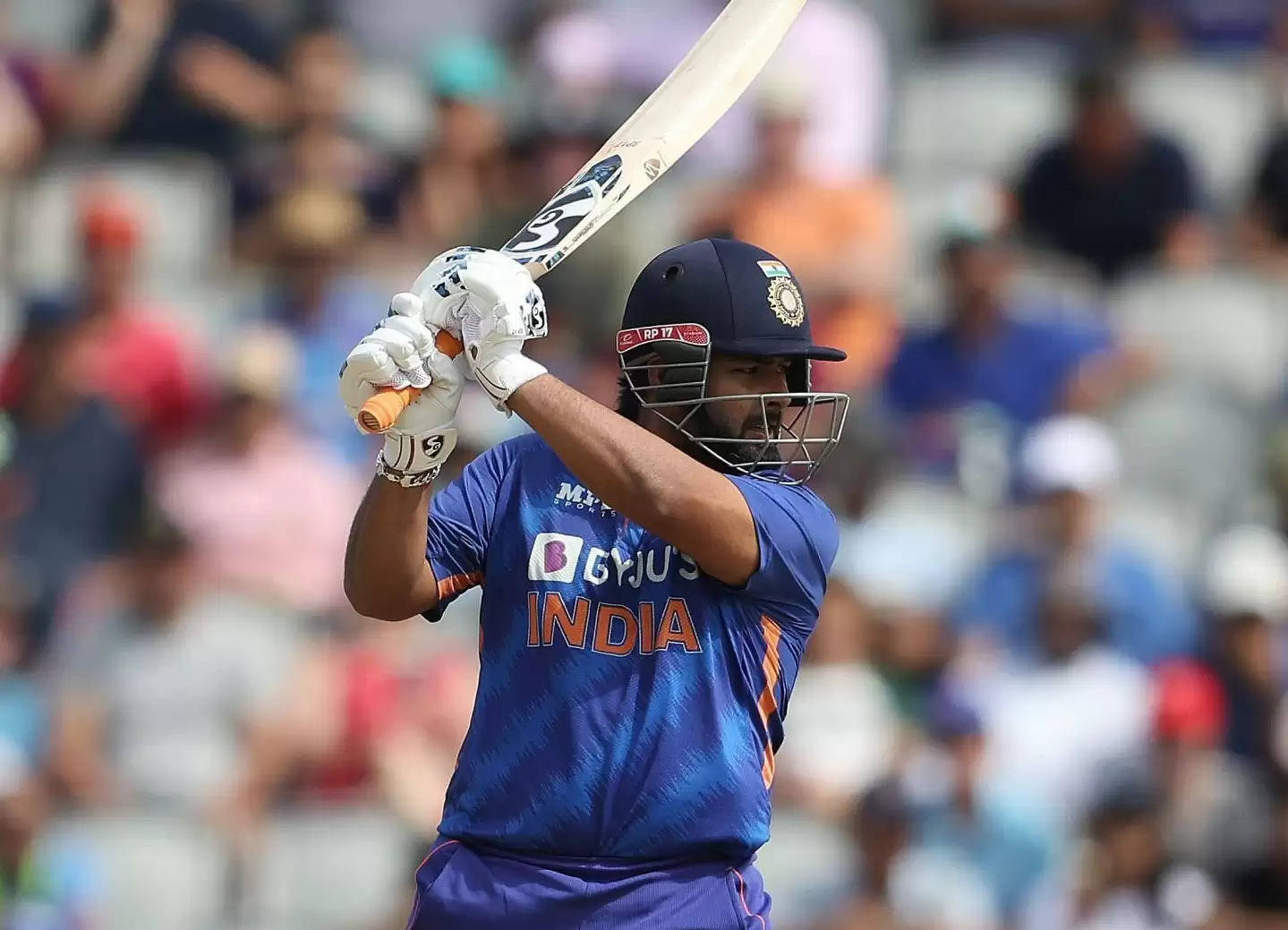 Virat Kohli's struggles, Rishabh Pant's dominance, the return of Hardik Pandya and short-ball ploy... what we learnt about India's start to the journey towards the 2023 ODI World Cup

The last two games of the series at Lord's and Manchester once again exposed India's soft underbelly against left-arm pace with the new ball. The visitors looked clueless at the top, reduced to 28 for 2 and 43/3 at the end of the first powerplay, against the incisive new-ball bowling from David Willey and Reece Topley.

Rather than the skills, it was the indecisiveness in their approach while trying to tackle Topley's swinging ball at height and pace that brought about a downfall, as they tried to attack the bowler off his lengths and failed, and tried to defend their way out of trouble which again produced a similar outcome.

This was a worrying reminder of the team's longstanding issue against left-arm fast-bowling, an issue they'll need to counter by overcoming their technical loopholes. Going back defending on the length rather than constantly pressing onto the frontfoot could be one solution.

Nothing will change till Kohli changes

With as many as nine half-centuries in his last 20 innings in ODIs, it may seem unfair to go after Virat Kohli for his twin failures against England. But the unerring similarity between his dismissals, part of a larger trend with his game, does make you worry for him and thereby arises a question: will things really change until Kohli changes?

For far too long now, Kohli has been carrying an excessive fronfoot press with a stance taken a foot outside the popping crease. Bowlers are smarter than they were in their execution and the great Indian batter is now finding it extremely difficult to get runs out of this technique.

By constantly pushing forward, Kohli maybe trying to cut down some of the movement that the pacers generate against him. But in the process, he is nullifying his scoring opportunities on the backfoot and is going hard at balls that he would either safely leave or be able to guide it along by adjusting to the movement. As a result, his bat tends to follow the ball outside off for edges without his feet getting to the pitch of the ball.

Important to be patient with Shikhar Dhawan

International comebacks don't come easy. They are harder than when you first hold the bat in hand playing for India as Shikhar Dhawan found out in what were a difficult set of matches for him. The experienced left-hander was making his return to India colours after January and expectedly looked out of sorts, making scores of 31* off 54, 9 off 26 and 1 off 3 in the respective outings.

That said, though, a poor series versus England shouldn't lead to doubts on Dhawan's place at the top of the order. Despite growing concerns around his age and diminishing ability, the experienced left-hander averages 46.94 with 8 fifties in ODIs since returning injured from the 2019 World Cup. It's a record that commands patience.

Rishabh Pant at No.4 is here to stay

An unbeaten 125 off 113 to win India a series-decider after walking into a collapse - Rishabh Pant's Manchester epic would go down as one of the finest one-day innings played in recent history. An innings that left you amazed by the player's incredible range and made you wonder why did he have to wait until his 27th game for a maiden ODI century. Pant should be piling them on regularly.

The knock at Old Trafford displayed a different side of Pant the batter, one willing to wait, be patient, and take the game deep before exploding. It took him 71 balls to reach his fifty while he resurrected the Indian innings alongside Hardik Pandya. Pant scored his next 75 runs off just 42 deliveries to take India home.

Him batting at No.4 - a brainchild of head coach Rahul Dravid, a firm believer in left-right combination - is a ploy here to stay as he now showcases greater flexibility and maturity in how to approach specific situations. Dravid would love for Pant to continue in this vein and build from strength to strength in build up to the World Cup next year.

It took Hardik Pandya only three games to set the record straight and reinforce that he is the torch-bearer amongst the seam-bowling all-round options in Indian cricket. Standing rejuvenated with his fitness, Pandya bowled at his optimum speeds and got crucial wickets in the first two one-dayers.

It helped Pandya that India had the luxury of Ravindra Jadeja at No.7 for him to co-share fifth bowler's duties. When they bowl together and provide powerhitting duties down the order, India have a perfect balance in place.

The third one-dayer is when Pandya truly peaked with either skill, delivering an outstanding spell of 4 for 24 and backing that up with a game-transforming knock of 71 off 55 deliveries in a defining stand with Pant. When Pandya is on song, India have no one as impactful and dynamic as him.

Ever since India's pace transformation has kicked in, their seamers have tended to hit the deck hard and keep shy off the floaters in search of swing. Budget for that, and yet it was clear that team bowled an alarmingly high number of short balls in this ODI series against England.

This was more of a well-planned strategy than individual instinct at the top of the bowling mark, for the likes of Jasprit Bumrah, Mohammad Shami, Prasidh Krishna, Mohammed Siraj and Pandya all tried to push the England batters back with pace and bounce, especially in the last two one-dayers.

India's felt confident undoing England's attacking batters with the short-ball in the middle-overs and were not dependent heavily on Yuzvendra Chahal's wristspin. Chahal still took wickets, but what reflected a long-term strategy was the usage of Pandya for the short-ball ploy after the first powerplay. As per ESPNcricinfo data, Pandya bowled only one full-length ball in his seven-over spell at Old Trafford.

India placed their boundary riders and played to the ego of the Englishmen, who tried aerial strokes to nullify India's plans but lost wickets in the process.

Dravid was chuffed by the strategy coming to fruition and indicated in his delight the persistence with it going ahead. "We were fantastic with the ball," he told BCCI. "It was exceptional the way we bowled. That was a really good wicket, and to be able to restrict a team like England to 260 [259], we did fantastically well. We picked up a few wickets upfront, then they built a partnership, but I thought our tactics and strategy was absolutely brilliant."

"At the back end, to bowl the short ball with fielders in place, really credit to the team and captain for working on some really good strategies. It really came out really well."