Everything you need to know about Samarth Vyas, the latest Indian to register a List A double hundred.
By CX Staff Writer Sun, 13 Nov 2022 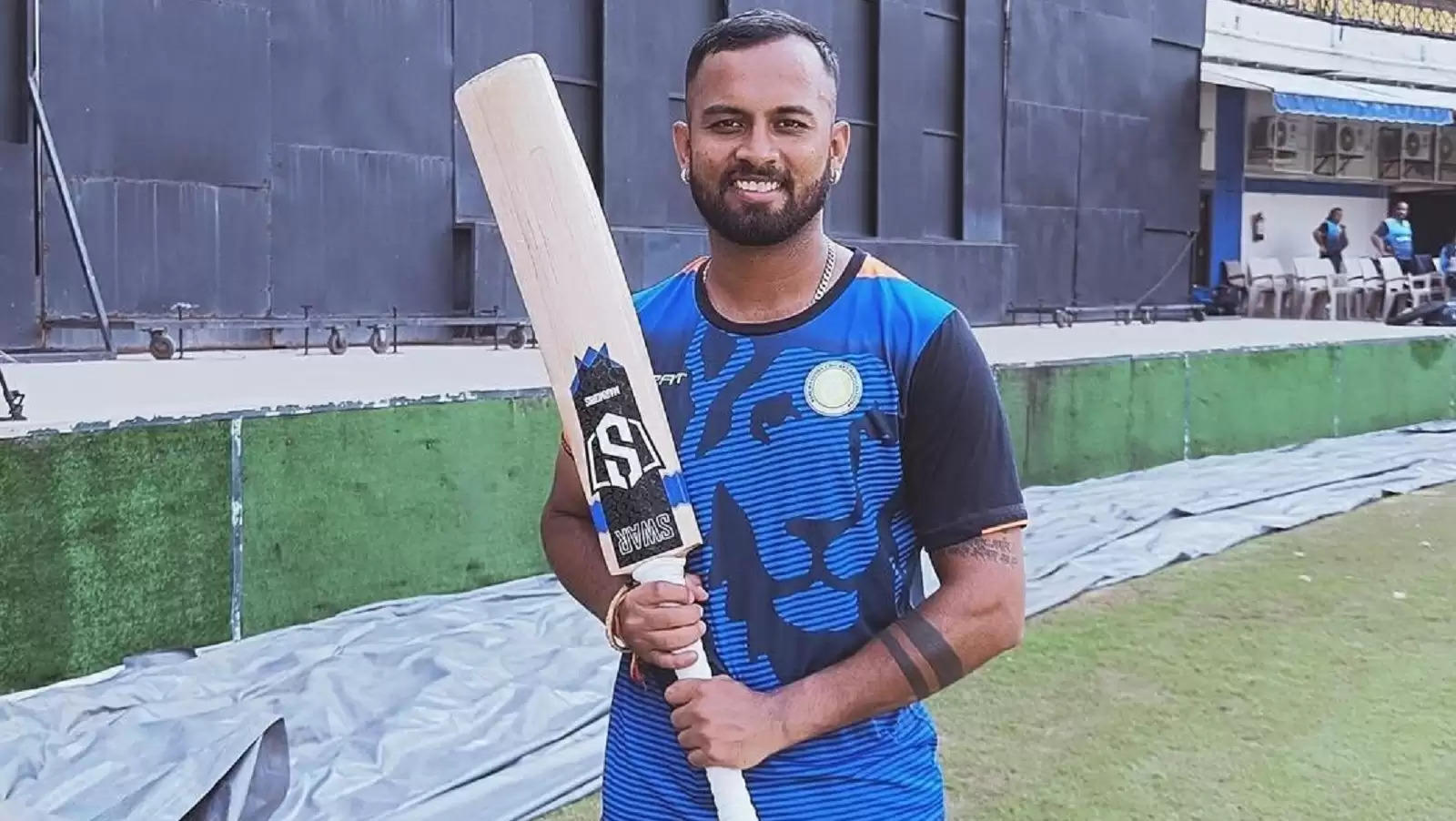 Samarth Vyas struck 200 off 131 for Saurashtra against Manipur in a Vijay Hazare Trophy 2022 clash on Sunday.

Saurashtra’s Samarth Vyas managed to grab the headlines amidst the T20 World Cup 2022 final excitement, joining the likes of Sachin Tendulkar, Virender Sehwag and Rohit Sharma among others in a landmark batting achievement. Vyas became the eighth Indian men’s batter to register a List A double hundred, getting to the milestone in the ongoing Vijay Hazare Trophy 2022.

Vyas struck 200 off 131 for the Jaydev Unadkat led Saurashtra against Manipur in an Elite Group A match played at the Jamia Millia Cricket Ground, Delhi on Sunday on November 13. He added 282 runs in 36.3 overs with fellow opener Harvik Desai, who himself scored 100 off 107. Vyas’ knock, which included 20 fours and nine sixes, powered Saurashtra to 397/4 in the allotted 50 overs.

Manipur were bundled out for 115 in 41.4 overs in response, with left-arm spinner Dharmendrasinh Jadeja returning 10-6-10-7 in a brilliant display.

Who is Samarth Vyas?

Samarth Vyas is an aggressive right-handed batter from Saurashtra. Born on November 28, 1995 in Rajkot, Vyas represented the state at the Under 16s and Under 19s level, before making into their first-class, List A and T20 teams.

Vyas joined Sachin Tendulkar, Virender Sehwag, Rohit Sharma, Shikhar Dhawan, Sanju Samson, Prithvi Shaw and Yashasvi Jaiswal in a select list of India batters to have registered List A double hundreds. He became the fourth to do so in the Vijay Hazare Trophy, after Shaw, Samson and Jaiswal.

He occasionally bowls wrist-spin, which has fetched him four wickets in first-class format and one in List A.