Former Pakistan paceman Shoaib Akhtar recalled the tense altercation between him and Harbhajan Singh from the 2010 Asia Cup clash in Dambulla.
By Roshan Gede Fri, 26 Aug 2022 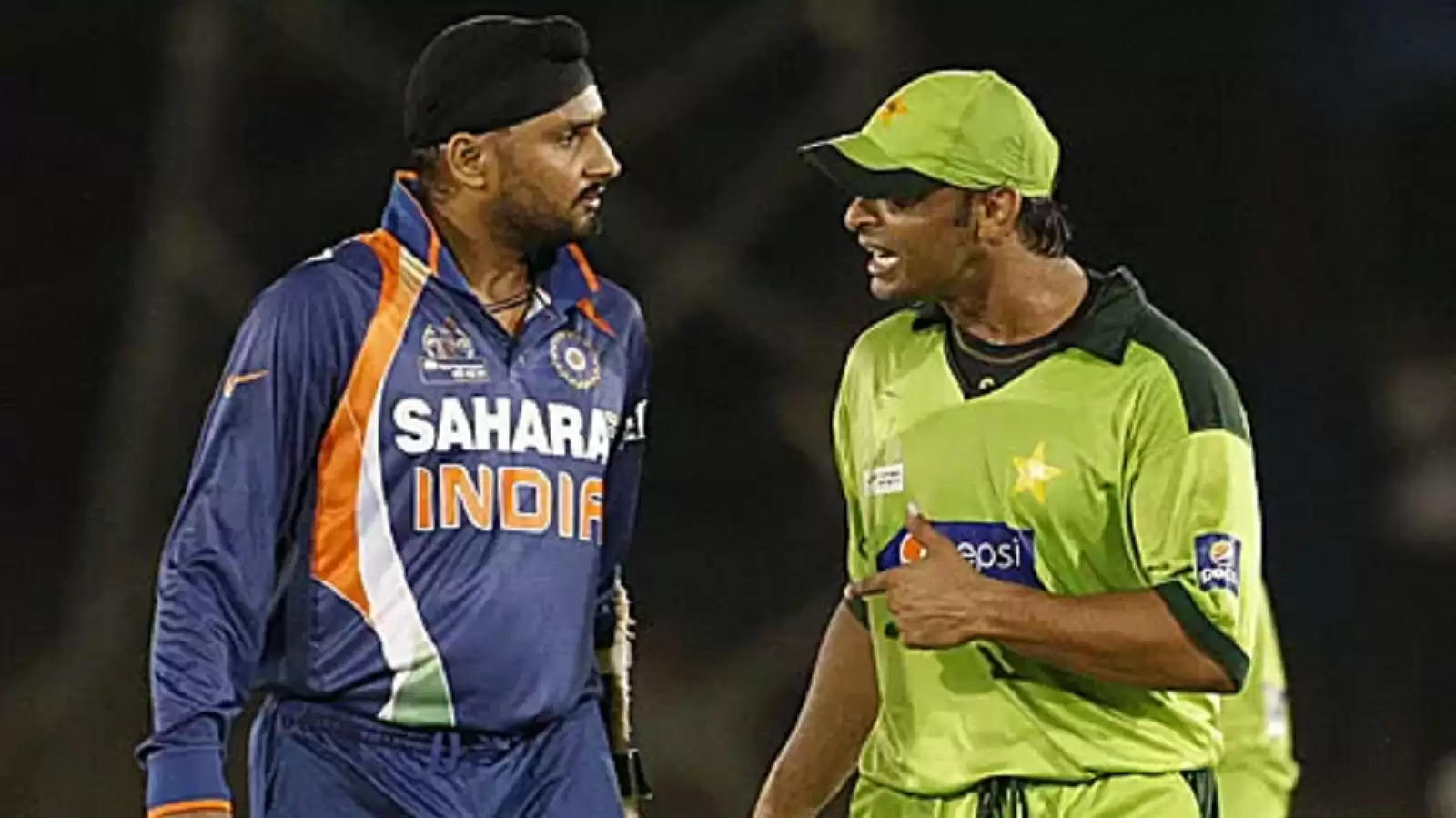 “He is a Punjabi brother and yet he will misbehave with us?”

Shoaib Akhtar and Harbhajan Singh boasted entirely different skill sets - one being the fastest bowler of the world in his prime, the other a shrewd and impactful off-spinner. The two, however, were the same in terms of aggression, and have their history of several on-field feuds.

One of them involved both going at each other, dating back to the India vs Pakistan Asia Cup encounter in Dambulla in 2010.

Harbhajan had joined Suresh Raina in a tense run-chase of 268, and Akhtar had a go at him at several junctures during his stay at the crease, a sequence that had started when India’s No.8 in the game had smashed Akhtar for a six over cow corner early in his innings. On the final ball of the penultimate over, Akhtar unleashed a bouncer and Harbhajan missed the ball entirely while going for a pull. Akhtar had another go with an earful, before umpire Billy Doctrove intervened to calm things down.

With three needed off two, Harbhajan smashed Mohammad Amir for a soaring six over mid-wicket and roared with his arms aloft, celebrating wildly while staring at Akhtar.

Asia Cup 2010. A thrilling India v Pakistan game on progress. @harbhajan_singh hits Shoaib Akhtar for 6. Shoaib, perhaps fustrated, has a go at Bhajji before the final over. When 3 runs were needed of 2 balls, Harbhajan hit a six! See Shoaib's reaction after that hit 😂 pic.twitter.com/VYPLUOJzoB

More than a decade later, Akhtar revealed that he went looking for Harbhajan after the game to have a fight.

“I went looking for Harbhajan Singh in the hotel room to fight with him,” said Akhtar in a video interview on the Helo app. “He eats with us, roams around with us in Lahore, culture is similar to us, he is a Punjabi brother and yet he will misbehave with us? I thought I will go and fight with him in the hotel room. He knew that Shoaib was coming. But I couldn’t find him. I calmed down the next day and he had also apologised.”

Harbhajan too, had confirmed the incident in the past.

“Shoaib once threatened me that he would come to my room and beat me,” Harbhajan said. “I told him ‘come, let’s see who beats whom.’ I was really scared. He is a great hulk. He once bashed me and Yuvi (Yuvraj Singh) inside a room. Since he was heavy, it was difficult to catch him.”

Raina, who had himself struck a valuable 34 off 27 in the closing stages, reminisced the episode during an Instagram live session with former India all-rounder Irfan Pathan.

“Bhajju paa was a fighter. I remember he had some argument with Shoaib Akhtar but then hit a six to win the match for us,” Raina had said.

Earlier in the Indian innings, Gautam Gambhir and Kamran Akmal were involved in a heated exchange over the latter’s excessive appealing.

“It wasn't cool today. With a match like this, especially against Pakistan, you can never be cool. Thanks to Bhajji, you can call him an all-rounder now,” MS Dhoni, the India captain then, had stated after the game.