IPL 2020: Latest News, developments, NOCs, venues and all the why, how, when, where questions answered

There has been a lot of speculation around the 13th edition of the Indian Premier League (IPL). It was first supposed to be held between 29th March and 27th May. The COVID-19 pandemic forced the tournament to be first deferred to April 15th before it was postponed indefinitely. Also Read: Can you name all bowlers with […]
By Sahil Jain Fri, 24 Jul 2020 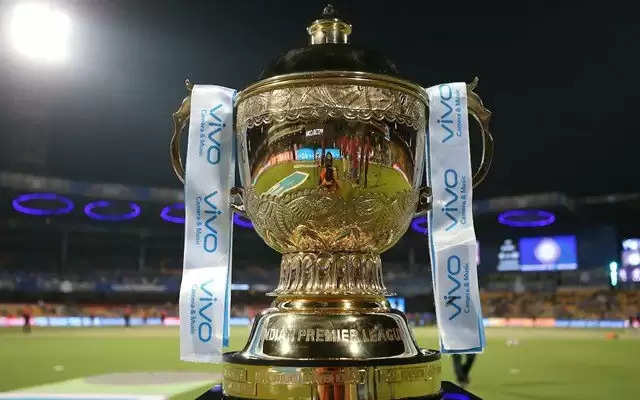 There has been a lot of speculation around the 13th edition of the Indian Premier League (IPL). It was first supposed to be held between 29th March and 27th May. The COVID-19 pandemic forced the tournament to be first deferred to April 15th before it was postponed indefinitely.

Also Read: Can you name all bowlers with 20 or more wickets in powerplay phase of IPL?

The pandemic disease which has affected almost every nation in the world forced the International Cricket Council (ICC) to cancel this year’s T20 World Cup which was due to take place in Australia. The showpiece event has been pushed to 2022.

And the cancellation of the T20 World Cup opened up a window for the IPL. No other teams have any bilateral commitments and hence, the IPL is all set to take off and be played in the United Arab Emirates (UAE) from September-November.

Here are a few FAQs surrounding the 2020 season of the mega Indian T20 league.

When is the tournament slated to be scheduled?

According to reports, the BCCI is planning to stage the tournament in a seven-week window. 19th of September is likely to be the start date and the final is expected to be played on the 10th of November. It will be the first time that an IPL final is going to be held on a weekday. However, it is understood that the TRPs and viewership may not be affected as it is the Diwali week in India.

Star India, the official broadcasters of the IPL were concerned with the ending of the tournament. They wanted it to extend till 15th of November which is a festive weekend (Diwali) in India so that they could rake in big advertisements and generate more revenue in this time of crisis.

But with India due to tour down under for their proposed Border-Gavaskar Trophy and with the quarantine rules, the Indian Test team will fly to Australia soon after the IPL from UAE. Therefore, the IPL is likely to start on the 19th of September and end on the 10th of November.

Where is the tournament going to be played?

The BCCI wanted the 2020 season of the IPL to take place in India. However, with the coronavirus cases constantly on the rise in the country, it does have a lot of risk. Hence, it was decided that this year’s IPL needs to be held outside India and in the end, UAE was picked as the venue.

Why UAE as the host for the IPL?

Sri Lanka also offered to host the IPL this year. The island nation has controlled the coronavirus quite a bit and don’t have a lot of cases either. However, the BCCI decided to move the Indian T20 league to the middle-east and UAE was zeroed in as the host. There are quite a few reasons why BCCI and the IPL Governing Council might’ve picked UAE as their choice.

UAE has hosted the tournament before. Back in 2014, the first 20 matches of the 7th edition of the IPL was hosted in the UAE due to the general elections in India. There are two cities in the UAE which can produce a bio-secure environment or a bubble, somewhat similar to what England did with Manchester and Southampton.

The three cities which hosted IPL games previously are not too far apart from each other. The commute is not too long between these venues as well. While Abu Dhabi takes 90 minutes from Dubai via road, Sharjah is just a half-an-hour drive away from Dubai. Thus, the teams can be stationed in Dubai.

Another big reason that UAE has been picked as the host might be due to the superior infrastructure. Not only in terms of teams and players being stationed but even the practice facilities are of top-notch quality in most parts of UAE. Moreover, flight connectivity is excellent as well.

What about the stadiums in the UAE?

The Dubai Sports city consists of two grounds – the Dubai International Stadium and the ICC Academy. While the former has as many as nine pitches, the ICC Academy has loads of facilities built-in in the ICC complex. There are 38 pitches which are distributed over two grounds. In fact, there are about six indoor pitches as well along with some superb state-of-the-art indoor facilities.

There are a number of grounds that can stage games, including the three Test venues – the Dubai International Stadium, the Sheikh Zayed Cricket Stadium in Abu Dhabi and the Sharjah Cricket Association Stadium. The ICC Cricket Academy Ground has hosted quite a few ODI and T20I matches as well. There are a couple of Dubai Cricket Council Grounds. Abu Dhabi also has a couple of smaller grounds in the complex of the Sheikh Zayed Cricket Stadium. Tolerance Oval (Nursery 1) which hosted a T20I between UAE and Australia back in 2018 and the Nursery 2.

Thus, be it for practice or staging games, UAE seems ready with all the facilities and various grounds at its disposal.

What about the crowd and the fans?

UAE has had nearly 58,000 coronavirus cases. However, more than 50,000 of them have covered and the death toll (342) has been pretty controlled as well. Hence, there is a big possibility that fans could fill up the stadiums, at least in some capacity for this cash-rich T20 league. But that will be subject to government clearance and approval.

Which nations have agreed to give NOC?

For players to take part in any T20 league around the world, the respective cricket board needs to hand them a No Objection Certificate (NOC). Despite the dates and the scheduling of the IPL being slightly unclear, two nations have come out and openly said that they are going to provide NOCs to their players taking part in the IPL. New Zealand Cricket (NZC) and Cricket South Africa (CSA) have allowed their players to travel for the IPL.

While South African cricket board is ready to provide NOCs but the South African borders are still closed for international travel as the government hasn’t lifted the lockdown yet. Hence, this is one aspect that needs more clarity.

There are six New Zealand cricketers who have IPL contracts for this year. Kane Williamson will play for Sunrisers Hyderabad (SRH). Lockie Ferguson is due to represent Kolkata Knight Riders (KKR). James Neesham has been picked by Kings XI Punjab (KXIP). Mitchell Santner is contracted by Chennai Super Kings (CSK). Trent Boult and Mitchell McClenaghan will turn out to play for Mumbai Indians (MI).

As far as South African cricketers are concerned, 10 of them have IPL contracts for the 2020 season. AB de Villiers will be joined by Chris Morris and Dale Steyn at Royal Challengers Bangalore (RCB) while Faf du Plessis, Lungi Ngidi and Imran Tahir will continue to play for CSK. Quinton de Kock is at MI while David Miller was bought by Rajasthan Royals (RR) in the auction. Kagiso Rabada will turnout for Delhi Capitals (DC) and Hardus Viljoen is going to play for KXIP.

The other nations are expected to follow suit as well once the plans and the schedule is confirmed by the BCCI. As many as 64 overseas players have been signed for this year.

Any cricket that is going to be affected?

The only international cricket that is on is in England. England have a hectic cricketing summer. They have already faced West Indies in two Test matches and one is due to start today (24th July). Ireland are due to play England in three ODIs soon after the current Test series is over. England face Pakistan in three Tests and as many T20Is between August 5th and September 1st.

Australia are due to fly to the United Kingdom (UK) and face England in three ODIs and as many T20Is. That tour is due to start on the 4th of September and end on the 15th of the same month. Hence, England and Australian cricketers might miss the first couple of matches if the IPL starts on the 19th of September and there are certain quarantine rules.

Sri Lanka are due to host the Lankan Premier League from August 28th to September 20th  and hence, Sri Lankan players might have to miss the first week or so.

The 2020 edition of the Caribbean Premier League (CPL) is scheduled to start on the 18th of August and the final is due to be played on the 10th of September. But with the Caribbean islands not really affected by the COVID-19 pandemic, players can fly in directly from there and won’t have a problem of match practice either.

When are the players and the franchises scheduled to assemble in UAE?

With quite a few players in lockdown from four months, there has been very little cricketing activity for them. Hence, most players will need at least a month’s time to train and get back in shape. The franchises are expected to leave their base on the 20th of August and train in the UAE.

There has been quite a bit of positive news around the IPL 2020 and the possibility of the 13th edition taking place. However, there are a few unanswered questions as well. The BCCI and the IPL Governing Council are due to meet in the coming days to discuss on a few important pointers including the dates, venues and the scheduling of the IPL 2020 along with the bio-secure of bio-bubble environment for the players and the support staffs. The IPL franchises need to be issued a Standard Operating Procedure (SOP) as well for training, staying and various other aspects.

But all in all, the IPL is all set to take flight and the 13th edition of one of the best T20 leagues in the world is likely going to be a reality.