Australian all-rounder Mitchell Marsh, who has recovered from a wrist injury, on Friday said he’s enjoying his Big Bash League stint and looking forward to returning to the national side. Marsh was set to be in contention for national duties this summer until he broke his wrist while punching a wall in frustration after being […]
By PTI Fri, 17 Jan 2020 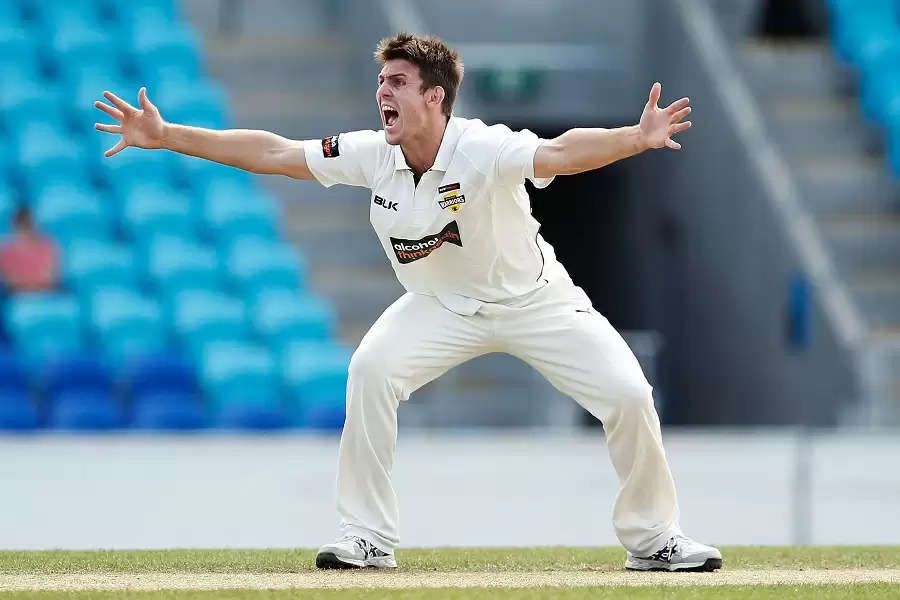 Australian all-rounder Mitchell Marsh, who has recovered from a wrist injury, on Friday said he’s enjoying his Big Bash League stint and looking forward to returning to the national side.

Marsh was set to be in contention for national duties this summer until he broke his wrist while punching a wall in frustration after being dismissed in Western Australia’s Sheffield Shield clash against Tasmania earlier this season.

“Yeah the wrist is good. Got plenty of time to rest up and recover the damage and feeling great now. It’s good to be back to play some cricket. I am sure I can hopefully start playing for Australia again,” Marsh said in an e-mail interaction.

He said his goal this season was to help his team (Scorchers) win the BBL.

“My goal for the season is to win the Big Bash League and enjoy playing cricket,” Marsh, who is leading Perth Scorchers in the BBL, telecast live on Sony television network.

“My first point of view is that I am playing full season of Big Bash League, something I have not done ever, so I am looking forward to that. I am really enjoying to captain this team, they are a great bunch of guys, really looking forward to seeing what young talent has got,” he added.

Mitchell Marsh said the league was a good stepping stone for young Australian players and they were getting picked in the national side because of their BBL performances.

“I think it is a good stepping stone. We have seen in the last couple of years that young guys getting up to be playing for Australia because of their Big Bash performances,” the 28-year old, who was picked by Sunrisers Hyderabad for this year’s IPL, said.

His Scorchers teammate Andrew Tye, who is on the sidelines owing to an injury, is keen to return after missing the early part of the league.

“Well, obviously I am disappointed to miss the start of the Big Bash League, but I am getting towards the back. And I am still hoping I’ll be able to play a role and get fit in time. Hopefully, I am coming in with Scorchers and just waiting for the finals,” he added.

Tye, who was picked by IPL franchise Rajasthan Royals in last month’s auction, said the Test (format) was the pinnacle of the game.

“Test cricket is the pinnacle of cricket. One-day cricket and T20s very similar obviously but, just one of those things. But I think every single game has its own benefits in its own rights. I don’t think of it as ranking them, other than Test cricket being at the pinnacle,” he added.

Tye said with India set to tour Australia later this year, it should be an exciting summer of cricket.

“India is such a good team and it should be an exciting summer of cricket. Also, I can’t wait for it and hopefully I’m a part of it in some aspects,” he added.