Ashes 2019: Matthew Wade ends his roller coaster Ashes with a fighting century; over to the Australian summer now

Two hundreds (a ton at Edgbaston and a ton at the Oval), four single-digit scores, two scores in the 30s and two in the teens. At one point, he looked in form. At another, he looked all at sea. Matthew Wade couldn’t have had more ups and downs in this Ashes. It was just before […]
By Sahil Jain Sun, 15 Sep 2019 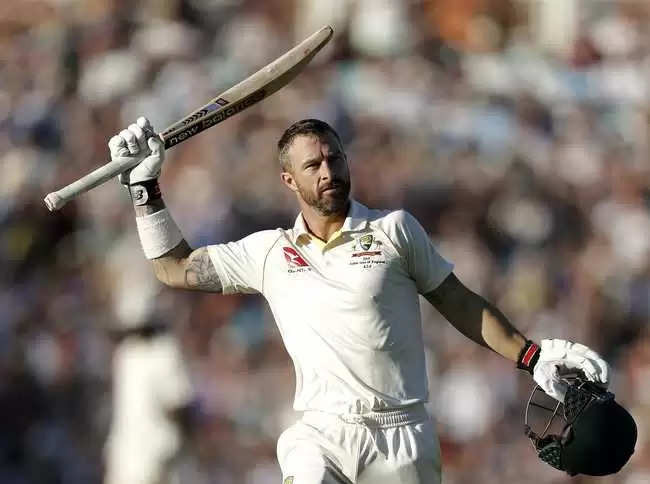 Two hundreds (a ton at Edgbaston and a ton at the Oval), four single-digit scores, two scores in the 30s and two in the teens. At one point, he looked in form. At another, he looked all at sea. Matthew Wade couldn’t have had more ups and downs in this Ashes.

It was just before the last Ashes series down under that he faced the axe. He had gone through a horror year (2017). He struck a ton against Pakistan in an ODI but, after that, there was just one score of fifty-plus. In fact, in his last eight international innings (in 2017), the left-handed wicket-keeper had just one score in the double digits (20 not out).

He was understandably axed from the side. However, Wade went back to domestic cricket and piled up the runs. The Tasmanian wicket-keeper batsman had a good 2017-18 season in the Sheffield Shield as he averaged 43.60. He had a decent Big Bash league as well. But making a case for a national return with these numbers are not good enough always.

Wade knew that. Thus, he came back stronger in the next season. He broke the selection door down with big performances. Be it red-ball or white-ball cricket, Wade churned out the runs and grinded it out in domestic cricket, forcing the selectors to look at him (again). In fact, he was one of the only two batsmen to score in excess of 1000 runs in Sheffield Shield cricket last season.

Moreover, he scored runs for Australia ‘A’ too. When Australia were busy in the World Cup, he was smashing the selection door by piling up the runs in all formats. Thus, Wade was picked after close to two years. Hence, given his fabulous form and purple patch, he was given a shot at No. 6 ahead of the all-round option of Mitchell Marsh.

He missed out in the first innings but roared back in the second. After having conceded a considerable lead, Australia were under pressure and Steve Smith needed someone to support with him. Wade did just that before smashing a fine ton. It was his first three-figure score in Test cricket after six and a half years.

However, after that he had three back to back low scores as he combined to accumulate seven runs in three innings. He scored a couple of 30s in the forthcoming innings. Just before the start of the fifth Test, his place was under threat. Wade’s return hadn’t been as expected. He wasn’t really able to convert his domestic form into international cricket.

But he survived as the team management decided to rope in Mitchell Marsh in place of Travis Head who didn’t have a great series either. In the first innings, he started well (again) but couldn’t convert that start.

In the second innings, he walked out to bat with Australia’s backs against the wall. The score was 56/3 and Smith was dismissed 29 runs later. There was very little hope and people expected the Aussies would roll over after Smith’s dismissal. However, Wade had other ideas.

The left-handed batsman scored a magnificent ton as he fought valiantly for his side. In fact, he fought his own demons as well. He was getting out in multiple ways throughout the series. Jack Leach got him with a sharp off-break at Lord’s which spun out of the rough. He countered that. Jofra Archer got him out a couple of times, he countered that. In fact, his battle with Archer was a fascinating passage of play on the fourth evening of the fifth Test which proved to the last day of the series.

Against Archer, Wade weathered the storm. Be it the bouncers, the movement or Archer’s words, the Tasmanian was up for the challenge. The new England pace sensation was at him all the time but Wade kept brushing it aside, just like he did against the Barbados-born bowler’s thunderbolts. And when he had to reply, his bat did the talking. Against Leach, he had a lot of rough right under his eye but he didn’t repeat the mistake he made at Lord’s. Wade used his feet really well. There was not an iota of doubt in his footwork. He was either fully forward, down the track or right back.

Hence, Wade was Australia’s best batsman in that second innings of this final Ashes Test. His fourth Test ton went in vain, but Australia seem to have found a batsman who is willing to dig in. Before this innings, there were only two Aussie batsmen in the top eight run-getters in this series. But Wade has forced his way into the top five.

The runs he has scored will give Australia a lot of confidence going into the home season. They play Pakistan and New Zealand in the Australian summer and Wade has more or less sealed a spot in the middle-order for those rubbers.

Throughout his career, Wade has constantly been in and out of the side. There hasn’t been one full season where he’s played every game. His glovework and batting form are always in question.

This was his third stint in the Australian team as a Test player and for the first time, as a pure batsman. The 31-year-old may not have done it in every game but he started and ended the series in a similar fashion. Free from the pressure of being behind the stumps, Wade has shown what he can do at the highest level. He showed that he can play as a specialist batsman and get the job done.