A flurry of early wickets were never enough for the Irish to turn things around for themselves in the first ODI of the Men’s Cricket World Cup Super League, after World champions England bundled them out of 172 at the Ageas Bowl. Put in to bat, Ireland ’s top order batsmen never really turned up in […]
By Rajarshi Das Fri, 31 Jul 2020 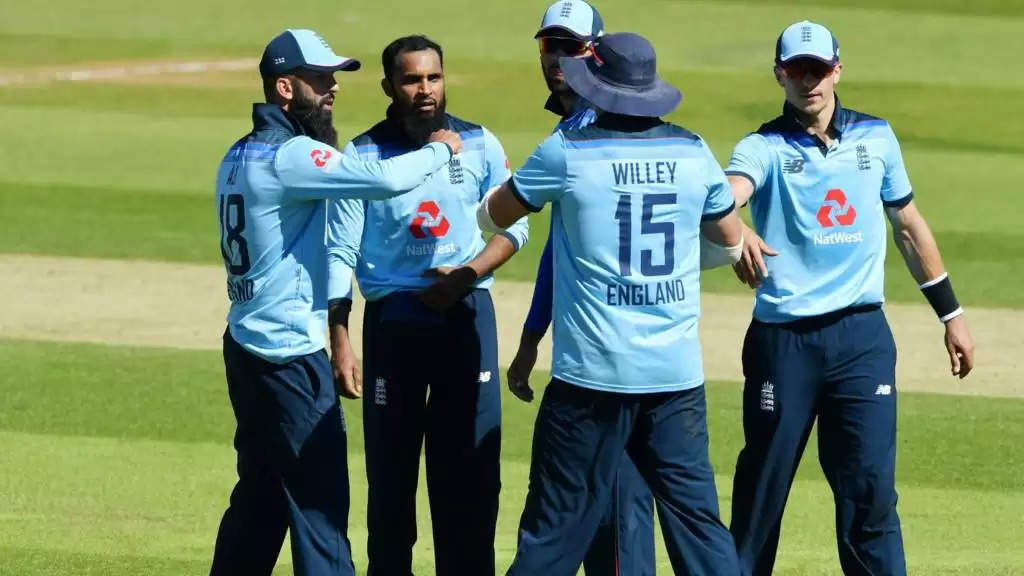 A flurry of early wickets were never enough for the Irish to turn things around for themselves in the first ODI of the Men’s Cricket World Cup Super League, after World champions England bundled them out of 172 at the Ageas Bowl. Put in to bat, Ireland ’s top order batsmen never really turned up in the game.

Experienced Paul Stirling loosely chipped David Willey to the English skipper at mid-wicket in the first over. Morgan’s opposite number, Balbirnie, too, fell to an atrocious shot to the same bowler two overs later – a lazy waft outside off stump from him resulted in a nick, pouched by Jonny Bairstow behind the stumps.

Debutant Harry Tector, Gareth Delany, and wicketkeeper Lorcan Tucker followed in succession, in the span of 5 balls; Tector and Delany falling to loose shots, and Tucker, in place of the experienced Gary Wilson, trapped in front off Willey.

Five wickets down, England being the opposition, a medium pace bowling all-rounder at the other end, it was almost expected from veteran Kevin O’Brien to pull Ireland out of the pit once again. Accompanied by debutant Curtis Campher, the duo slowly started to salvage something in favour of their team.

The duo batted for almost 15 boundary-scarce overs, as they looked to salvage something for the visitors. But, today was just not meant to have any heroics from O’Brien. His boundary-less 35 ball 22 came to an end when he, who has been scoring at almost 7 runs an over against wrist spinners since 2016, thumped Adil Rashid straight down the throat of mid-off. The daft run out of Simi Singh four balls later summed up Ireland’s afternoon, as he pushed Rashid off the back foot to Banton at cover and blindly set off, and was left stranded in the middle.

Nevertheless, Campher, with the help of Andy McBrine, tried to bat themselves back in the game. There were quite a few nervy moments in between, containing some circumspect running between the wickets, LBW shouts turned down, but the two of them were beginning to settle in the middle, playing out Rashid’s 10 overs in the process.

Campher looked particularly solid off the back foot and while playing on the up against both pace and spin, playing late and moving deep in he crease upon receiving anything which wasn’t pitched up.

McBrine, at the other end, decided to go on the offensive having played over 30 deliveries, slog-sweeping Moeen Ali over midwicket for the first six of the game. He then drove Tom Curran for a couple of beautiful boundaries in the 38th over, before carelessly pulling him down to Banton at square leg, who took a nice, low catch.

Meanwhile, Campher had reached a well deserved half century. The innings ended in the span of the next 7 overs, with Campher remaining not out on 59, facing a 118 deliveries, the second-most by a debutant for Ireland in ODI Cricket.

An ankle injury to Ireland’s opening bowler Barry McCarthy, who pulled up 5 balls into his first over, piled up on the misery for the Irish. Despite losing his opening partner Jonny Bairstow, leg before to McBrine’s off-break, Jason Roy decided to end things quickly by going on the attack, before he, too, was trapped leg before to Craig Young, thereby providing a scent of comeback to the Irish.

The scent turned stronger after James Vince and Tom Banton fell to two dreadful shots in quick succession, Vince going for an expansive drive and edging behind, and Banton needlessly attempting to pull Campher and being late on it, resulting in the ball ballooned up in the air, and a second catch for Tucker.

The need of the hour from the England batsmen was to settle in and create one good partnership. That was what captain Eoin Morgan and Sam Billings did after the fall of the fourth wicket, thereby eliminating any further threat from the Ireland bowlers.

Once they had played themselves in, Billings decided to go on the attack. A couple of emphatic reverse sweeps for fours off off-spinner Simi Singh helped him gain momentum. Soon after, he started making merry with the Irish bowlers, particularly being severe to the newcomer Campher.

Usually merciless against anything pitched up, Billings smashed anything that was pitched on a length or shorter as well today. Morgan, too, took a leaf out of Billings’ book, and soon after, the hosts were well and truly in command. Billings brought up his 2nd ODI fifty in the 23rd over, with a hit past midwicket to the fence. 5 overs later, Morgan sealed a victory for the hosts with a six off Singh over long-on.

Player of The Match: David Willey