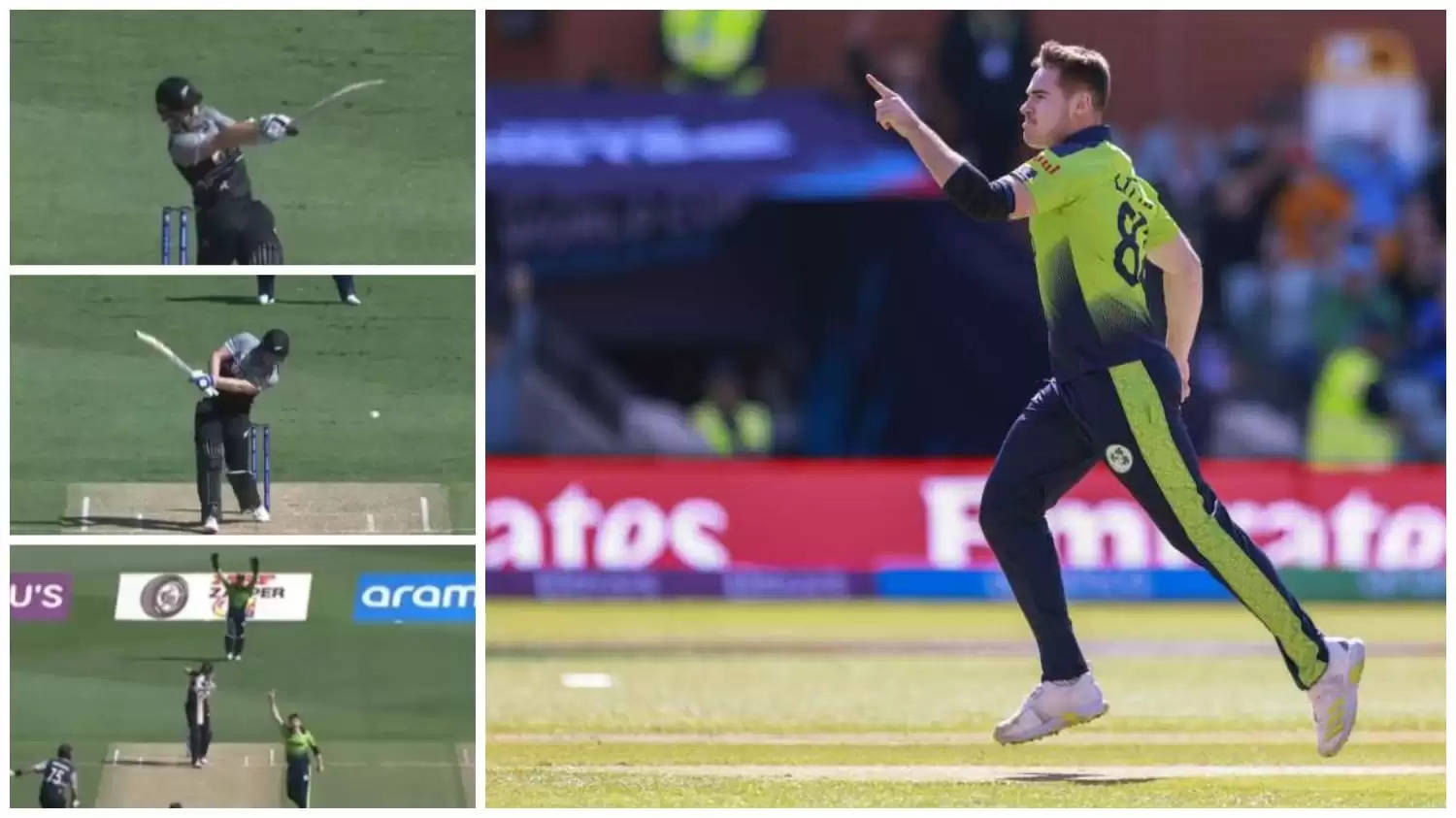 Little became the second bowler to bag a hat-trick in the tournament after UAE’s Karthik Meiyappan.

Ireland’s Joshua Little became the sixth bowler to take a hat-trick in T20 World Cup history, achieving the feat in the side’s last Super 12s clash against New Zealand at the Adelaide Oval on Frida.

Little dismissed a well-set Blackcaps skipper Kane Williamson for 61 off 35 on the second ball of the 19th over of the game, before trapping all-rounders Jimmy Neesham and Mitchell Santner leg-before on the next to balls. The left-arm quick returned 3/22 in his four-over spell during New Zealand’s first innings effort of 3/22.

Little became the sixth bowler to achieve the feat at the ICC Men’s T20 World Cup after Brett Lee (2007), Curtis Campher (2021), Hasaranga (2021), Kagiso Rabada (2021) and Karthik Meiyappan (2022), with teammate Campher having bagged four wickets in four balls in a unique feat against the Netherlands last year.

Meiyappan, the UAE wrist-spinner, had achieved the feat in a Round 1 clash against Sri Lanka in Geelong earlier in the competition, dismissing Bhanuka Rajapaksa, Charith Asalanka and Dasun Shanaka.

Little, meanwhile, is now the joint second-highest wicket-taker in the competition, having bagged 11 wickets at 17.18.

"I guess it was a little bit of tail back into the left-handers, wanted to execute it two times in a row and I got lucky to have managed it," he told host broadcasters during the innings break. "I think I was a bit short early on, then went a bit greedy and went full. I don't see why we can't chase this down, time for another upset in this World Cup."

Ireland got off to a steady start in the chase, with skipper Andrew Balbirnie and Paul Stirling adding 68 in 8.1 overs, but the two and Harry Tector fell in quick succession as they stumbled to 73/3 in the 11th over.