Rishabh Pant gave an MS Dhoni touch to his training session ahead of the Asia Cup game versus Pakistan.
By Kashish Chadha Fri, 26 Aug 2022 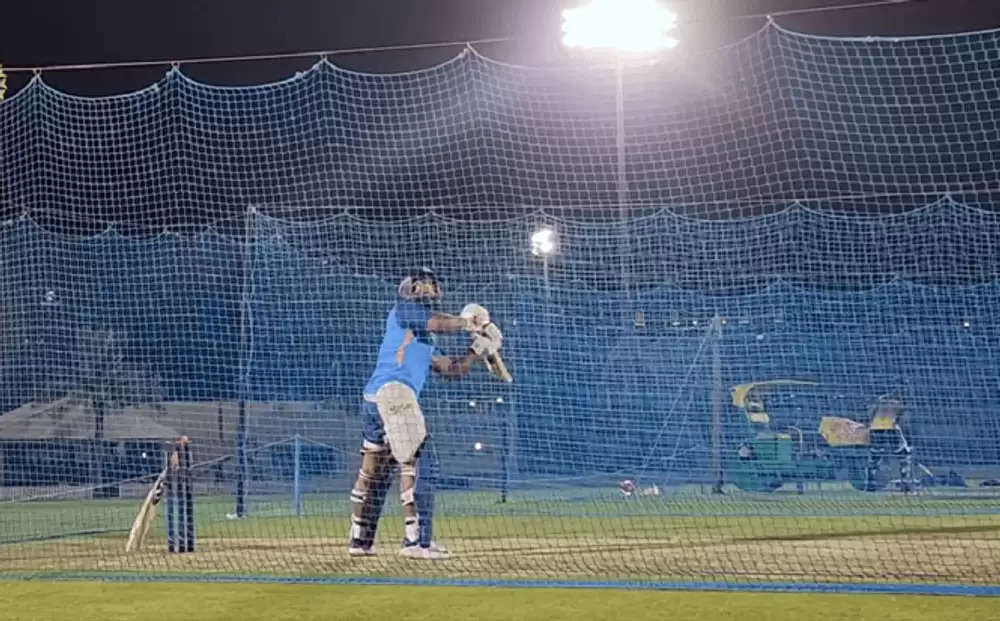 Rishabh Pant played an MS Dhoni style helicopter flick during an India net session ahead of the Pakistan clash.

Rishabh Pant may have come a long way with his career for India but the star wicketkeeper-batter remains a big fan of MS Dhoni, whose legend inspired him to don the India jersey and win matches for the country.

Pant enjoys a great relationship with Dhoni, who acted as a guiding light to him in his initial days as an India player when the great cricketer was himself undergoing his twilight stage at the highest level.

While Dhoni's calm and composed character remains an aspiration for youngsters to imitate under pressure, his renowned powerhiting game and six-hitting ability also continue to influence players.

Rishabh Pant being no different, the left-hander was seen trying to replicate the legend's trademark helicopter shot at an India net session ahead of the much-awaited Pakistan clash at the Asia Cup 2022.

In a clip shared by the BCCI over their official Twitter handle on Friday (August 26), Rishabh Pant was seen giving the full monte at an India net session before their group stage encounter versus Pakistan.

One of his strokes was Dhoni's signature helicopter flick shot that the great batter hit a number of times for six over the deep mid-wicket boundary.

Like Dhoni, Pant stood deep inside his batting crease and unleashed a flick with great disdain after getting underneath the delivery.

By the looks of it, the left-hander was pleased with the timing and overall connection behind his stroke as the ball flew off his bat to the on-side.

Helicopter shot by Pant from 0.24 and exhibition of hitting from Jaddu & Pant in the net session. pic.twitter.com/R7tHvn5UXK

It augurs well for India that Rishabh Pant is not leaving any stone unturned in preparation for the Asia Cup. Approaching a critical few months, headlined by the T20 World Cup in Australia, India need their first-choice wicketkeeper-batter to come to finally unleash the beast inside him in the shortest format.

Pant's returns in T20Is have been subject to scrutiny for a long time now. Hailed as one of the most explosive hitters of the cricket ball, Pant has a woeful record next to his name: average 23.86; strike-rate 126.32 after 54 matches.