Both the players were seen having a serious conversation even as they went away from everyone to talk after the match.
By CX Writer Sat, 14 May 2022 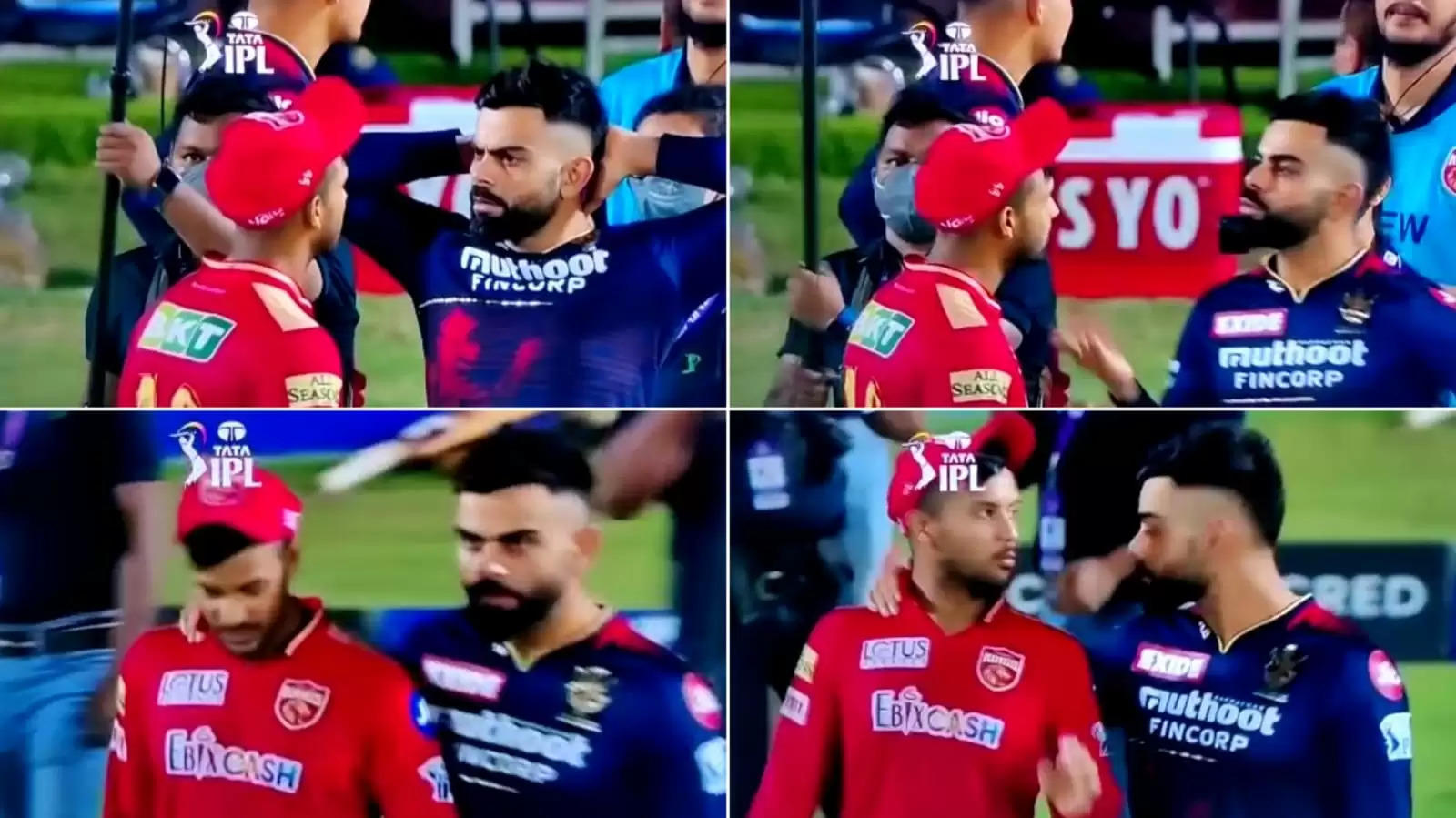 The incident happened after the post-match customary handshake between RCB and PBKS players.

Punjab Kings stayed alive in the ongoing Indian Premier League (IPL) with a huge 54-run win over Royal Challengers Bangalore (RCB) on Friday (May 13). Chasing 210 runs, RCB never seemed to be in the game and eventually could only reach 155 runs in their 20 overs and the loss has put their season in jeopardy.

However, more than the loss, another incident has sparked curiosity among the fans. After the customary post-match handshake, the player from both teams tend to have conversation with each other on a regular basis. The same happened even after RCB vs PBKS game and Virat Kohli was seen speaking to Punjab skipper Mayank Agarwal.

Interestingly, the conversation seemed a bit different as Agarwal was seen complaining about someone in his team to Kohli, his former India captain. It looked like the Punjab captain was speaking about head coach Anil Kumble to Kohli and the latter was quick to take him out of earshot to hear the whole matter.

Watch: Virat Kohli's cryptic conversation with God has fans wondering what he was saying

Even the fans are speculating the same given the relation between Kohli and Kumble. For the unversed, the latter was India’s head coach for around one year and unceremoniously stepped down from the position allegedly due to differences with the then captain Virat Kohli post the 2017 Champions Trophy.

Though it is not yet clear what Mayank Agarwal and Virat Kohli were talking about, the conversation certainly seemed serious and odd given that they went away from everyone to speak about it.

Here’s the video of Virat Kohli and Mayank Agarwal:

Coming back to the game, Jonny Bairstow and Liam Livingstone were the star batters for PBKS after they were invited to bat first by RCB skipper Faf du Plessis. For them, Josh Hazlewood had an extremely bad day as the Aussie pacer registered the worst figures for a bowler in IPL 2022 conceding 64 runs in his four-over spell.

As for Kohli, his dry run with the bat continued as he could only score 20 runs off 14 balls with two fours and a six to his name. Meanwhile, Mayank is also not enjoying a great form and has also sacrificed his opening slot to Jonny Bairstow. The PBKS skipper is batting in the middle-order bat four and mustered 19 runs off 16 balls in the previous game.