Exclusive with U19 WC star Divyaansh Saxena: “I used to have anxiety attacks… Cricket is stressful, isn’t it?”

The city of dreams, the city that never sleeps, the city of lights – there are several ways in which you can describe the city of Mumbai. It’s the city of the ‘khadoos’ (stubborn) army, something which is synonymous with the spirit of Mumbai cricket. Shivaji Park and Azad Maidan often convert into a sea […]
By Shiv Dhawan Wed, 15 Apr 2020 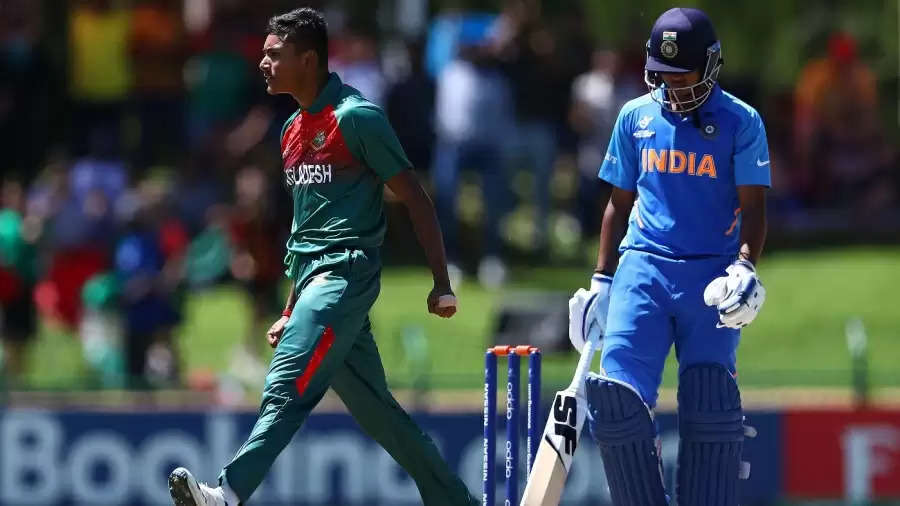 The city of dreams, the city that never sleeps, the city of lights – there are several ways in which you can describe the city of Mumbai. It’s the city of the ‘khadoos’ (stubborn) army, something which is synonymous with the spirit of Mumbai cricket. Shivaji Park and Azad Maidan often convert into a sea of whites with hundreds and hundreds of cricketers practising tirelessly with the ultimate dream of representing their country.

A few years ago, a young boy would travel alone for endless hours in buses and local trains in the city of Mumbai and that was the beginning of his journey. From Churchgate to South Africa, Divyaansh Saxena has surely come a long way. In the recently concluded under-19 World Cup, the Indian opener played a crucial role as he scored 142 runs in the World Cup at an average of 47.33.

In an exclusive conversation with Cricxtasy, Divyaansh Saxena talked about his career, his struggle, the World Cup and Dilip Vengsarkar’s role.

Q. How was the early part of your career, how did you start playing and what were the difficulties you encountered?

I was always interested in cricket. My dad is a big cricket buff but he never played the sport professionally. He is a scientist so it was a difficult decision to make his son pursue cricket even though I am really good at studies as well. I had everything to lose. Pursuing cricket was a big risk as it is uncertain. Each player faces a lot of difficulties, from rejection to traveling 28 kilometers for practice. Catching the bus at 5 in the morning, a lot of time is invested in this. It is only after all these efforts that you can see the results which you want. I had issues with my health as well, I used to have anxiety attacks. Cricket is stressful, isn’t it? Due to it, I got admitted into a hospital once but then I decided to change my lifestyle. Eating the right kind of food and performing meditation really helped me, it also helped me to remain calm. It changed my life.

Q. How do you manage cricket and studies simultaneously?

It has been the toughest part. I consider those people lucky who have left their studies and are only focusing on cricket but to be honest, studies are really important. It opens up your mind in a way that no one can help you do that. Your thinking becomes totally different than someone who is not studying and has left studying altogether. Time management was the key for me. I sacrificed my social life and dedicated all my time towards cricket and the remaining time would be devoted towards studies. Right now, I’m pursuing Bcom and I hope to finish it soon.

Q. What has been the role of Dilip Vengsarkar in your life? How did you join his academy?

The role of Dilip Vengsarkar sir has been huge thus far. He is absolutely right, he can spot talent just like that. He was the one who spotted Virat Kohli. So, yes, it has been a reputation of his to spot talent. We had a felicitation ceremony in Dadar Union Club. He was present with Ajinkya Rahane Sir and Sanjay Bangar Sir, they gave us a good send-off. I was only eleven when I joined his academy. Traveling alone to Churchgate after school every day was tough but my love for the game didn’t let me get demotivated. After the World Cup, this corona pandemic started so I couldn’t meet him but after the crisis is over, I’ll meet him and seek his blessings. 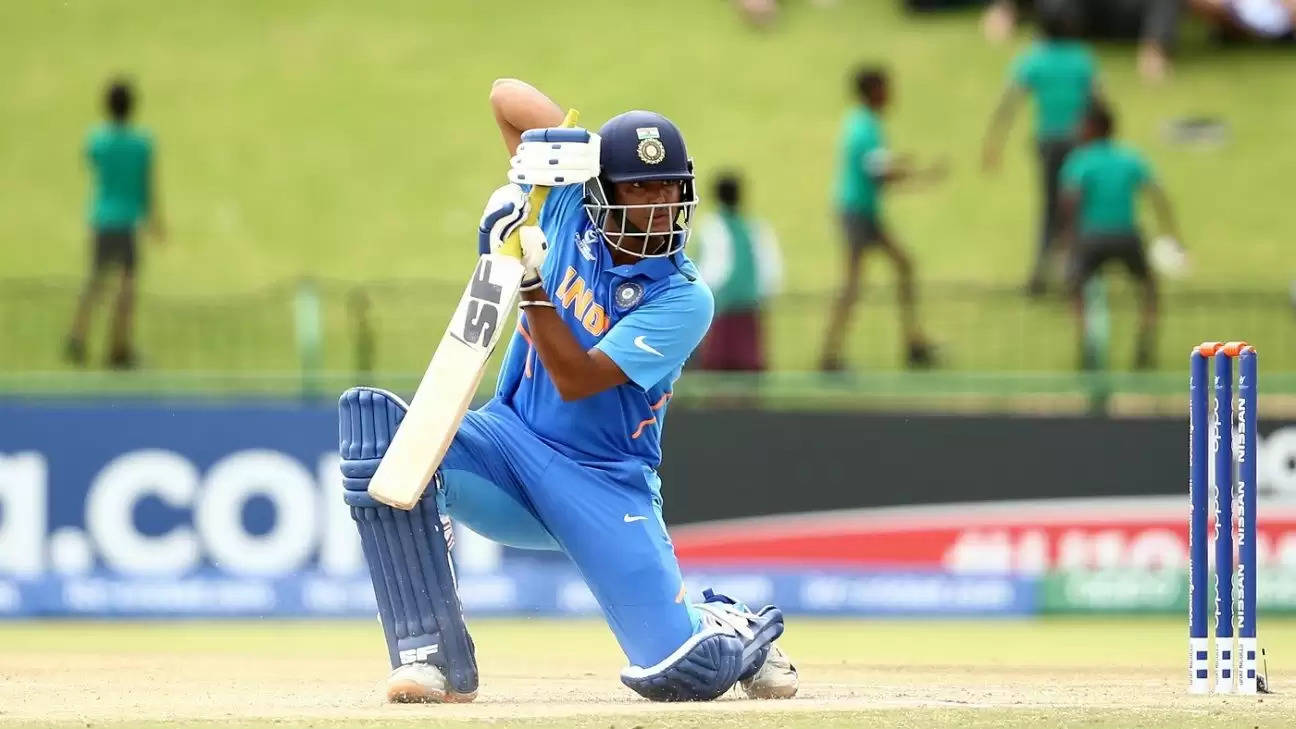 Divyaansh Saxena: I don’t try to act like anyone on the cricket field. I am what I am

Q. Was the sledging in the final of the U19 WC against Bangladesh a ploy or did it happen after the throw at you early on in the match?

They have a reputation for sledging. They did that in the United Kingdom as well when we were there for the tri-series final. We don’t pay any heed to it. The thing which matters is the talking you do with the bat and the ball.

Q. In a previous interview, you talked about Virat Kohli’s influence. Was your celebration of silencing the crowd after your catch against Pakistan related to Virat?

I really like Virat Kohli’s never-give-up attitude and how he proves people wrong with his actions. My celebration wasn’t a depiction of him but it’s my original thing. It comes naturally to me, I don’t try to act like anyone on the cricket field. I am what I am.

Q. What did you think of Bangladesh’s celebration after winning the game?

They won it for the first time so they must be excited for sure. I can understand their emotions and beating the favorites of the tournament is a huge thing for them. Their reaction was certainly bad but the punishments have been laid and they are respecting it well.

Q. What was the message given by the coaches after the final?

It was always about the effort we put in. We never reacted to our wins and losses. We put our 100% effort after a low score of 178 and that’s what the message was – to put 100%. Coaches said they were proud of the way we played and carried ourselves on the field. It was disheartening to not cross the line but it’s a game and they played better than us.

Q. What positives and negatives did you take from the World Cup on a personal note?

There are a lot of positives and negatives from the tournament. On a personal note, my fielding was a huge positive in the tournament as I held on to some important catches and got a couple of run-outs. So, it’s a good thing for me personally. I have worked hard on it and I am seeing the results on the field. Another thing I found positive was the attitude of finishing off the matches by myself. At the start of the tour, I played an unbeaten 86-run knock against South Africa. Against Zimbabwe in the Quadrangular trophy, I scored 128* and played throughout the innings. Against Pakistan, I scored 59* and finished off the match. This is a big positive. Negatives are in my head and I’m working on them.

Q. How was the experience of working with Rahul Dravid?

On a personal note, his influence is huge on me because I relate to him very much. Coming from a similar background, the amount of effort he has put into us is remarkable. His mere presence fills the team with so much positivity. He picks out points from the game which no one can pick and his advice is always wonderful.

Q. Are there any aspects in U-19 cricket in India that you think should improve?

I think the facilities provided to the Under-19 players are marvelous and are no less than the senior Indian team. Each and every aspect is taken care of by the NCA and the BCCI. The pay is really good, we are traveling by air, staying in luxurious hotels, there has not been any kind of issue whatsoever on the part of the arrangements and the facilities provided.

Q. Do you feel the burden of expectations going forward?

Yes, there are expectations from me as I have represented my country in a huge World Cup. I am a work-oriented person by nature and I believe that if I work really hard, I am answerable to none. My performances should speak and nothing else matters. The outside chatter is something that I can’t control so I focus on things that are in my control. Every time I go out on the field, I try to do my best and give my 100%.