Almost every Indian boy harbors the dream of walking down the stairs as he receives a grand reception from a jam-packed stadium. The dream of donning the Indian blue overshadows other aspirations of life as the boy spends his initial years playing cricket on the streets. The imagination runs wild as the little boy perceives […]
By Shiv Dhawan Sun, 3 May 2020 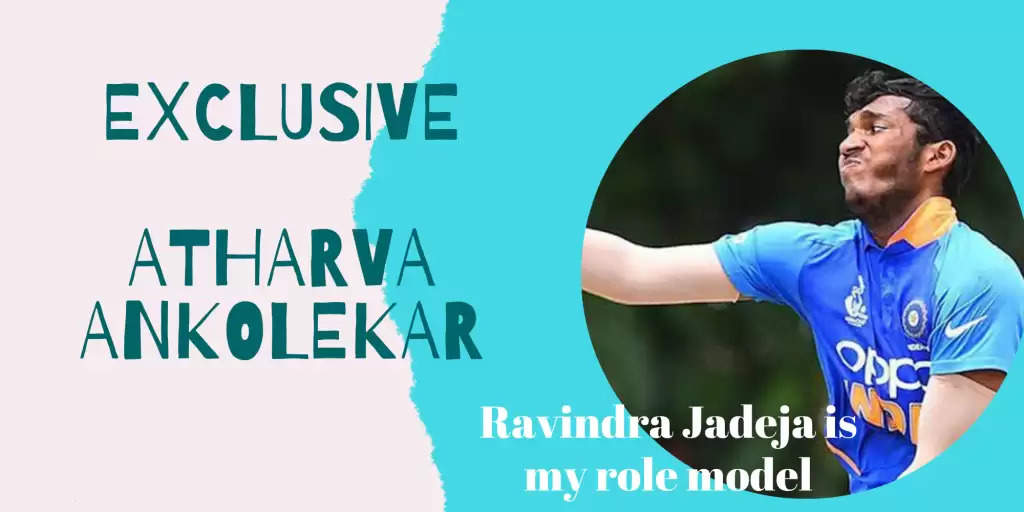 Almost every Indian boy harbors the dream of walking down the stairs as he receives a grand reception from a jam-packed stadium. The dream of donning the Indian blue overshadows other aspirations of life as the boy spends his initial years playing cricket on the streets. The imagination runs wild as the little boy perceives the street as a filled stadium albeit only a few have the luxury of converting their dream into reality. The transition from a dream to reality requires hard work, persistence, and sacrifice. When Mumbai’s Atharva Ankolekar was born, his father placed a bat beside him, this was the beginning of a journey that would involve the necessary ingredients required for success.

Ankolekar’s story is a tale of determination, dedication, and glory but as they say, there’s no glory without sacrifice.

Also Read: Exclusive with U19 WC star Divyaansh Saxena: “I used to have anxiety attacks… Cricket is stressful, isn’t it?”

Ankolekar had his fair share of struggles from the beginning of his cricketing days. While he was sweating it out on the field, his parents were toiling hard to make ends meet for their son.

In an exclusive conversation with Cricxtasy, Indian U19 all-rounder Atharva Ankolekar recalled his early cricketing days, the U19 World Cup, and the contribution of his parents in his success.

Q. How did your cricketing journey start?

I was in class 3 when I started playing cricket. When I was born, my father kept a cricket bat beside me. My father used to go for night duty for his work so that I could go for practice in the morning. He would sacrifice his sleep for me. Also, my club played an important role for me as club MIG provided me with great facilities where I could practice.

Q. How did you cope up after the demise of your father?

After the demise of my father, my mother took over the responsibility and managed everything, my mother is a bus conductor at BEST. My mother had to go to her job at 4:30 in the morning. Despite the hardships, she has been a pillar of strength. She has made a lot of sacrifices for me and she has a huge role in who I am today.

Q. During the U19 World Cup, you had a finger injury but you didn’t inform your mother and decided to play with it. Talk us through that.

Our coach told me that I had to play with taping on the finger. They gave me two matches for recovery and supported me a lot. I didn’t tell this at home because my mother would’ve been tensed had I told her about it.

Q. How was the team atmosphere during the World Cup?

Q. Which was your favorite memory from the World Cup?

We lost quick wickets against Australia and I went out there and had a good partnership with Ravi Bishnoi. I’ll never forget that match because my performance was good and I scored runs for India. It felt really good and that is my most memorable moment from the World Cup.

Q. Who is your cricketing role model?

Ravindra Jadeja sir is also an all-rounder. He is a left-arm bowler and a left-handed batsman. I really like his play and thus, he is my role model.

Q. In the Asia Cup final against Bangladesh U19, India U19 was defending a low score and you foxed the batsmen with your bowling and won the match for India. Were your expectations similar on this occasion in the U19 World Cup final?

In my mind, I was thinking about the scenario that I can take wickets and make the team win again like in Asia Cup but it’s not necessary that what you think happens every time but we played really well as a team and I am glad to be a part of the team.