2021 ICC T20 World Cup hosting rights to be taken away from the BCCI?

Source: ESPNCricinfo The ICC has told the BCCI it reserves the right to take away the 2021 men’s T20 World Cup from India, after the BCCI failed to secure a tax exemption for the tournament from the Indian government. In a flurry of blunt e-mails over the past two months, covered by ESPNCricinfo, the ICC told […]
By CricXtasy Staff Wed, 27 May 2020 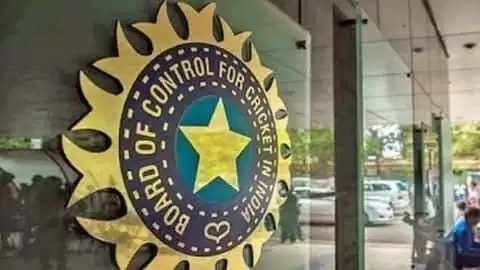 Source: ESPNCricinfo
The ICC has told the BCCI it reserves the right to take away the 2021 men’s T20 World Cup from India, after the BCCI failed to secure a tax exemption for the tournament from the Indian government.

In a flurry of blunt e-mails over the past two months, covered by ESPNCricinfo, the ICC told the BCCI it was to provide an “unconditional confirmation” by May 18 this year that a solution had been found to a longstanding issue in coordination with the Indian government. Instead the BCCI wants the deadline extended at least until June 30, citing the Covid-19 pandemic as reason for invoking the force majeure clause in the agreement. The ICC has rejected the request.
“In light of the BCCI’s notification of force majeure, we would highlight the obligation on the BCCI, of the Host Agreement and that IBC (ICC Business Corporation) is entitled to terminate the agreement with immediate effect at any time from 18 May 2020,” Jonathan Hall, the ICC’s general counsel, wrote to the BCCI on April 29.

ALSO READ: ICC and BCCI are at loggerheads with each other over tax solutions

“The BCCI has clearly had many years to arrange the tax solution, which is why the agreement asks for it to be provided,‌ no later than 18 months prior, and why the BCCI was required to provide it by 31 December 2019. In such circumstances IBC is not prepared to agree to the requested extension to June 30, 2020 or 30 days after the lockdown is lifted whichever is later. In the meantime, all of IBC’s rights are reserved in full including the right to challenge whether or not a valid force majeure exists.”

This is the not first time the ICC and BCCI have sparred over this matter. It has been an ongoing issue since the 2016 T20 World Cup in India, in which the ICC suffered between US$20-30 million losses after the BCCI could not secure a tax exemption. In February 2018 the ICC board first warned the BCCI they could lose out on hosting the 2021 T20 World Cup as well as the ODI World Cup in 2023 because the global cricket body could potentially lose US$100 million if it did not get a tax waiver in India.
In 2016 the issue was resolved when the Indian government eventually asked Star India, the ICC’s broadcaster, to pay 10% of its income from the tournament as tax. The subsequent shortage in revenue given to the ICC by Star was taken out from the revenues the ICC paid the BCCI. Unhappy with that solution, the BCCI raised objections and the matter was sent to the ICC’s Dispute Resolution Committee this March, where it currently remains.

As a result, this time the ICC has been in constant correspondence with the BCCI administration, with the ICC chief executive Manu Sawhney writing to the BCCI president Sourav Ganguly at the end of January before Hall sent another email to board secretary Jay Shah in early April. Hall told Shah that as hosts, the BCCI had an “obligation” to “deliver a ‘tax solution'” where the tax “will be minimised, effectively waived or zero rated” in favour of the ICC.
Hall also reminded the BCCI that at a February 2018 meeting the IBC board had “resolved” that the BCCI would find a solution by December 31, 2019, a deadline the BCCI had “failed” to meet.
The BCCI was then given an extension until April 17 this year, 18 months from the tournament as stipulated in the host agreement. On April 13, after the Covid-19 lockdowns had been imposed, the BCCI told Hall that the deadline could not be met because they couldn’t approach the government as “sports events and permissions and approvals in relation thereto” were not “classified” as “essential services”. The lockdown began in India on March 24 and is set to continue to May 31 at least.

BCCI wrote in its emails, “While BCCI has been making all efforts to get a ‘tax solution’ for the event, in view of the current situation, which is beyond the control of the BCCI, it is not possible for BCCI to obtain requisite permission/consent from the Government of India before April 17, 2020. In light of the above, the BCCI hereby requests IBC to grant an extension of time till June 30, 2020 or 30 days after the lockdown is lifted, whichever is later for the avoidance of doubt, this letter constitutes a notice of Force Majeure under Host Agreement.”

Since then, communication has become more tense. Hall asked the BCCI to provide evidence that it had made efforts towards a tax solution; earlier this month, the BCCI responded to Hall, that in the “spirit of cooperation” it was attaching evidence of its correspondence with the Indian government since 2018 requesting a tax exemption.

Four of the six letters attached were sent in 2018, on February 27, July 12, August 24 and December 18; Two more were sent in 2019, on July 3 and August 16. BCCI said, “As these actions will demonstrate, BCCI has been pressing for and continues to press the Government of India for a tax solution.”

The BCCI contested Hall’s claim that it was in breach of the December 31, 2019 deadline. “BCCI denies that it was required to procure a tax solution by this date,” arguing that Hall himself had noted in his previous email that it had to provide a solution by April 17 this year. “Therefore, the alleged deadline of 31 December 2019 is of no relevance.”

The BCCI also disagreed with Hall’s claim that the ICC could challenge the force majeure being invoked. “We disagree the BCCI could have avoided the effect of the FM (force majeure) event. As should be evident from the correspondence enclosed with this email. BCCI has been making efforts to procure a tax solution from the Government over a period of time. These efforts were ongoing at the time when COVID-19 was declared a pandemic and have been interrupted by the significant restrictions imposed by the Government of India.”

Despite the ICC’s stance, officials believe it will remain open to discussions with the BCCI. The BCCI remains unperturbed. A BCCI official, who wished to be unnamed, said,”The ICC can only do brinkmanship. The Star contract says the ICC has to deliver two events in India,” the official added, linking a resolution to the forthcoming change of chairmanship at the ICC. Shashank Manohar, the incumbent who has had a topsy turvy relationship with the BCCI, is expected to resign in July.