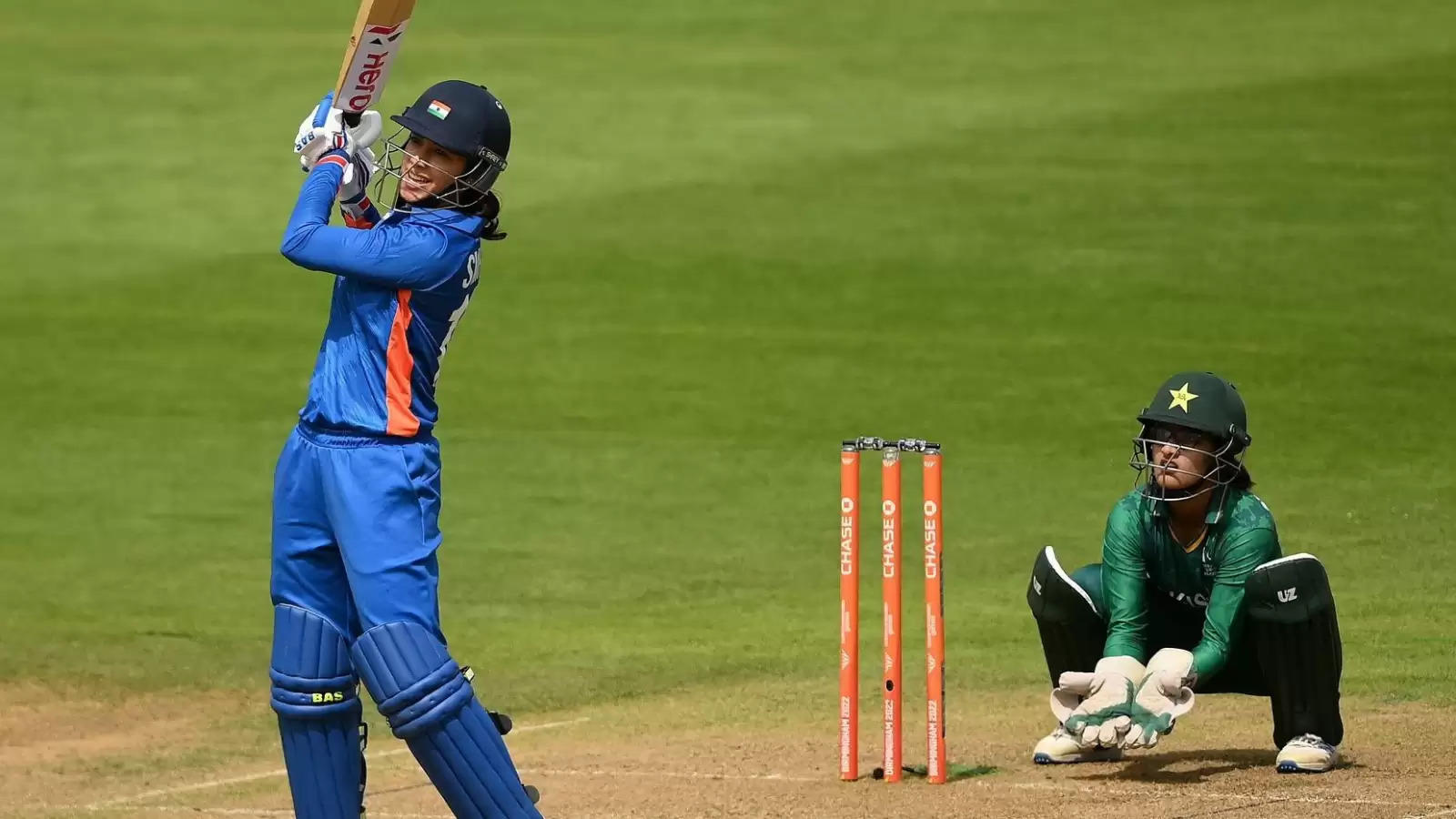 In an 18 overs-per-side game disrupted by rain, India defeated Pakistan by eight wickets to earn their first victory at the Commonwealth Games. After losing to Australia in the first match, India needed a win here today against arch-rivals Pakistan and they produced a performance from the top drawer to take first honours.

Despite losing an early wicket, Pakistan had a good start with the bat after winning the toss, but after Sneh Rana grabbed two wickets in the ninth over to dismiss Bismah Maroof and Muneeba Ali, things started to go downhill for Pakistan. Muneeba Ali had held the innings together until then, but her dismissal triggered the collapse.

As India increased pressure with some outstanding fielding, wickets continued to fall frequently. Shortly after Omaima Sohail was also run out, Aliya Riaz was dismissed by Sabbhineni Meghana with a direct hit at the non-striker's end. India effected three run outs and made another superb stumping.

India player Veda Krishnamurthy in the Sony Sports post-match show felt that Pakistan had made a "big blunder" by opting to bat first under cloudy conditions. But it was India's fielding that really fell Pakistan. In the penultimate over, Shafali Verma would grab a low, diving return catch, which served as the match's high point for India's superb fielding performance.

Smriti Mandhana and Shafali Verma came out all guns blazing in the run chase. The duo put on 61 runs in the powerplay although Shafali was dismissed in the last over of the powerplay.

The left-handed opener hammered Diana Baig for a six and a four in the second over before smashing Anam Amin for three more boundaries in the third over. With more than eight overs remaining, India finished the run chase as Mandhana quickly reached her fifty with a six and remained unbroken.