Virat Kohli scores his first T20I hundred in the Asia Cup Clash against Afghanistan; His first International hundred since 2019

This is Virat Kohli's 71st international century, one that he and his fans have been waiting for since 2019.
By Cricxtasy Media Thu, 8 Sep 2022 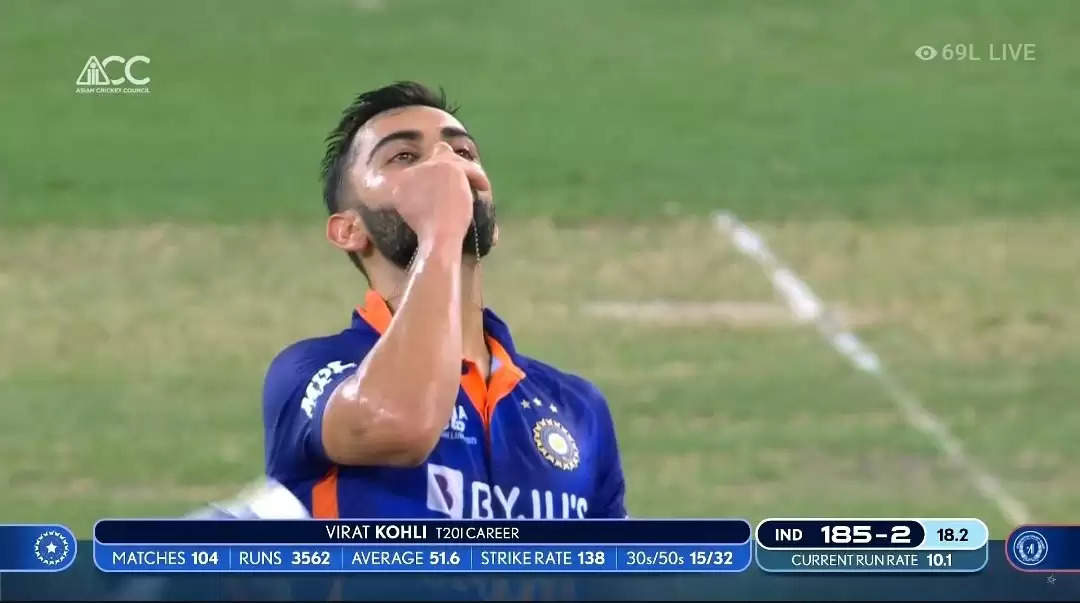 Virat Kohli silenced his critics on Thursday as he brought up his first T20I century during the Asia Cup clash against Afghanistan in Dubai. Kohli brought up his hundred off just 53 deliveries; that too with a huge six.

This is also Kohli's first international century since 2019. He scored a century last in November 2019 in a Test match against Bangladesh. Kohli opened the innings in this match along with KL Rahul as Rohit Sharma was rested.

He started off cautiously and then exploded in the final over of the powerplay. Kohli kept batting at a steady rate throughout the middle-overs, and smashed the pacers to all parts of the ground in the death overs.