Kohli dedicated his maiden T20I hundred, a spell-binding 122* in Dubai against Afghanistan in the Asia Cup 2022, to Anushka Sharma and their daughter Vamika.
By Staff Writer Thu, 8 Sep 2022 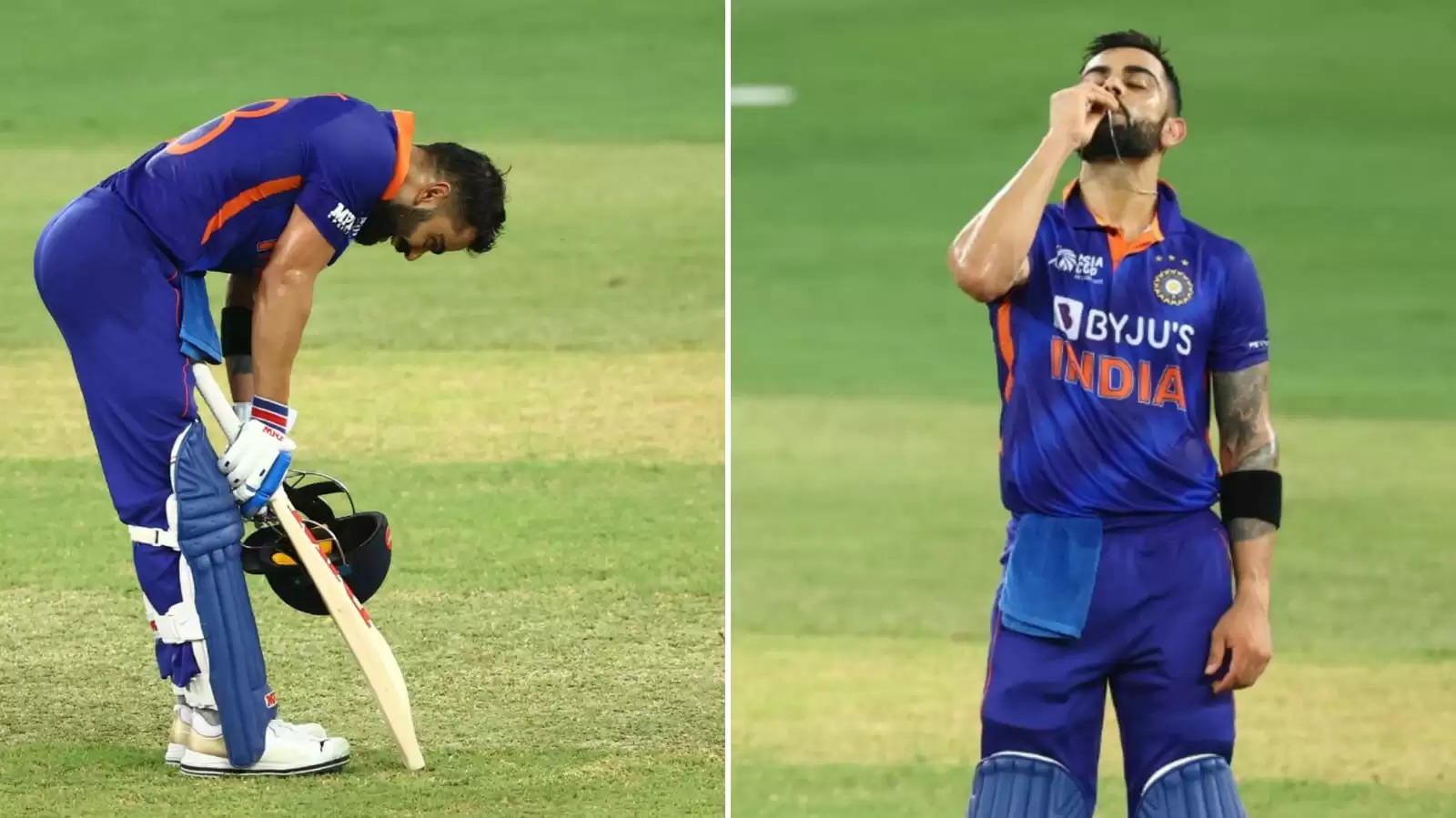 Kohli, a relieved man after slamming his 71st international hundred, and first in nearly three years to end his century drought spoke to the Star Sports team at the mid-innings break. He credited for the unflailing support from Anushka Sharma during his tough times as a major reason for his comeback. He also dedicated the hundred to her in a fine gesture.

"I feel very blessed, very grateful right now. Last two and a half years has taught me a lot. I’m going to turn 34 in November, so celebrations are all from the past," Kohli said in the mid-innings chat.

"I have put a lot of things in perspective and, actually I was a bit shocked because this was the format I least expected a century to come any time soon, but it’s all God’s blessings, I have been working hard and this was just a moment which was very special for me and the team as well."

"It was an accumulation of a lot of things, as I said, when I came back into the team, the team’s been really open and welcoming and helpful, given me space to work on my game. I know there was a lot of stuff going on on the outside but they really kept my perspective right, and I kissed my ring in the celebration as well.

The moment when the wait was finally over!#INDvAFGpic.twitter.com/dKOumMkuCc

"You see me standing here like this right now because all the things that have been put in perspective have been done by one person, who stood by me through all these difficult times, that’s Anushka and this hundred is specially dedicated to her and our little daughter Vamika as well."

"As I said, when you have someone next to you putting the things in right perspective like I have been, and Anushka has been by my side through all these times .. time away from the game taught me lot of things."

"When I came back I wasn’t desperate, I was grateful for what God blessed me before, people were talking about me not getting a hundred but I looked at how much he has given me already, so that really calmed me down, that relaxed me, I was just happy to come back, six weeks off, I was refreshed, I understood after taking a break how tired actually I was mentally and physically.

"Your competitiveness doesn’t allow you to take that call, but I think it was a blessing in disguise for me. I wanted to be the best version of myself for the team, and when I came here, when I started playing in the nets, I felt like my old rhythm was coming back, it was just about getting those performances in the middle again."