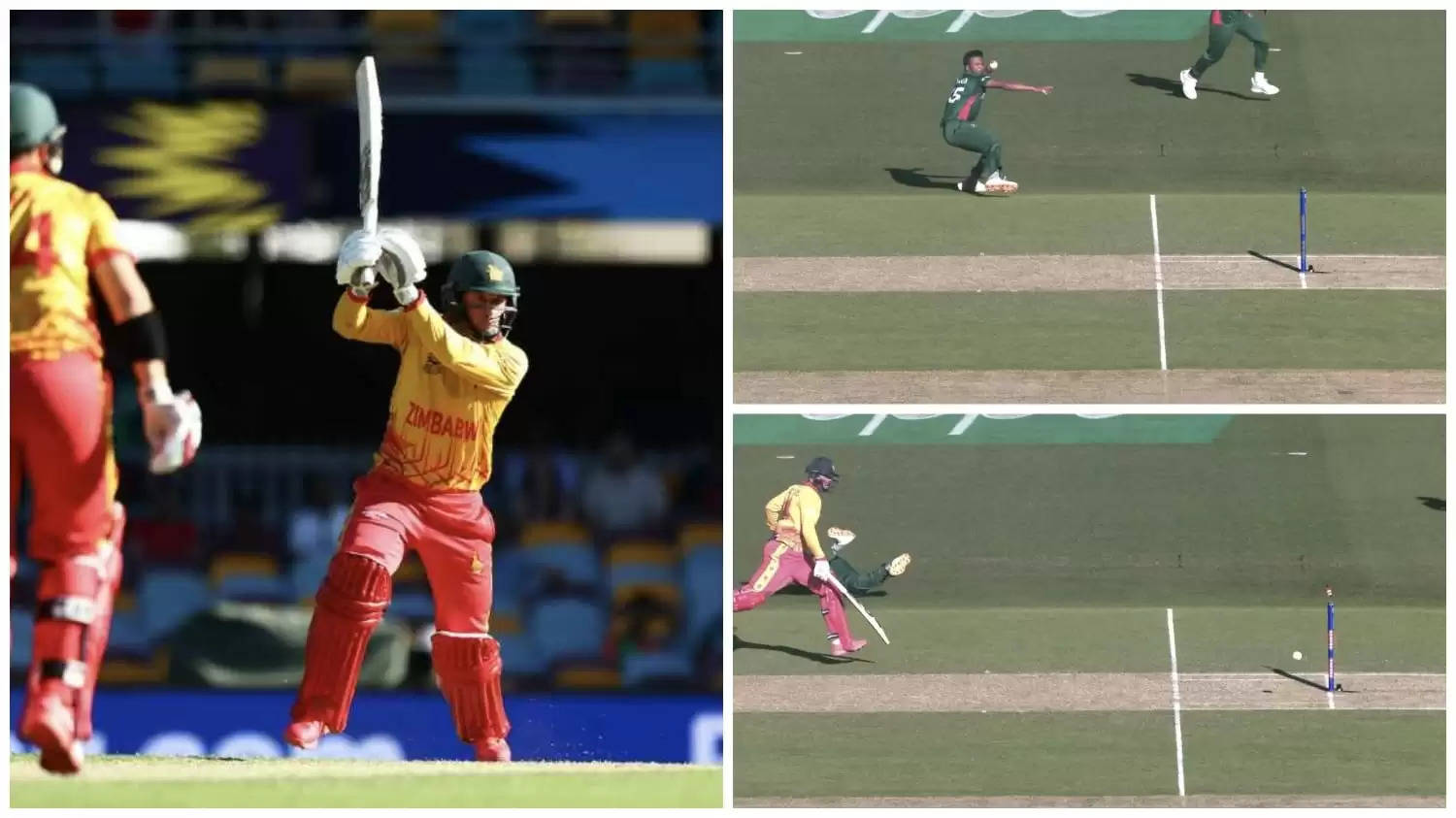 Shakib Al Hasan is vastly experienced, having played a number of match-winning hands under pressure in various T20s around the globe. In the ongoing T20 World Cup 2022, Bangladesh needed him to step up after their massive defeat at the hands of South Africa at the Sydney Cricket Ground.

He scored 23 off 20 balls with one four and helped Bangladesh post a challenging target of 151 for Craig Ervine's Zimbabwe to chase down. He didn't have an overly great day with the ball after he finished with figures of 4-0-34-0 at The Gabba in Brisbane.

But just when it mattered the most, Shakib stepped up for his team, big time. On Sunday, October 30, the Tigers secured their second win in the Super 12 after beating Zimbabwe by three runs in an absolute humdinger.
In the penultimate over of Zimbabwe's run-chase, Shakib pulled off a masterful direct hit to get rid of the dangerous Sean Williams. With Zimbabwe needing 19 runs to win off the last seven balls, Shakib pulled off a stupendous run out to send Williams packing.

In the delivery prior ro that Shakib conceded a four and things looked a tad haywire for Bangladesh. In the fourth ball of the over, Williams pushed one on to the off-side and set off for a single, but Shakib was equal to the task.

He ran towards the ball, collected it and had a shy at the stumps at the striker's end. He was off-balance as he threw the ball, but it didn't matter as he pulled off a direct hit. Williams was caught short of his crease with Zimbabwe still needing to do quite a bit of work.

Williams scored 64 runs off 42 balls with eight fours before biting the dust. Bangladesh went on to win the match by three runs after Mosaddek Hossain Saikat defended 16 runs in the final over.

Mosaddek picked up the wickets of Brad Evans and Richard Ngarava in the final over, but also bowled a no-ball. In the last ball, Saikat held his nerve, bowled a dot ball and took the Tigers past the finishing line