Watch: Suryakumar Yadav animatedly watching his own partnership with Kohli on phone

Suryakumar Yadav scored 51 off 25 balls against the Netherlands at the SCG
By CX Staff Writer Sun, 30 Oct 2022 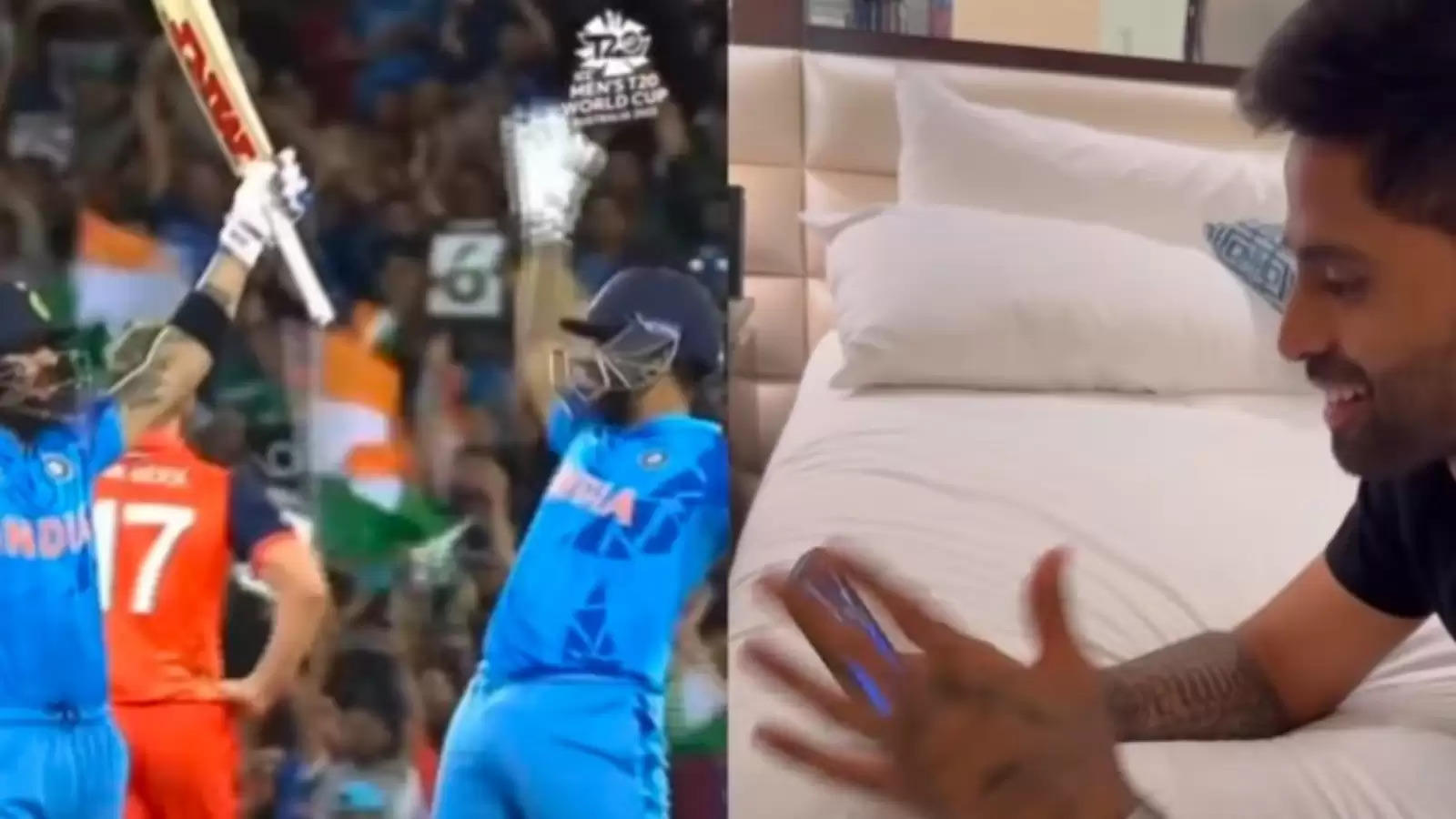 Suryakumar Yadav, on Sunday, October 30, posted a video on Instagram where he can be seen watching a video in a pretty animated manner. The veteran was reliving his stupendous partnership with Virat Kohli in India's T20 World Cup Super 12 match against Scott Edwards' Netherlands a couple of days ago at the Sydney Cricket Ground.

Yadav had won the Player of the Match in that game after the Men in Blue defeated the Dutch team by 56 runs to register their second win in the Super 12. In that game, Yadav scored an unbeaten 25-ball 51 with the help of seven fours and one six.

Yadav was involved in a 95-run stand partnership with Kohli for the third wicket, helping India post 179 for two on the board. The 32-year-old watched the video with a lot of excitement.

Here's the video of Suryakumar Yadav watching the video

Yadav has been in stupendous form of late. In fact, the 32-year-old is the leading run-scorer in T20s in 2022 above Pakistan's Mohammad Rizwan. Yadav failed to get going in the match against Pakistan where he got out cheaply while India were chasing 160 at the Melbourne Cricket Ground.

However, he well and truly made amends against the Netherlands. Yadav will have a massive role to play when India lock horns with Temba Bavuma's South Africa at the Perth Stadium.

Earlier this year when India played in a bilateral series against the Proteas, Yadav became the fastest to reach 1000 runs in T20Is in terms of balls faced.

He also stormed into the top 10 of the ICC rankings for batters after he scored his maiden T20I century against England earlier this year at Trent Bridge in Nottingham. After the match against the Netherlands, fast bowler Paul van Meekeren said that he found it tough to bowl to Suryakumar.