Murali Vijay scored a valiant 121 for the Ruby Trichy Warriors against the Nellai Royal Kings in a TNPL 2022 clash in Coimbatore on Friday, July 15, but that wasn’t enough to avoid a 66-run defeat.
By CX Staff Writer Sat, 16 Jul 2022 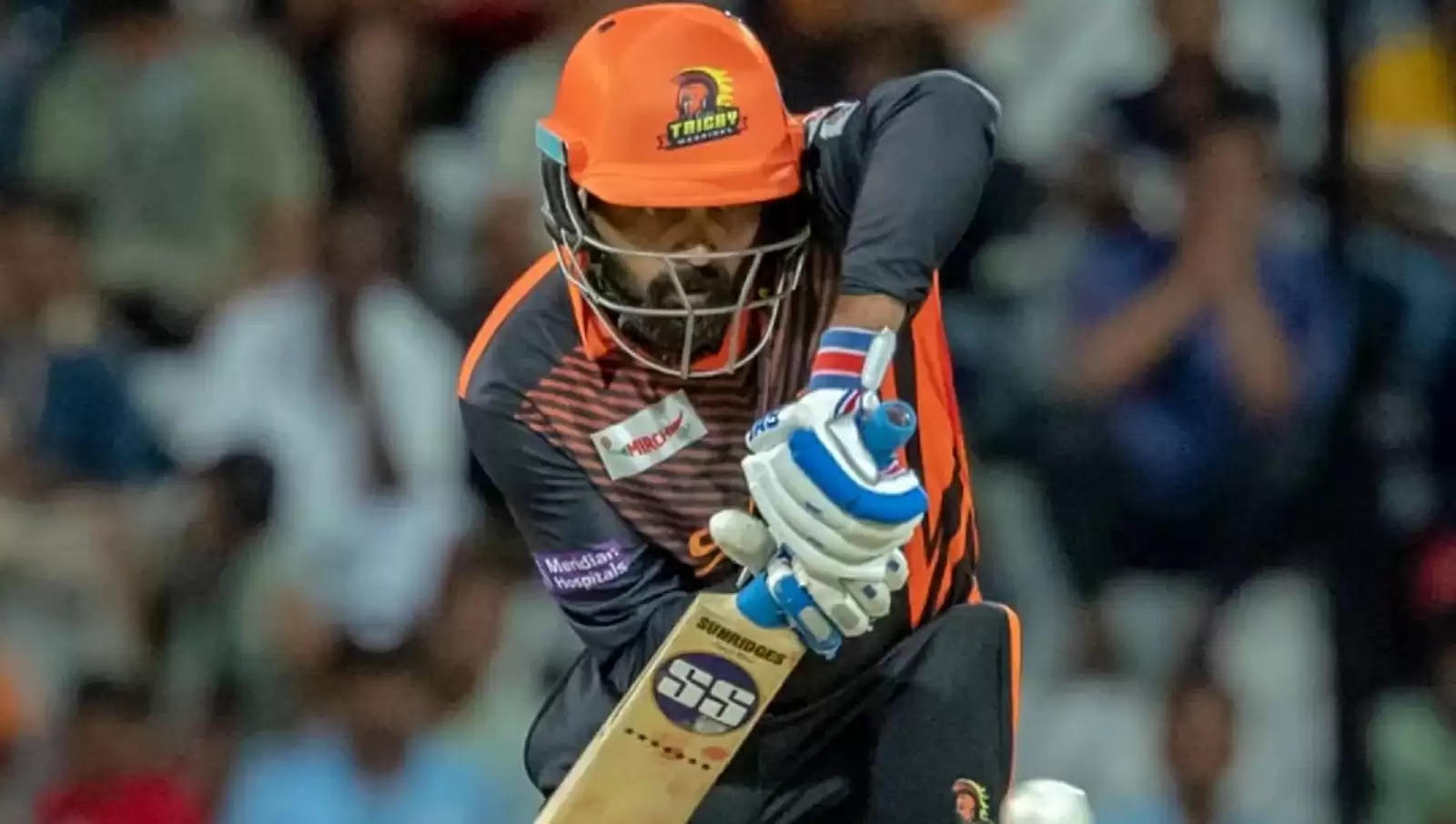 Murali Vijay rolled back the years with a sparkling hundred in the 19th match of the Tamil Nadu Premier League (TNPL) 2022 in Coimbatore on Friday. Vijay struck a 66-ball 121 for the Ruby Trichy Warriors in their run-chase of 237 against the Nellai Royal Kings, and was dismissed on the penultimate ball of the game as his side went down by 66 runs.

His last Test appearance came in Perth during India’s 2-1 series win Down Under in 2018/19, and was dropped thereafter after underwhelming returns.

Vijay was quite a force for Chennai Super Kings in their title wins in 2010 and 2011, scoring a game-setting 95 in the latter final against the Royal Challengers Bangalore, as well as their runners-up finish in 2012 and 2013. His imperious run in his first two editions in the 2010 edition had fetched him a spot in India’s squad for the T20 World Cup 2010 in the West Indies, but he could manage only 57 runs at 14.25 and a strike-rate of 83.82 as the team crashed out after three successive defeats in the Super Eight stage.

He was later roped in by the Delhi Capitals in 2014 and later to the Punjab Kings in 2015 and 2016, who he also captained, before returning to the CSK setup in 2018. He played just six IPL games between 2018 and 2020, before being overlooked in the later auctions.

The 38-year-old has aggregated 224 runs at 56 at the ongoing TNPL 2022, with his side placed seventh in the eight-team points table currently with just one win from four games.

Here’s how fans reacted as Murali Vijay rolled back the years with a stroke-filled hundred:

What's more elegant than Murali Vijay? An injured Murali Vijay dealing in sixes for fun! One of the most aesthetically pleasing batters I've ever seen! #TNPL2022

2nd TNPL hundred for Murali Vijay,Look at the team score & you will know value of this knock🔥🙌💯 #TNPL2022 @mvj888 pic.twitter.com/DAdClWLjOP

In a chase of 237, the wounded tiger has scored 100 with minimal support to rely on at the other end. The score reads 139 as Murali Vijay raises a valiant century of some kind! Sensational effort! #TNPL2022

What a valiant century by this wounded tiger - Murali Vijay. One of the most aesthetically pleasing batsmen I've ever seen. ❤️ #TNPL2022

Murali Vijay has cricket left in him

Murali Vijay scores a 24-ball 50 against the home side Lyka Kovai Kings. Getting to see glimpses of Vijay's IPL final 2011.#TNPL #CricketTwitter

Its my man "The Monk" brought back those good old days❤️ always one of my favs. #MuraliVijay pic.twitter.com/EKn9qoC2sB