‘Pant gone, TV off’ - Fans react as Rishabh Pant falls after yet another promising start

Rishabh Pant smashed two sixes and a four in a promising start, but slogged one too many to perish for 24 in the second West Indies-India T20I at the Warner Park, Basseterre, on Monday, August 1.
By CX Staff Writer Tue, 2 Aug 2022 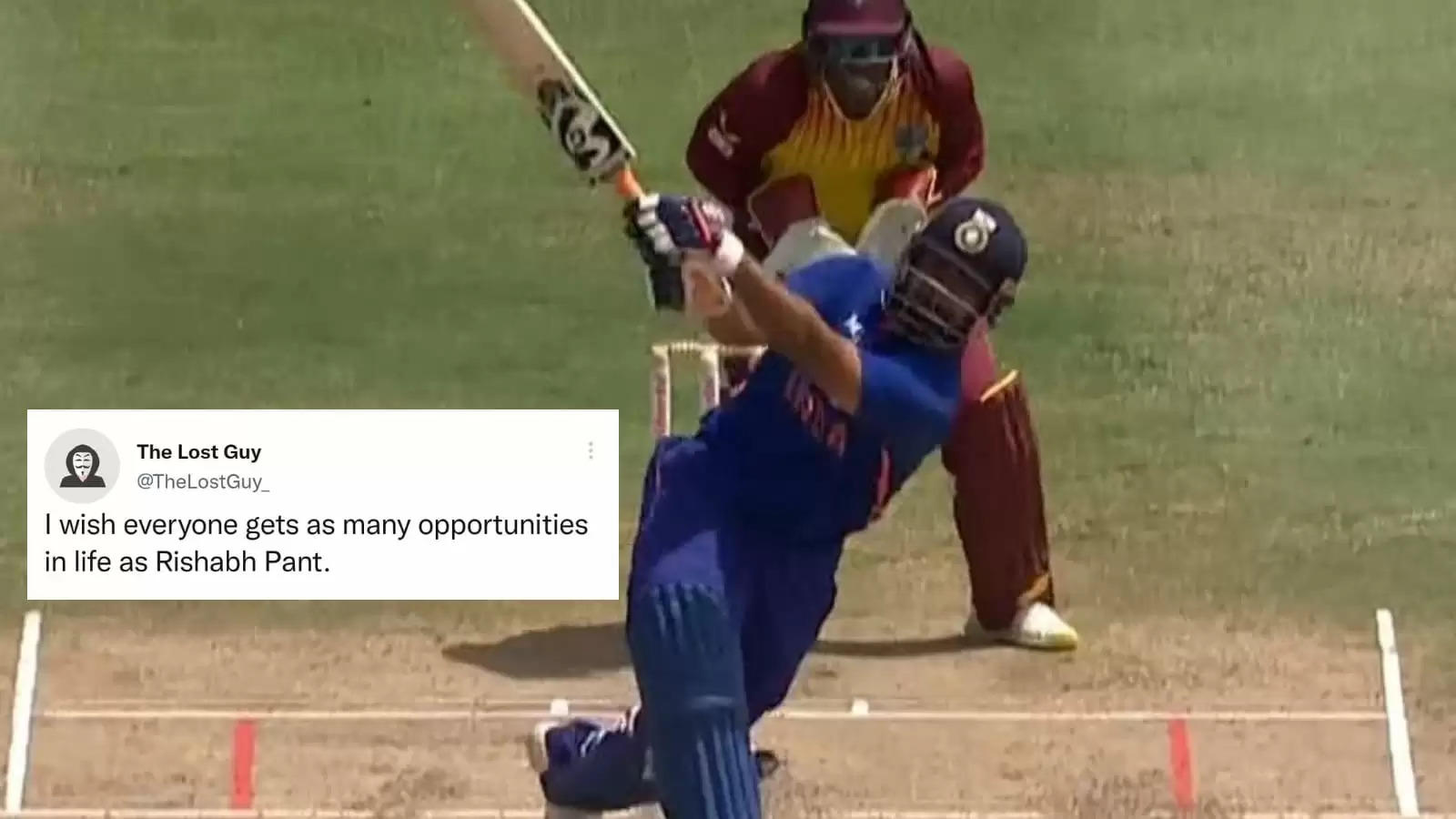 India lost a wicket first ball in the second T20I against West Indies on Monday, with skipper Rohit Sharma falling to Obed McCoy for a first-ball duck after the hosts opted to bowl. McCoy then removed Suryakumar Yadav for 11 to leave India at 17/2 in the third over, before Rishabh Pant walked in for an entertaining blitz.

The left-hander started off with a six off his second ball, and followed another in the next over off left-arm spinner Akeal Hosein to begin India’s counter-attack, but Shreyas Iyer’s dismissal not long after reduced India at 40/3.

Pant however, continued his aggressive streak even outside the powerplay, and earned a four off Hosein, before perishing the next ball in an attempt to clear the deep mid-wicket boundary. A brisk 12-ball 24 promised much, but the disappointing end prompted mixed reactions from the fans.

Here's how the fans reacted on his dismissal on Monday:

That is again a rash shot from @RishabhPant17 ! A poor way to get out. As the T20 world cup is coming close the headache for team india is growing.

When was the last time Rishabh Pant scored a 30+ in an innings ? Don't remember in the last 8 in ings atleast. We were supposed to believe Kohli and Shastri mishandled his career and didn't back him when he played the most matches in T20Is at a point for 2 years.

Big fan of Pant in test and ODI
but never in T20I
so pic.twitter.com/QTuZgVX0EP

Considering the kind of situation team is in, it's utter waste of wicket by Pant. Simply thrown away his wicket, irresponsible batting... @BCCI @IndianCricNews

Such a careless shot by Pant...🤦🏾🤦🏾..There is no need of this at all when you have got boundary in previous ball and team is 3 down.#INDvWI #WIvsIND#INDvsWI

Indian batsmen are desperately trying to take us to a decider, Rishabh Pant the latest to go #WIvIND

I wish everyone gets as many opportunities in life as Rishabh Pant.#IndvsWI #WIvIND

One of the most irresponsible player I have ever seen, the only thing stable about him is his immaturity, once again threw his wicket away @RishabhPant17 @BCCI

Rishabh Pant is a donkey sometimes, though.

Bro they are playing you to counter Maharaj and Akeal Hosein, not to get out to them!

It looks wtupid when you succumb to your favourable matchups again & again! 🤦🤦

I believe Sanju Samson at least should get half of the chances you give to Rishabh Pant...

India were 101/4 from 13 overs at the time of writing, with all-rounders Hardik Pandya and Ravindra Jadeja at the crease.

Earlier, the start of the game was delayed by a staggering three hours after it was understood that the team luggage would arrive late at the venue. India went in with one change in their XI from the series opener at the Brian Lara Stadium, Tarouba on Friday, with speedster Avesh Khan replacing wrist-spinner Ravi Bishnoi. India, having won the first T20I by 68 runs, lead the five-match series 1-0.

Not the first time luggage has delayed the start of an India - West Indies game ...