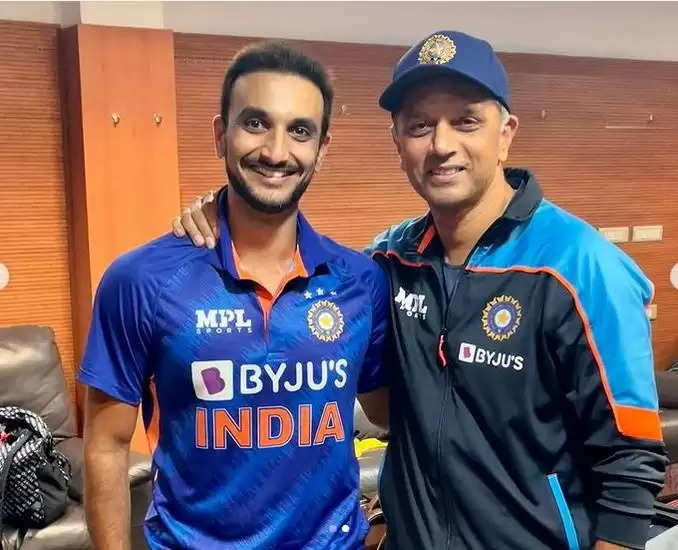 If Bumrah is fit, he is a walk in (to the squad) and so is Harshal

The T20 World Cup is just around the corner. Australia, the hosts of the tournament, and England have already named their squads for the upcoming competition. Meanwhile, it was assumed that team India will play their probable squad in the Asia Cup, but things haven't really been that great. Two of the team's main bowlers Jasprit Bumrah and Harshal Patel were ruled out before the start of the tournament owing to injuries. Harshal pick a rib injury right before the second T20I in West Indies and Bumrah was ruled out because of back spasm. This in turn led to Avesh Khan becoming an obvious choice in Asia Cup along with Arshdeep Singh whose death bowling has been great in IPL.

However, it won't be long before the BCCI would have to take the final call on the squad. Addressing the press right before the second clash against Pakistan, Team India's coach Rahul Dravid was clear that the team would go ahead with Harshal but that depends on his fitness. Additionally, it was unclear when Harshal would be able to fully recover. "If Bumrah is fit, he is a walk in (to the squad) and so is Harshal," said Dravid.

Rahul Dravid addresses press ahead of Super 4 clash against Pakistan

Arshdeep had a good year for Punjab Kings in IPL 2022. He concluded the IPL 2022 campaign with 10 wickets from 14 games, the highest of which was 3/37, with an economy rate of 7.70. On July 7 at Southampton, Arshdeep Singh played in his first Twenty20 match against England. Everyone was amazed by Arshdeep's bowling figures of 2/18 in the first game. Later, he received a call-up for the West Indies tour, giving him the chance to participate in all five Twenty20 Internationals. He had an outstanding economy of 6.58 while taking 7 wickets in 5 games.
Though Singh has been good it is still early for a player of his calibre to make it into the final squad as the first option. Harshal Patel's crunch bowling in the death overs and ability to provide breakthrough in the middle overs will obviously provide him with an edge over Arshdeep. Also, ever since the debut, Patel's role in the team has been very clear. In 15 T20 Internationals in 2022, he has taken 19 wickets with an 8.76 economy rate. For India at this time, only Bhuvneshwar (20 wickets in ten games) has more.