In a video with his Tailenders podcast co-hosts, English pacer unveiled the list of words he has muted on Twitter
By Prachi Mahamia Thu, 1 Sep 2022 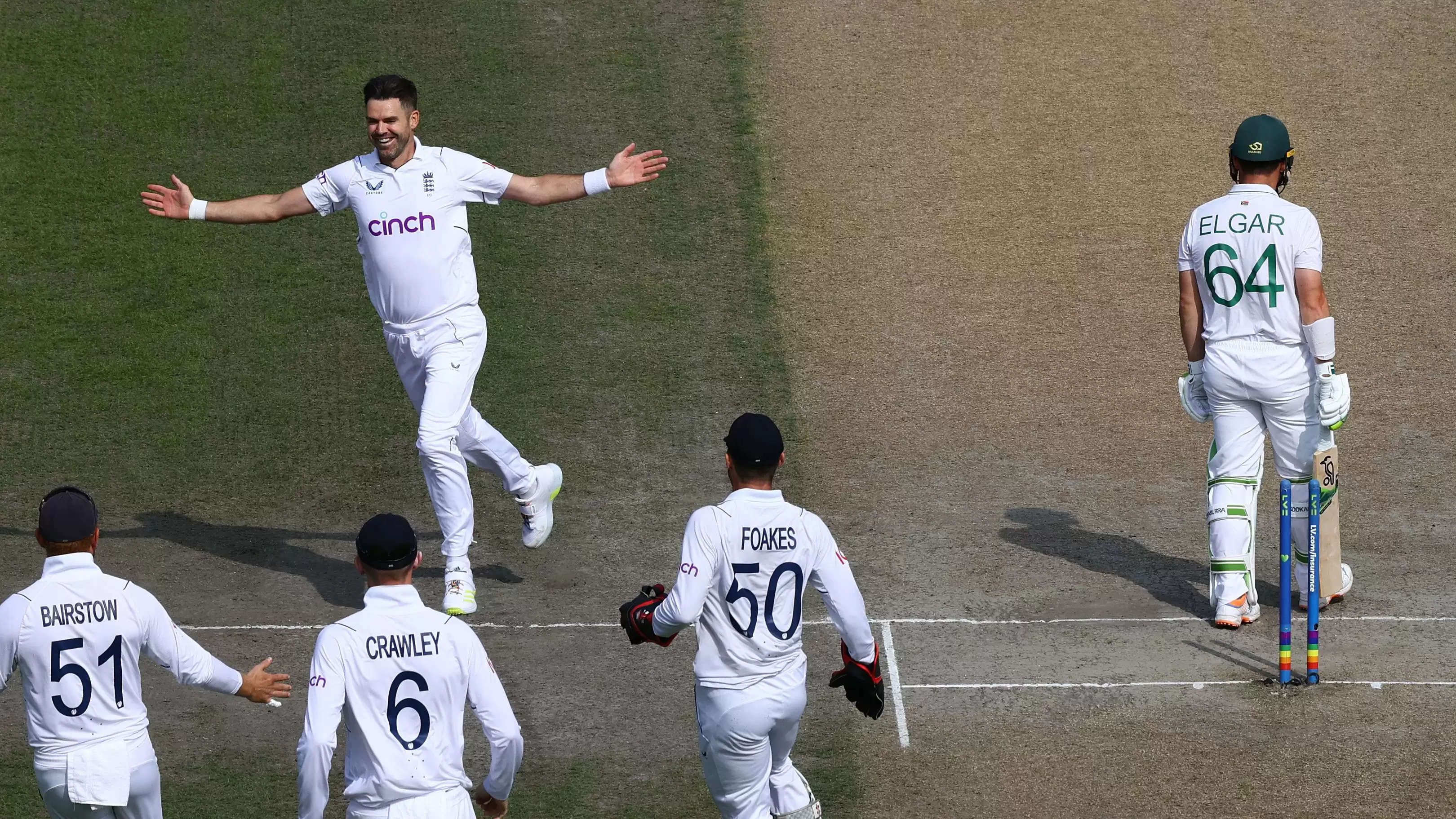 James Anderson has had fascinating battles with Rishabh Pant in Test cricket.

Twitter has a feature that allows the users to put words in the mute list and then the tweets containing those will not appear on the timeline. Making full use of the feature, England's veteran pacer James Anderson shared an insight into his list. The video showcases him in discussion with Tailenders podcast co-hosts Greg James, Felix White and Matt 'Mattchin' Horan, where he reads the list of terms he has muted, which includes amusing digs at opponents from Australia, South Africa, and India.

Despite his outstanding performance away from home over the past five years, some fans still try to argue that he is only successful in home settings. Probably annoyed by the constant trolling, he included words such as "cloud", "clouds" and "clouderson". However, these aren't the only ones on the list. He has also muted the word 'Australia' and repeated references to the calf ailment that caused him to skip the first Test of this winter's Ashes series, and had disqualified him from the 2019 Ashes after just four overs of bowling.

Furthermore, Indian wicket-keeper batsman Rishabh Pant and Australian great Glenn McGrath are also on the same list. Rishabh's inclusion is followed by additional words "reverse", "reverse sweep", and "sweep" as the batsman had hit a reverse sweep off his bowling that flew over the slips for a boundary in a Test match.

The English pacer recently embedded his name in the history by becoming the first-ever fast bowler to reach 950 wickets across formats. He achieved this feat playing his 100th game in England against South Africa recently. Additionally, Anderson has the most ODI wickets for England with 269. Now, he is fourth in the overall record list for most wickets by any bowler in Tests. Muttiah Muralitharan has the most wickets (1,347 wickets), followed by the late Shane Warne (1,001 wickets) and Indian spinner Anil Kumble (956 wickets). With just five wickets behind Kumble, Anderson can equal the tally by playing the series decider that starts on September 8 at The Oval. The series is currently levelled at 1-1.
From around the web
Weekly Trending