Jemimah Rodrigues, who turned 22 on Monday, September 5, has expressed her wish to play for the Mumbai Indians in the Women’s IPL.
By CX Staff Writer Mon, 5 Sep 2022 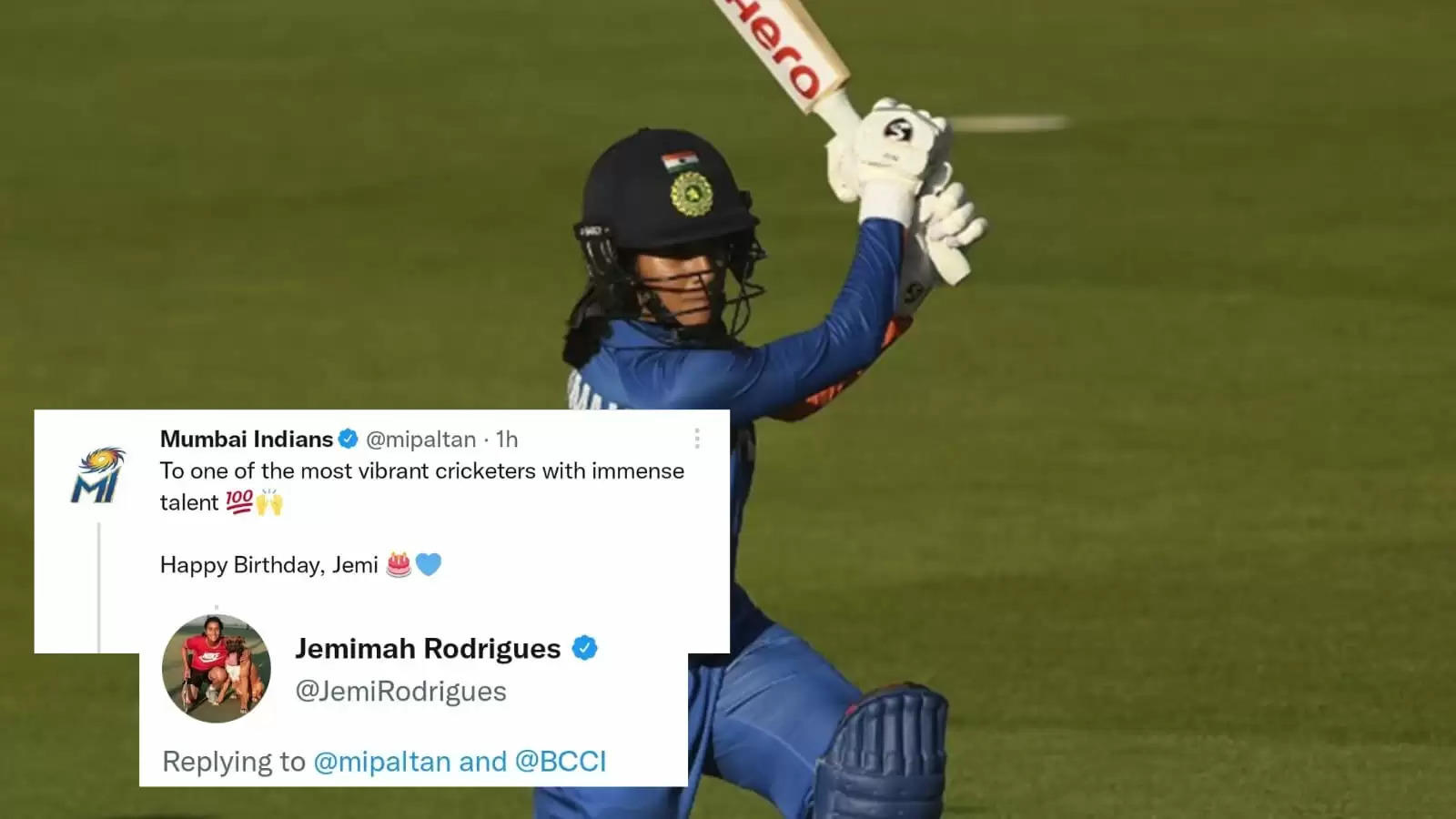 “One of the most vibrant cricketers with immense talent”

Jemimah Rodrigues, one of India’s most dynamic women cricketers, wishes to play for the Mumbai Indians in the first edition of the Women’s IPL expected to be played next year. Rodrigues turned 22 on Saturday, September 5, and the franchise wished the right-hand batter on their social media channels. Rodrigues acknowledged the gesture, while adding that she wished to be picked by the franchise ahead of the Women’s IPL 2023.

“To one of the most vibrant cricketers with immense talent. Happy Birthday, Jemi,” read the birthday wish from the Mumbai Indians.

“Thank you! You guys better pick me up for the Womens IPL… just saying,” replied Rodrigues.

Thank you! You guys better pick me up for the Womens IPL… just saying 😌💙

Rodriges was a key member during India’s runners-up finish in cricket at the Birmingham Commonwealth Games 2022 last month, wherein she aggregated 146 runs at 73 to finish among the top-five run-getters. She scored run-a-ball 33 in the final against Australia, adding 96 for the third-wicket with the skipper Harmanpreet Kaur, before her dismissal in the 15th over tilted the balance. She was overlooked for the ICC Women's World Cup 2022 in New Zealand earlier this year, before making a strong comeback to the national team following her fine showing in the Women's T20 Challenge 2022.

Rodrigues will now be in action during the India Women’s tour of England, featuring three T20Is and as many ODIs between September 10 and 24. The ODI series will serve farewell to one of game’s greats Jhulan Goswami, who had announced her retirement call last month.

ALSO READ: 'Only MS Dhoni called me' - Virat Kohli reveals that no one else called him after he left Test captaincy

Meanwhile, The Board of Control for Cricket in India (BCCI), are planning to organise the first edition of the Women’s IPL early next year, given the increasing popularity of the women’s game in recent times.

"We are at the level of formulation to have a full-fledged WIPL. It is certainly going to happen," BCCI President Sourav Ganguly had told PTI earlier this year. "I strongly believe that next year i.e. 2023 will be a very good time to start a full-fledged women's IPL which will be as big and grand a success as men's IPL."