The Afghanistan seamer has decided not to play the BBL as a mark of protest for CA's decision to call off a series against his nation.
By Kashish Chadha Thu, 12 Jan 2023 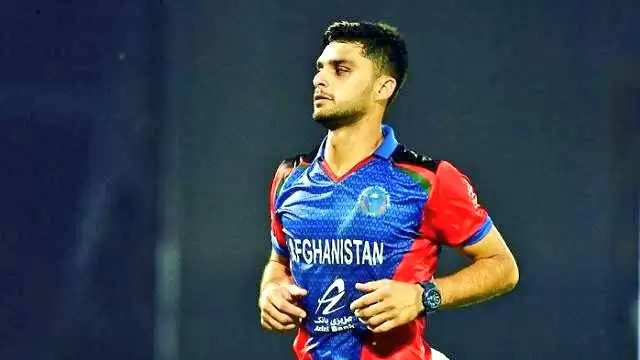 Afghanistan seamer Naveen Ul Haq was extremely critical of Cricket Australia's (CA) decision to cancel a scheduled men's ODI series against his nation. The youngster expressed his dismay about Australia's move to call-off three ICC Super League games scheduled at the back half of March in UAE.

The batter said he "won't be participating" in the Big Bash League (BBL), Australia's premier T20 competition, anymore as a mark of protest against CA's repeated failure to adhere to their FTP arrangements against the Afghans.

While CA deemed their decision based on ethical implications of the Taliban crackdown on women's participation in sports and all human rights activities in the war-torn nation, Naveen Ul Haq reinforced why their move could have a detrimental impact on Afghanistan cricket and the country's cricket-loving populace.

Previously, CA had cancelled their scheduled one-off Test match against Afghanistan at the start of the 2020-21 home summer, which had disappointed the Afghanistan cricket community, including leading international players such as Rashid Khan and Mohammad Nabi.

Naveen Ul Haq pledges not to play BBL in protest

"Time to say won’t be participating in big bash after this until they stop these childish decisions," Naveen Ul Haq tweeted. "That’s how they went about the one off test now ODI when a country is going through so much in place off being supportive you want to take the only reason of happiness from them. #CA"

Naveen became the first Afghanistan international player to react to CA's decision on a personal level after the board received flak from various fans for not fulfilling a pre-scheduled commitment to play Afghanistan.

The ODI series, part of the ICC Super League, had already been postponed from its original window and were important few fixtures for Afghanistan cricket as they marked the hosts' first bilateral series against the might of Australia. Now those fixtures will not be played, with CA taking a moral high ground on the matter.

The board on their part explained that the decision has been made in view of the Taliban's misogynist regime, with women being put through worst of oppression, denied basic human rights. CA said they stand firmly in support of the rights of all women in Afghanistan to play cricket and hope for a positive update on the same in future from their Afghanistan counterparts.

From the point of the Taliban return, all activities that Afghanistan Cricket Board (ACB) had put on to create and sustain the country's first women's international team have gone on hold, with players leaving the country in fear for their lives.

In their latest update, the ICC stressed they find little to no activity in this regard, with negligible hopes of a women's team finding its wings in the country any time soon. The development could put Afghanistan's full-membership at risk, with it being mandatory that prominent Test-playing countries have an active women's team along with their men's side.

Also Read - 'People who don’t know me at all are commenting about me': Prithvi Shaw

That, however, hasn't helped accusations of convenience on CA behind their stance since the board has been allowing leading Afghanistan players to take part in the BBL and were more than willing to go through a recent T20 World Cup fixture in Adelaide, where they had to win to keep their semifinal hopes alive.

CA has been notorious for previously cancelling lesser lucrative assignments through the pandemic hours and thus the latest decision has gotten them flak for an elitist attitude shown at a time when Afghanistan cricket is reeling and needs the support of the rest of the international community.