WATCH: Pakistan batter hits the longest six of the Super 12 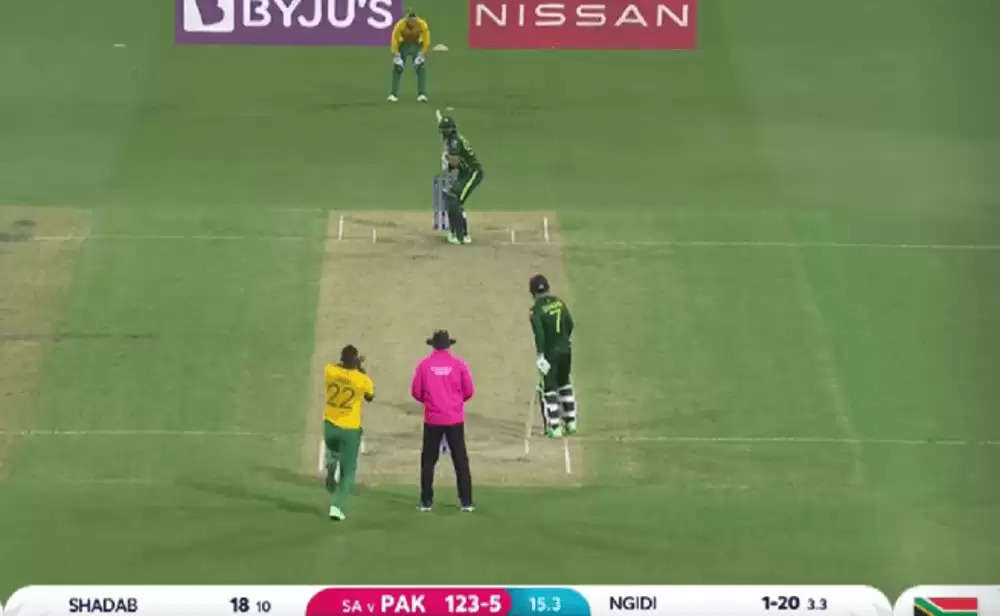 Iftikhar Ahmed showcased his six-hitting abilities with a giant maximum off pacer Lungi Ngidi at the SCG.

Iftikhar lined up Ngidi to the second tier at the iconic Sydney Cricket Ground, hitting the ball as far as 106 metres from the pitch area. That was the biggest maximum struck at this year's edition of the T20 World Cup till Thursday during the Super 12s round.

That it arrived from the darkhorse figure of Iftikhar Ahmed perhaps summed up the man's career for Pakistan, wherein like their other middle-order batters he continues to fight odds and proves his mettle from time to time.

The six was part of Iftikhar's knock of substance under pressure for Pakistan. He smashed his way to a brilliant 51 off 35 balls after arriving at No.5 with Pakistan struggling at 40 for 3 at one stage. His knock featured 3 fours and 2 sixes, the highlights of which was the 106-m giant six to mid-wicket.

The six arrived past the halfway mark of the 16th over in the Pakistan first-innings batting effort. Taking on the short ball by the in-form Ngidi, Iftikhar dispatched it well over the on-side boundary and got it sailing into the second tier at the picturesque SCG.

The timing on the stroke, apart from the power involved, was the key as Iftikhar used the pace on offer from the South African seamer to his advantage and hit another of his elegant maximums out of the park.

The six caught everyone's imagination, especially as it covered an eye-catching distance from the moment it found the sweet part of the willow. Iftikhar Ahmed would've been personally delighted with the stroke, getting it right under his eyes and smashing the leather out of it.

This was the second half-century of the competition for Iftikhar Ahmed, having played a similar resurrection knock for Pakistan against arch-rivals India at the MCG.