The Pakistan Women players were seen celebrating the men's team's win over New Zealand in the T20 World Cup 2022 semi-final with great joy and passion in a viral video on Wednesday.
By CX Staff Writer Wed, 9 Nov 2022 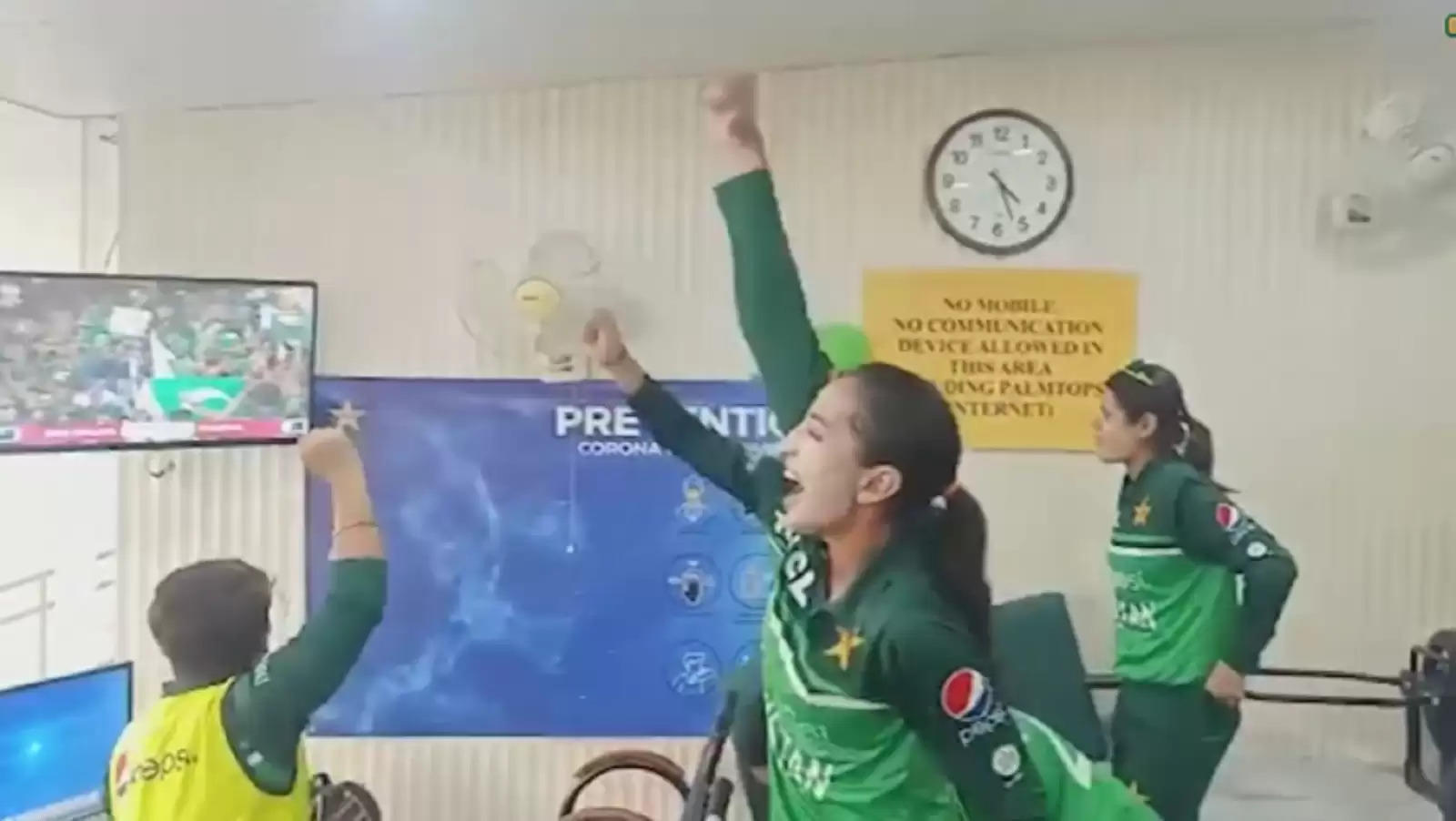 Pakistan defeated New Zealand by seven wickets in the first semi-final of the T20 World Cup 2022.

Pakistan romped to their third T20 World Cup final - the first since the victorious 2009 campaign - beating New Zealand in the first semi-final of the ongoing 2022 edition at the Sydney Cricket Ground on Wednesday, November 9. Powered by fifties from skipper Babar Azam and Mohammad Rizwan, Pakistan secured the 153-run chase with seven wickets and five balls to spare.

The win was celebrated by millions of passionate Pakistan cricket supporters across the globe, including the national women’s cricket team. A video put by the official Pakistan Cricket Board social media handle captures the joy and emotion of the Pakistan Women cricketers, right after Shan Masood hit the winning runs off Tim Southee in the all-important clash.

Pakistan managed to restrict New Zealand to 152/4 in the allotted 20 overs after Kane Williamson opted to bat, with Shaheen Afridi starring with the ball with returns of 2/24 from four overs.

Babar and Rizwan put up a 105-run game setting stand in response - a record eighth in all T20Is and a record third in T20 World Cup history - before Mohammad Haris struck a crucial 30 off 26.

“Thanks to the crowd. We feel like we're playing at home,” Babar said after the win. “Got a good start with the first 6 overs with the ball. Later on the ball didn't come on well. Fast bowlers finished well. We planned before going that we'll utilise the power-play. He's a young guy and showing his aggression (Haris). He's playing very well. We're going to enjoy this moment. But at the same time, we have to focus on the final.”

The second semi-final will be played between India and England at the Adelaide Oval on Thursday, November 10. The Melbourne Cricket Ground will host the final on Sunday, November 13.

IPL auction to be held in Kochi on December 23; teams to get additional purse