Two hundred and two for no loss at Visakhapatmam after day one of the first Test. Rohit Sharma with 115* and Mayank Agarwal with 84*. Yes, Yes that is for real. India’s new adventure to try out Rohit at the top saw an exciting beginning while Agarwal continued to solidify his spot in the team […]
By Karthik Raj Wed, 2 Oct 2019 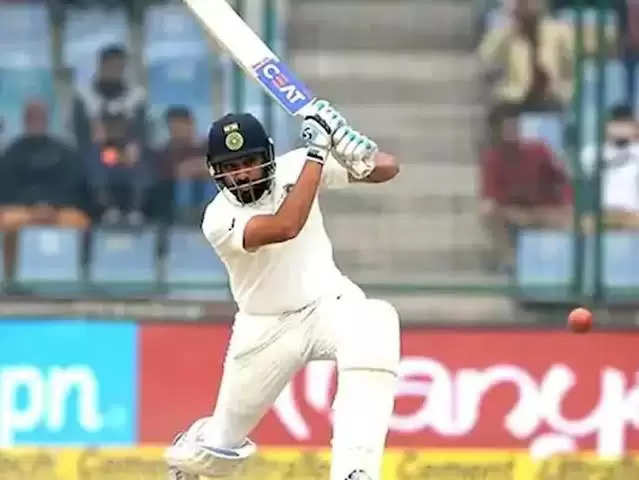 Two hundred and two for no loss at Visakhapatmam after day one of the first Test. Rohit Sharma with 115* and Mayank Agarwal with 84*. Yes, Yes that is for real. India’s new adventure to try out Rohit at the top saw an exciting beginning while Agarwal continued to solidify his spot in the team by feasting on a South African attack that was made to chase the leather on a rain-curtailed day.

Both Rohit and Agarwal saw off a testing initial period from Vernon Philander and Kagiso Rabada with sensible batting, after which they made full use of the hit-me balls delivered by Dane Piedt and Senuran Muthusamy. The opening pair’s dominance just gave away a massive glimpse of how things could pan out for South Africa in this three-Test match series.

This wasn’t surprising though. The start of an Indian home summer is always exciting. Fans know that India are close to invincible in their own conditions. There is just an air of inevitability about India doing well and dominating visiting teams, especially in Test cricket.

However, there was something to look forward to in this particular series against South Africa. Shikhar Dhawan, KL Rahul had all failed, Prithvi Shaw was out for a different reason and everyone expected Abhimanyu Easwaran or Priyanka Panchal to get a call-up. It would have been well deserved too considering that they had been scoring heavily for their domestic sides and also India A.

Although the prodigiously talented Shubman Gill received his first Test call-up, the MSK-Prasad left selection panel had surprisingly overlooked both Easwaran and Panchal. Yet, the bigger talking point was an announcement about Rohit, as Virat Kohli yesterday stated that the Mumbai player would walk out against the new ball.

Naturally the skeptics were quick to pounce upon that decision and it wasn’t surprising too.

Before this Test match, Rohit Sharma had only averaged 39.62 after 27 matches – stats that don’t really catch someone’s eye with excitement. The difference between his performances at home and away conditions were startling. At home, Rohit averaged 85.44 while only managing a mere 26.32 in overseas matches. Add to this the fact that he is 32 years of age, and the decision didn’t look like a wise one while looking at the long-term fortunes of the Indian team.

Playing and scoring at home was never a problem for the Indian openers and thus this decision to ask Rohit to be the team’s opener received mixed reactions from the experts and fans. They questioned his ability to play the moving ball, to see off the testing initial period and then make hay when the sun shines. Even after this century, one could say that those doubts still linger on because the major challenge would to replicate the same in New Zealand or South Africa.

There will be more assistance to the bowlers in overseas conditions and also in the air. There won’t be any respite in the form of spinners too. It will always be a case of seeing out the ever-present difficult conditions.

But on the plus side, Rohit Sharma’s supporters might point out that he had similarly overcome several question marks while being tried out as an opener in ODI cricket too. Before the 4th ODI on January 23, 2013, Rohit Sharma had a fledgling ODI career with an average of 31.22. Six years later, Rohit Sharma averages 48.52 and is probably the best opener in that format. India will hope that Rohit can replicate the same in Tests too. They will want him to replicate his template of scoring massive knocks after cautious beginnings. The scoring rate will also be an added bonus. 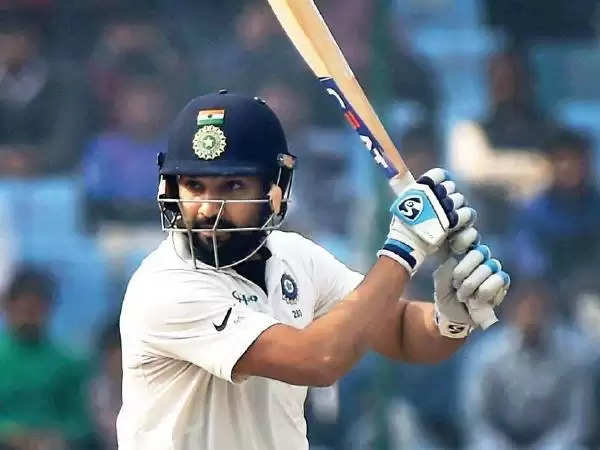 However again, the difference between white ball and red ball has to be taken into account. These days, the white ball tends to swing for six or seven overs. It won’t be the same in Test cricket. The ball will provide help for at least 25-30 overs and then the second new-ball after 80 overs will keep any batsman on his toes.

Even while pondering here, it is a tough task to predict how this experiment will pan out in the long run. Will it be a new era or a false dawn? For unfortunately, that is anyone’s guess.

Given Rohit Sharma’s stature, it is easy to look past Mayank Agarwal’s performances that continue to be impressive. Just like Rohit Sharma, there were question marks around his technique too. But ever since he broke down the Test team’s door with an incredible 2017-18 Ranji Trophy season, which saw him score 1160 runs, the 28-year-old hasn’t looked back at all. It did take a fair bit of time before Mayank got his well-deserved debut in Australia last year but one could say that he has taken his chance with both hands. After missing out on three hundreds in four overseas Tests, Day 2 might very well witness the Karnataka opener’s first-ever Test hundred.

Going into Day 2, it will be an understatement to say that India already look poised to post a mammoth first-innings total. Just like any home season, India haven’t failed to excite their fans once again.