It’s remarkable how Royal Challengers Bangalore (RCB) and Glenn Maxwell have had similar trajectories. The expectations from both are sky-high every time they take the field. However, for a long time now, they’ve been the perennial under-achievers in the IPL. At times, they take off incredibly but have constantly found ways to fall down. Year […]
By Sahil Jain Mon, 19 Apr 2021 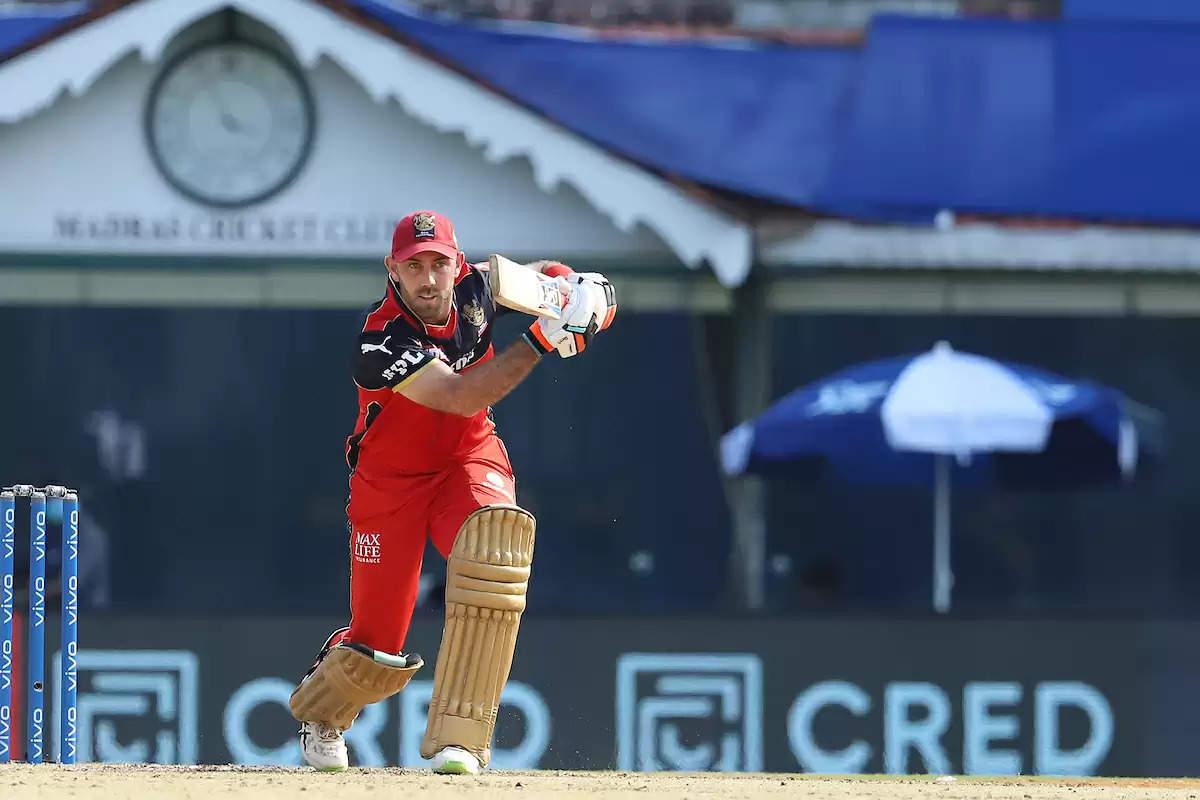 It’s remarkable how Royal Challengers Bangalore (RCB) and Glenn Maxwell have had similar trajectories. The expectations from both are sky-high every time they take the field. However, for a long time now, they’ve been the perennial under-achievers in the IPL. At times, they take off incredibly but have constantly found ways to fall down.

Barring the 2014 season where he lit up the first half of that season, the Victorian all-rounder hasn’t really lived up to expectation in the IPL. Yet, season after season, teams have shown faith in Maxwell and gets a lot of attention from multiple teams. They splurge big money on the ‘Big Show’, but he just doesn’t arrive in that avatar.

There have been multiple instances where it seemed like the Maxwell that turns up in the IPL, is a pale shadow of the man who plays for Australia. In fact, prior to this 2021 edition, he played 10 or more games in a season six times, but he crossed 200 runs in a season only twice (2014 and 2017) and it was only in both those seasons where he averages in excess of 30. Such has been Maxwell’s inconsistency and inability to win games for his side in the Indian T20 extravaganza.

This year was no different. After being released by the Punjab Kings (formerly, Kings XI Punjab), Glenn Maxwell once again gained insane attraction. Rajasthan Royals (RR), Kolkata Knight Riders (KKR), Royal Challengers (RCB) and Chennai Super Kings (CSK) – all wanted a piece of Maxwell. The price went as high as INR 14.25 crore. Only five players in the history of the IPL auction had earned a higher bid. His previous two bids INR 9 crore and INR 10.75 crore.

Once again, the question came up, can Maxwell live up to the hype? Can he deliver? Can he justify that price tag? And like every year, the same questions came up for RCB. For the umpteenth time, they put together a solid side. But can they go the distance?

Well, both Maxwell and RCB have taken a foot in the right direction. For the first time in the history of the IPL, RCB have won their first three games of a season. Meanwhile, Maxwell who hadn’t scored a single half-century since May 4th 2016 has now got two in two and has played a massive role in each of the three wins for RCB.

Maxwell came into this IPL season on the back of some decent form. He did well in the white-ball leg of India’s tour of Australia, scoring three half-centuries in six games (ODIs and T20Is combined). He scored a fine 70 in New Zealand before flying to India for the IPL.

And he’s carried that form into the first three games. With scores of 39, 59 and 78, Glenn Maxwell has started this tournament with a bang. RCB couldn’t have asked for a better start. They needed someone to take the pressure off the two superstars Virat Kohli and AB de Villiers and Maxwell has done exactly that. Moreover, what Maxwell has done is that he hasn’t allowed the run-rate to dip in the middle overs which was a serious problem for the three-time finalists in the 2020 season.

To add to that Maxwell’s entry hasn’t been at the easiest of times. He has batted at No. 4 in each of the three games. His entry points are – 46/2 in six overs against Mumbai Indians (MI) chasing 160, 47/2 in 6.1 overs against Sunrisers Hyderabad (SRH) batting first and the worst of them all, 9/2 in two overs against Kolkata Knight Riders (KKR) batting first. And he’s backed that up with fantastic scores.

Three innings at Chepauk where batting was difficult for most the players – he made it look easy at most times.

The 78 he scored against KKR, in particular, was outstanding. In situations like 9/2 as RCB found themselves against the Eoin Morgan-led side, they have tended to fall apart and crawl to paltry totals. But that wasn’t the case. Yes, it was helped by some AB de Villiers magic but it was largely Maxwell who resurrected the innings and laid the platform. Despite being under pressure, Maxwell found ways to score and put the pressure back on the KKR bowlers. He played a different knock against SRH. He started off sluggishly, took off but consolidated when wickets fell and finished with a flourish.

Also, Maxwell’s total range of shots have been on display. He isn’t afraid to take on the spinners with either the slog-sweep or the reverse-sweep (and the switch-hit). He batted beautifully against the fast bowlers as well. With Virat Kohli not at his best and AB de Villiers slightly susceptible against spin lately, Maxwell has taken the responsibility wonderfully.

Take a look at his wagon wheel for each of the three innings. There is no particular template. There were instances in the past, where he was adamant on either the reverse-sweep or just kept playing the slog-sweep to get out of trouble. Here, the inside-out shots have unfurled. He’s cut and pulled the fast bowlers along with driving them. The rotation of strike is much better and he’s constantly finding the gaps.

Read on Jalaj Saxena’s wait to make an IPL debut.

The impact that Maxwell has had has been magnificent so far. On a Chepauk pitch where most of the batters have struggled, especially in the middle overs and the back end, Maxwell has ruled the roost and dominated – 176 runs at an average of 58.67 and a strike-rate of 149.15.

Moreover, what’s helping Maxwell is him batting at No. 4 and the pressure being distributed between the batting line-up. Kohli and de Villiers are megastars and the spotlight is on them more often than not. That has helped Maxwell quite a bit and having de Villiers come in after Maxwell has freed up the Victorian as well, as admitted by him in the post-match presentation against SRH. RCB have used him well. He is constantly seen talking to Kohli as well and results show the ‘Big Show’ is in a good space.

A change in team has done wonders to his game and confidence. In fact, his 176 runs in three games are already more than one and a half times of what he managed in 2020 (108 runs). The number of fours that he has scored is almost double (17 compared to nine) and he already has 8 more sixes (8 compared to none). In fact, the tally of 176 is only bettered three times in Maxwell’s IPL career and the third-best is 179 which came in 2016.

Will this finally be the season for Glenn Maxwell? Well, it’s started that way and along with some help from the bowling attack and the freak AB de Villiers, Maxwell has helped RCB get off to a flying start.