India’s domestic T20 tournament reaches its zenith as Tamil Nadu and Karnataka are ready to lock horns once again in a final of a tournament in 2019, the first one being the recently-concluded Vijay Hazare Trophy. Both the teams have deservedly reached the finals and have had some stellar individual performances along the way. Usually, […]
By Anuj Nitin Prabhu Sun, 1 Dec 2019 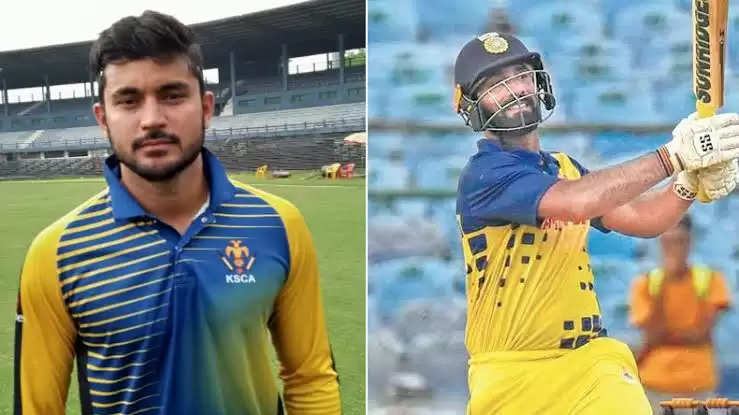 India’s domestic T20 tournament reaches its zenith as Tamil Nadu and Karnataka are ready to lock horns once again in a final of a tournament in 2019, the first one being the recently-concluded Vijay Hazare Trophy. Both the teams have deservedly reached the finals and have had some stellar individual performances along the way. Usually, this tournament is a dress rehearsal for many young prodigies to get picked up in the IPL auction and grab the limelight on the mega-stage. This year too the tournament has lived up to its billing and has been the stage for some sensational young talents to display their skills and consistency.

Devdut Padikkal is one of the major reasons why Karnataka have made it to the final of the tournament. He has had a fantastic season so far as he was the highest run-scorer in the Vijay Hazare Trophy too helping his team to the title-win and even in the Syed Mushtaq Ali trophy, he is leading the batting charts with 548 runs in just 11 innings at a mammoth average of 68.50 with his highest score being an unbeaten 122. The 19-year-old has shown tremendous maturity in his shot-selection and has also showcased the ability to hit big shots and would be hopeful about helping his team win another title this season. He has been so effective that Royal Challengers Banglore have retained him for the upcoming season of the IPL and he has not even played a single game for them. He will play a really big role if Virat Kohli wants to win that elusive maiden title with the Banglore-based franchise. As that lies ahead in the future, Padikkal will be focusing on the present and will be looking to bat well and win the game for Karnataka.

With Padikkal making headlines for Karnataka, their counterparts Tamil Nadu have a star of their own who has risen to the occasion and helped them set -up a finale clash with the Vijay Hazare Trophy holders. 23-year-old Ravisrinivasan Sai Kishore has been troubling the batsmen throughout the tournament with his left-arm spin bowling, picking up 20 wickets in 11 games with best figures of 3/9 against Vidarbha. He has been ably supported by T Natarajan and M Siddharth who themselves picked 13 and 12 wickets respectively. With the likes of KL Rahul and Manish Pandey in the ranks of Karnataka, the final is set to be a clash between the batting might of Karnataka versus the bowling artillery of Tamil Nadu.

Speaking of other key players to watch out for, skipper Dinesh Karthik has led the Tamil Nadu team really well and even though he is not among the top run-getters in the tournament, he has always been there when the team needed him and has been a fine finisher for the sides. He bagged important half-centuries against Uttar Pradesh and Vidarbha along the road to the final and will be looking to make a strong comeback in the Indian T20 set up with the T20 World Cup less than a year away. Falling just short to the same opponent about a month ago is something that Karthik will take inspiration from and he will be looking to instill some faith in his team and will be looking to beat Karnataka and avenge the Vijay Hazare final defeat.

KL Rahul has been another player who has looked in superb touch after returning from the Indian T20 side for Karnataka. He smashed an unbeaten 84 against Punjab and then backed it up with a superb knock of 66 against Haryana in the semifinal to help Karnataka reach the finale of the tournament. He has been one of the shining lights of the Karnataka batting line-up and will be looking to give them a good start with the bat in the final. Washington Sunar’s 3/10 in bowling and 38 not out with the bat versus Jharkhand proves just how significant a player he is for Tamil Nadu as an all-rounder. He also smashed an unbeaten 54 in the semi-final which helped Tamil Nadu win convincingly. Shreyas Gopal is another bowler to look out for with figures for 3/14 against Goa being his best in the current tournament. Gopal has the knack of picking wickets at crucial junctures and that will be key for Karnataka’s chances in the final.

Other players like Krishnappa Gowtham, Prasidh Krishna and Indian internationals like Ashwin, Karthik and Vijay Shankar with their experience can win the game for their team on their day. Both the teams have played extremely well and the final rightly has two of the best teams of the tournament. It is now all about who holds their nerve better in crunch moments and handles the pressure better than others. Some players are playing to get a look-in into the IPL, while some are in the quest of getting back into the Indian team. With Surat having produced sporting wickets having something for both batsmen and bowlers, the finale promises to be a mouthwatering clash with one team trying to avenge their defeat and other team trying to keep their title-winning momentum going.