Watch: Shaheen Afridi gets rid of Alex Hales with his trademark peach 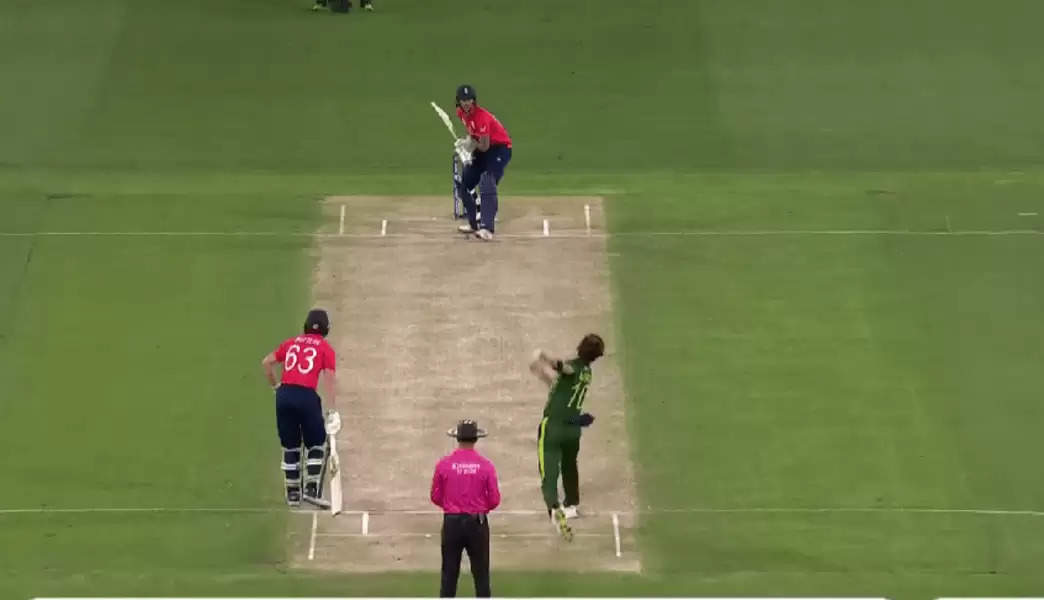 Shaheen Afridi got the in-form Alex Hales out in his characteristic fashion with the new ball in the T20 World Cup 2022 final at MCG on Sunday (November 13).

The Pakistan spearhead got Hales out with a peach of an inswinger to raise their hopes at the start of the defence for the middling 138-run target.

Shaheen pinned Hales from the over-the-wicket angle across the right-hander, getting the ball to tail in late at high-end pace to evade the England opener's downswing and getting the ball to crash onto the stumps in a typical start for the young rising speedster.

Hales was evidently anticipating a ball that goes across him from the angle but it came in sharply into his body, late enough to give him any time to make a quick adjustment, with some terrific movement that was always going to avert his willow.

The batter looked at sea, not being able to move back and across to cover for the movement behind the delivery, which Shaheen Afridi has been bowling consistently to the right-handers with the new ball since the start of his career.

Shaheen gets Hales out with a beauty

The excellent ball and the wicket was seen at the close of the first over in England run-chase at the MCG.

Defending a measly score of 137/8 on a true surface, Pakistan desperately needed early breakthroughs to keep their hopes to lift the T20 World Cup 2022 title alive.

That was once again provided by their spearhead Shaheen Afridi, who got rid of the mighty Hales with a picture-perfect ball in the very first over of the innings.

After an iffy start bowling to Hales' opening partner Jos Buttler, Shaheen got into his own and dismissed one of England's semifinal heroes.

It's game 🔛 in the #T20WorldCupFinal as Shaheen Shah Afridi produces an early breakthrough! 🤩

Hales' wicket must have been a sigh of relief for Pakistan after seeing him absolutely pulverise their neighbours India with the bat in the hand in the semifinal at the Adelaide Oval.

The batter had smashed his way to an unbeaten 86 off 47 balls but could only muster a solitary run in the final because of Shaheen's brilliance.