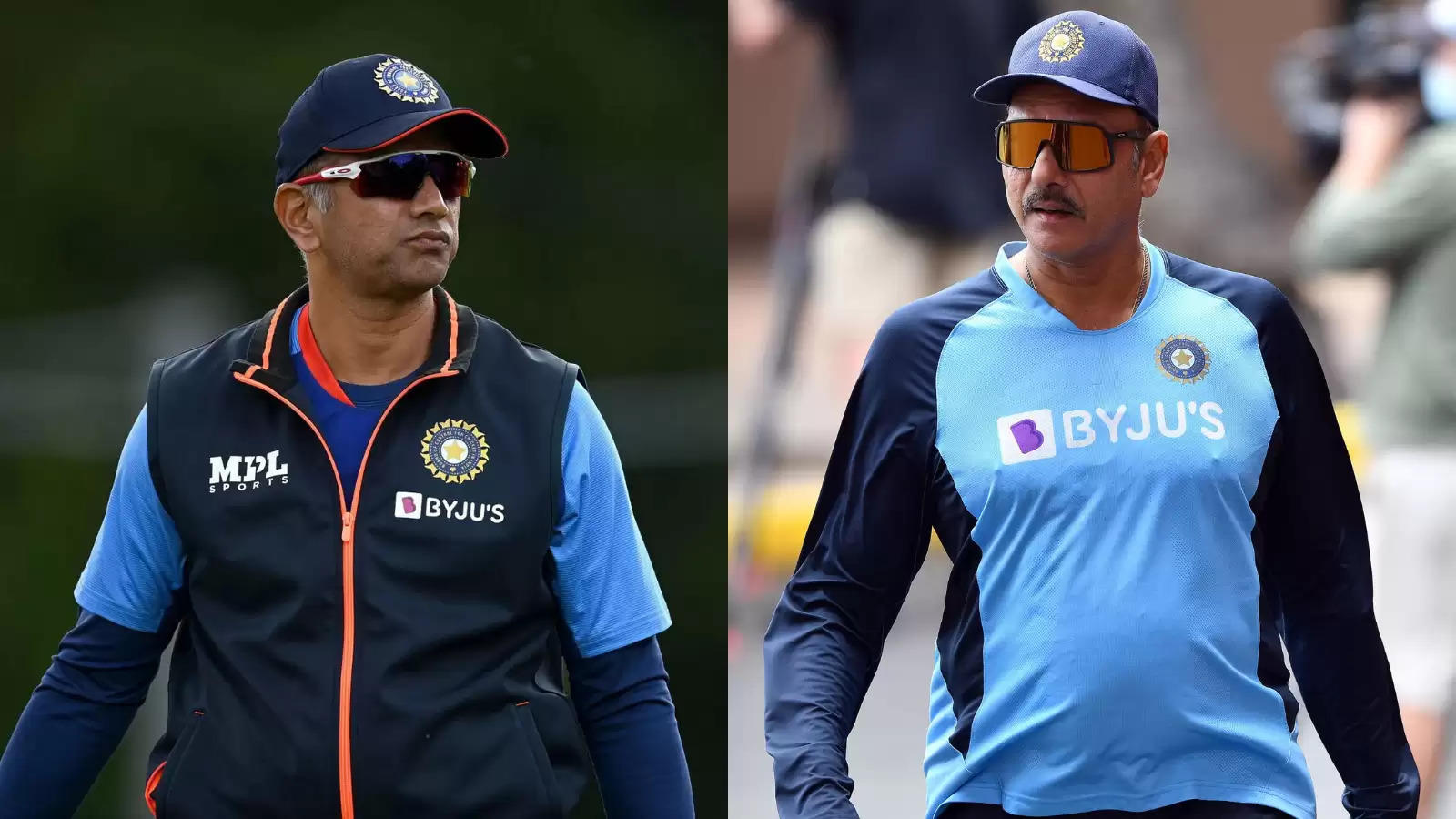 “What do you need that many breaks for?”

After a disappointing 10-wicket defeat in the T20 World Cup 2022 semi-final, which marked their exit from the tournament, India are now on tour of New Zealand where they’ll play three T20Is and as many ODIs from November 18 to 30.

India have named Hardik Pandya as the captain for the T20I series, beginning Friday, November 18, in Wellington, while Shikhar Dhawan will lead the ODI side in the absence of host of senior players.

Meanwhile, head coach Rahul Dravid, batting coach Vikram Rathour and bowling coach Paras Mhambrey have too, been given a break from the tour, with VVS Laxman, Hrishikesh Kanitkar and Sairaj Bahutule to fill in for the respective roles in New Zealand.

Former India head coach Ravi Shastri questioned the coaching staff taking a break, adding that the 2-3 months of IPL window is enough to serve the purpose.

"I do not believe in breaks," Shastri said during a virtual press conference on the eve of the first T20I between India and New Zealand in Wellington. "Because I want to understand my team, I want to understand my players and I want to be in control of that team. These breaks... What do you need that many breaks for, to be honest? You get your 2-3 months of the IPL, that's enough for you to rest as a coach. But other times, I think a coach should be hands on, whoever he is."

Big call from the Blackcaps as they leave out Boult and Martin Guptill from the limited-overs squads that take on India from November 18 👀#NZvIND pic.twitter.com/ly0w0nXV06

Meanwhile, Laxman is focussed on grooming the current young guns while looking ahead to the future, a point he raised in a pre-match press conference in New Zealand. Shastri agreed with Laxman, adding that India need a fearless approach in their white-ball cricket, much like England, the current ODI and T20 World Cup title holders.

"I think that is the way forward. VVS is right,” Shastri said. “They will identify the specialists, especially with youngsters because going forward, that should be the mantra. Two years from now, identify and make that Indian team into a terrific fielding side and of course identify roles for these youngsters who could be fearless. And go out there and play that kind of cricket without any baggage whatsoever.

ALSO READ: What role will Shubman Gill have in the T20I team?

"There is an opportunity with this team in the future to identify match winners and duties, and go pretty much on the template of England. Because they are one team that really caught the bull by its horns after the 2016 World Cup. They went, they sat down and said, 'We are going to change our resources. We are going to identify the best players for that format of the game - whether it's T20 or 50-over cricket’. And which meant that if there were certain senior players who would sit out, then be it. And they got in youngsters who were fearless, who could adapt to that pattern of the game without having to change too much.

“So it's a template that can be followed easily. India have got a wealth of resources and I think it can start now from this tour. Because when you look at this team, it's a fresh, young side... you can identify, groom and take this team ahead in two years' time."