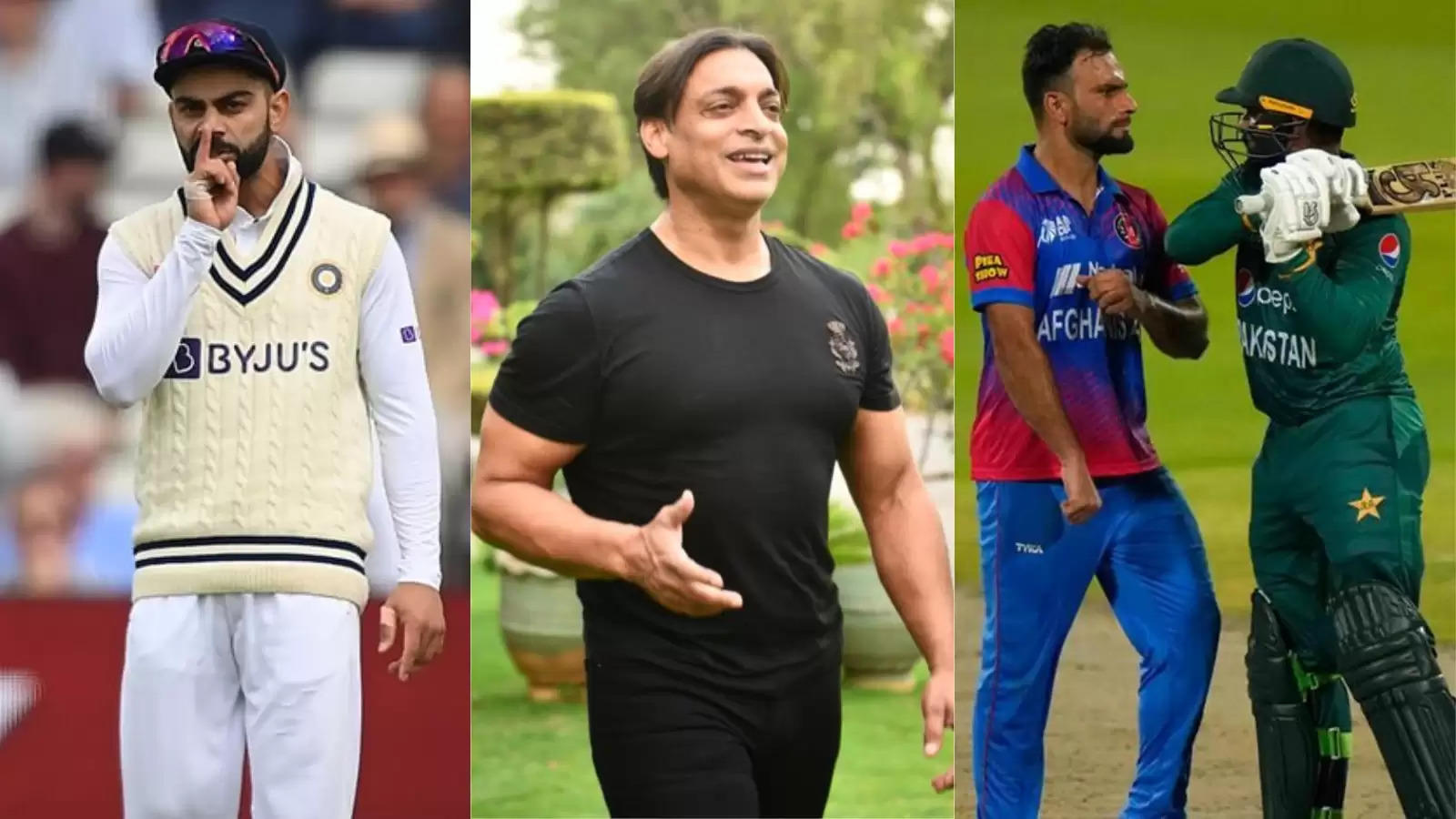 “He is the only one who has been targeted.”

Shoaib Akhtar has voiced his support for Pakistan batter Asif Ali, after the latter was involved in a heated on-field fight with Afghanistan seamer Fareed Ahmad during the Asia Cup 2022 Super Four encounter in Sharjah on Wednesday. As the game neared a tense end, Fareed had Asif Ali caught at short fine-leg off a bouncer - the ninth wicket in a run-chase of 130 - and followed it up with wild, extravagant celebrations, while giving it back to the batter.

The two players were involved in a heated exchange, until being separated by the on-field umpires Anil Kumar Chaudhary and Jayaraman Madanagopal. Pakistan would eventually seal a nail-biting one-wicket win, with No.10 Naseem Shah striking back-to-back sixes off Fazalhaq Farooqi in the final over.

While Asif’s gesture has been questioned repeatedly, Akhtar had his say on the incident.

“Asif Ali was forced to react in such a way as he was sledged from behind. However, he is the only one who has been targeted. When Virat Kohli reacts similarly, he is deemed right, but when Asif behaves like him, he is held wrong. This is not done,” Akhtar said during a conversation with Zee News.

“India shouldn’t get in between as Pakistan and Afghanistan are like brothers. We can discuss and resolve this issue on our own and don't need a third party.”

Akhtar had also expressed his disapproval over the Afghanistan crowd behaviour after the game, with them being seen attacking Pakistan fans and damaging the venue property after the defeat.

He took to Twitter to address the issue, and tagged ACB chief Shafiq Stanikzai, stating: "This is what Afghan fans are doing. This is what they've done in the past multiple times. This is a game and it's supposed to be played and taken in the right spirit. @ShafiqStanikzai your crowd & your players both need to learn a few things if you guys want to grow in the sport."

Stanikzai responded with the pictures of Asif and Fareed fight, and stated: “Watch these photos and the video carefully then judge, also let the Match referee decide in accordance with the Cricket law before you use humiliating words to the entire nation and it’s your second time you are doing so.”