The prodigious young batting talent reached the mark in his 19th ODI innings for India, getting there five innings earlier to the previous best held by Shikhar Dhawan and Virat Kohli.
By Kashish Chadha Wed, 18 Jan 2023 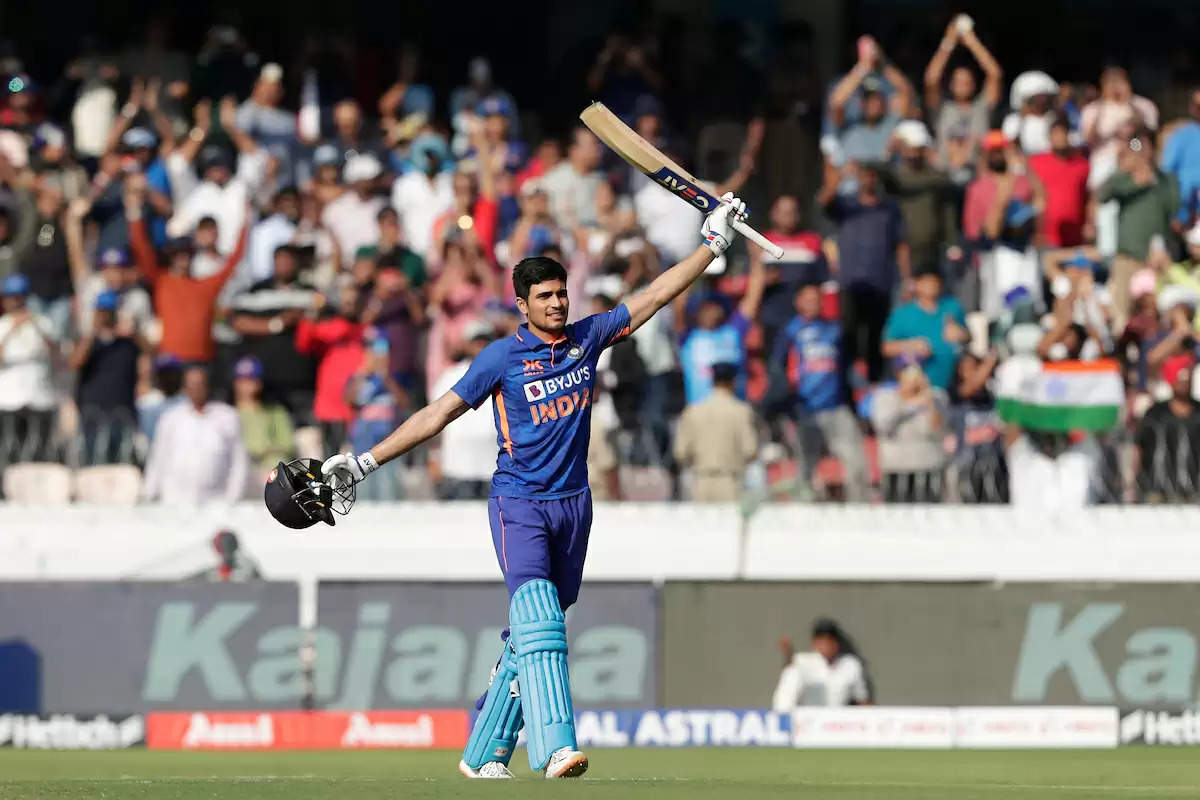 Shubman Gill on Wednesday (January 18) clinched a magnificent record next to his name. The prodigious young batting talent became the fastest male to record 1,000 ODI runs in the history of Indian cricket.

Gill got to the eye-catching feat with a brilliant century against New Zealand in the first one-dayer of the three-match series in Hyderabad. After starting the fixture 106 runs away from the mark, the 23-year-old bagged the record with another classy knock in the Indian colours.

The elegant right-hander achieved the great record in his 19th ODI innings for India. No Indian male has done it faster, with the previous record held in joint capacity by stalwarts Shikhar Dhawan and Virat Kohli.

While the two ODI greats reached the 1,000 mark in 24 innings, Shubman Gill made it there five innings earlier, reinforcing his amazing talent and promise at the international stage.

The record arrived during the 33rd over of the Indian first-innings batting effort against the Kiwis in Hyderabad. Flicking Blair Tickner for a boundary wide of mid-on fielder, Shubman Gill became the fastest man to reach the 1,000 run mark in ODIs for India, making it there in just 19 innings from the point of his debut.

Not even modern-day legends such as Dhawan and Kohli had bagged the astonishing feat with such brisk speed, both reaching there in 24 matches.

Notably, Gill bagged the record with a terrific century to his name, also posting his second successive hundred in 50-overs cricket for India. The right-hander also made an exceptional ton versus Sri Lanka in the final one-dayer in Guwahati last Sunday (January 15).

By continuing on his merry ways, Gill also dispelled doubts around his position since replacing an ageing Dhawan in the ODI squad.

The player was under pressure to deliver the goods, especially as India retained him at the top despite Ishan Kishan scoring a double-century in his absence in Bangladesh last month. But he let his bat do all the talking, easing his nerves with a string of impressive scores.