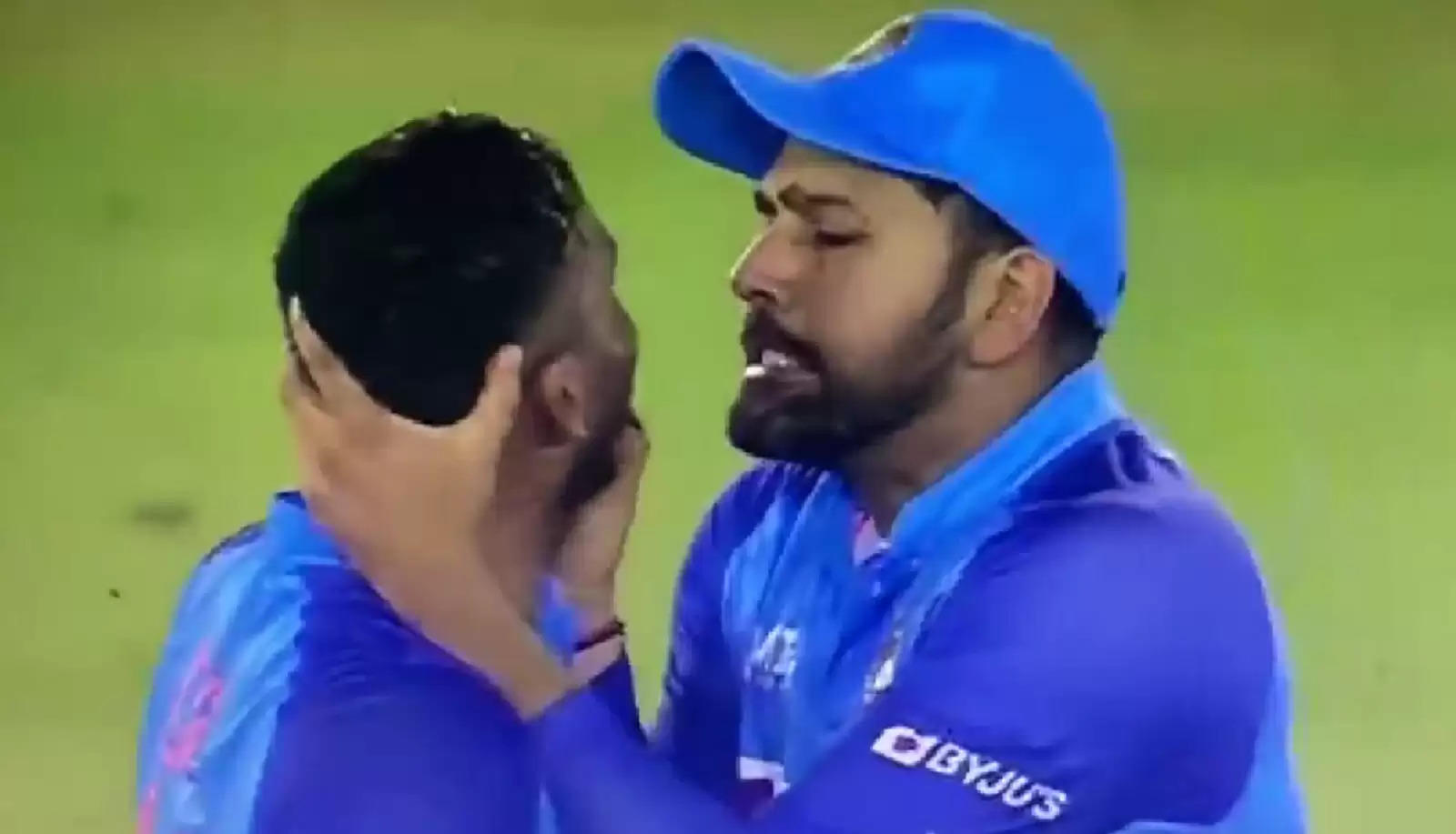 “Those kinds of funny moments are allowed between them.”

India, having gone down to Australia by four wickets in the first of three T20Is in Mohali on Tuesday, September 20, seek a series-levelling win in the second game to be played in Nagpur on Friday.

India failed to defend their 208/6 first-innings total in batting friendly conditions in Mohali, and the dropped catches and missed DRS opportunity against Chris Green proved crucial to the game’s outcome.

The hosts could’ve missed a chance to dismiss Glenn Maxwell too, had skipper Rohit Sharma opted against reviewing one against the explosive batter. Maxwell edged one behind to Dinesh Karthik during the 12 over of the chase, but was ruled not-out initially by the on-field umpire. Rohit opted for a DRS and after a successful review, was seen playfully grabbing Karthik’s neck, over the latter’s indecisiveness with the review.

"In the field, there is a lot of pressure, so it is important to have some laughter to lighten the situation but the focus is always there on the game,” Suryakumar said in a presser on the eve of the second T20I.

“Talking about that DRS, you don't hear the edges clearly from behind the stumps at times but you do from the right or left side of the field. And that was their banter. They have known each other for a long time and have played a lot of cricket together so that kind of funny moments are allowed between them.”

Suryakumar, who scored 46 off 25 on Tuesday, and leapfrogged Babar Azam to become the third-ranked batter in the ICC Men’s T20 Rankings, also expressed his readiness to bat at any position for the team.

"I am very flexible. I actually plan for every situation. I am really flexible to bat anywhere. There is no such plan, but the preparation has been really good," he said.

The 32-year-old also backed Harshal Patel, who returned 0/49 from his four overs on his return to the team after injury.

"It is difficult to read Harshal's slower ball and variations. Whatever I have faced him in the nets, I can assure you guys that he is not predictable at all. He is very deceptive. He has been working really hard on his bowling," Suryakumar said. "He has just come from an injury, so this much benefit of doubt should be allowed."