In a bizarre incident, the Tamil Nadu Premier League (TNPL) 2022 fixture between Salem Spartans and Madurai Panthers in Coimbatore on Monday was suspended with insects at the venue.
By CX Staff Writer Mon, 11 Jul 2022 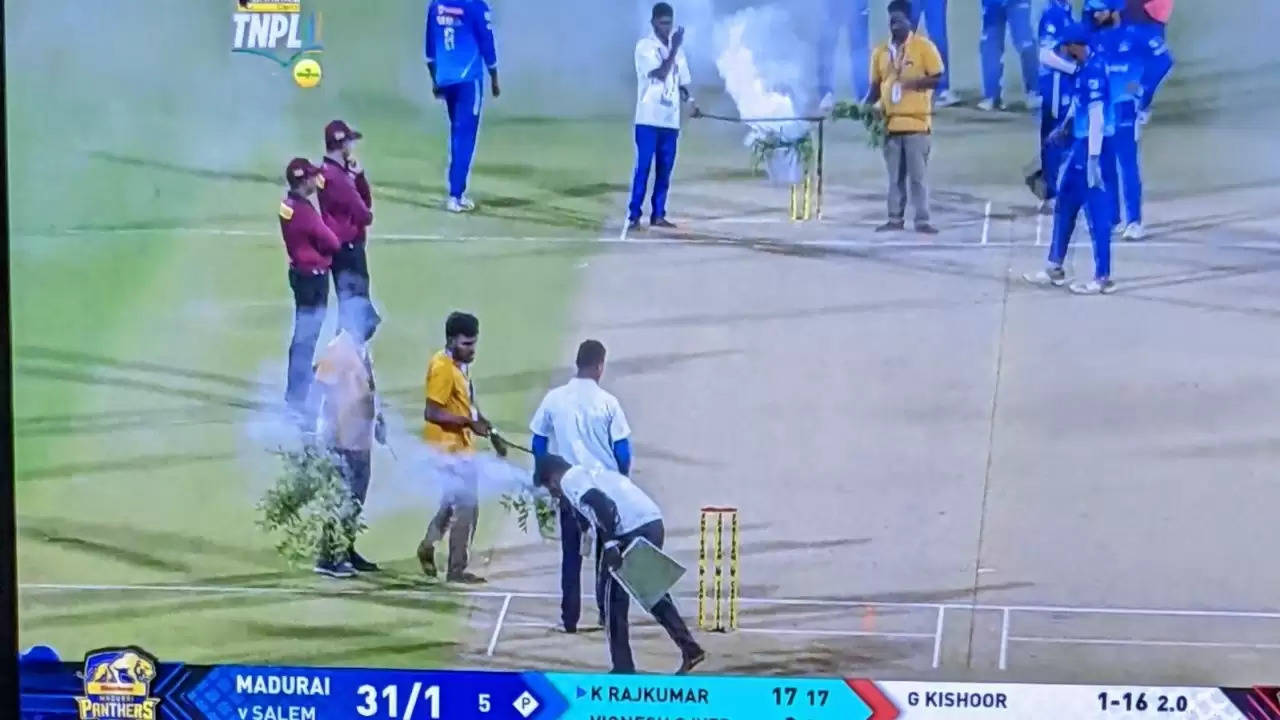 The insects caused a 23-minute delay in play.

In a rather peculiar occurrence, the 16th match of the ongoing TNPL 2022 between Salem Spartans and Madurai Panthers at Coimbatore’s SNR College Cricket Ground, was suspended with insects floating at the venue.

It all started after the fifth over of the Madurai innings with the insects swarming around. Green neem leaves were burnt in buckets to shoo the creatures away using the fumes, with the players walking off the field. Groundsmen continued with the task near the pitch as the umpires and match referee stood in conversation during the break.

“Play has been interrupted by insects swarming the playing field! Will be back with live action soon,” read a tweet from Salem Spartans’ official Twitter handle.

The play eventually resumed after a 23-minute break, with no overs being lost. Madurai were 31/1 from five overs, with opener Arun Karthik falling to right-arm quick G Kishoor right before the break.

The Spartans clawed their way back with some late strikes, and managed to limit their opponents to 165/7. Kishoor returned 3/39 from his four overs.

ALSO READ: Narayan Jagadeesan apologises for middle-finger gesture after run out at the non-striker's end in the TNPL

Salem, in response, were limited to 126/9 to go down by 39 runs. Three of their top four got starts, but none went past 20, with regular fall of wickets denting their chase. Pacer Pranav Kumar top-scored with unbeaten 25 from No.8. R Silambarasan, the right-arm quick bagged 4/22 for Madurai Panthers. Easwaran was named the Player of the Match.

Madurai Panthers jumped to the second position in the points table with their third win from their fourth outing. Salem Spartans, having now lost each of their two games sit at the bottom in the eight-teams league. Nellai Royal Kings take the pole position with five wins from as many games.

The next match will be played between the Chepauk Super Gillies and Lyca Kovai Kings at the same venue on Tuesday, July 12.