Shubman Gill, playing his first ODI since December 2020, made a strong return to the format with a stroke-filled half-century in the series opener against the West Indies on Friday, July 22.
By CX Staff Writer Fri, 22 Jul 2022 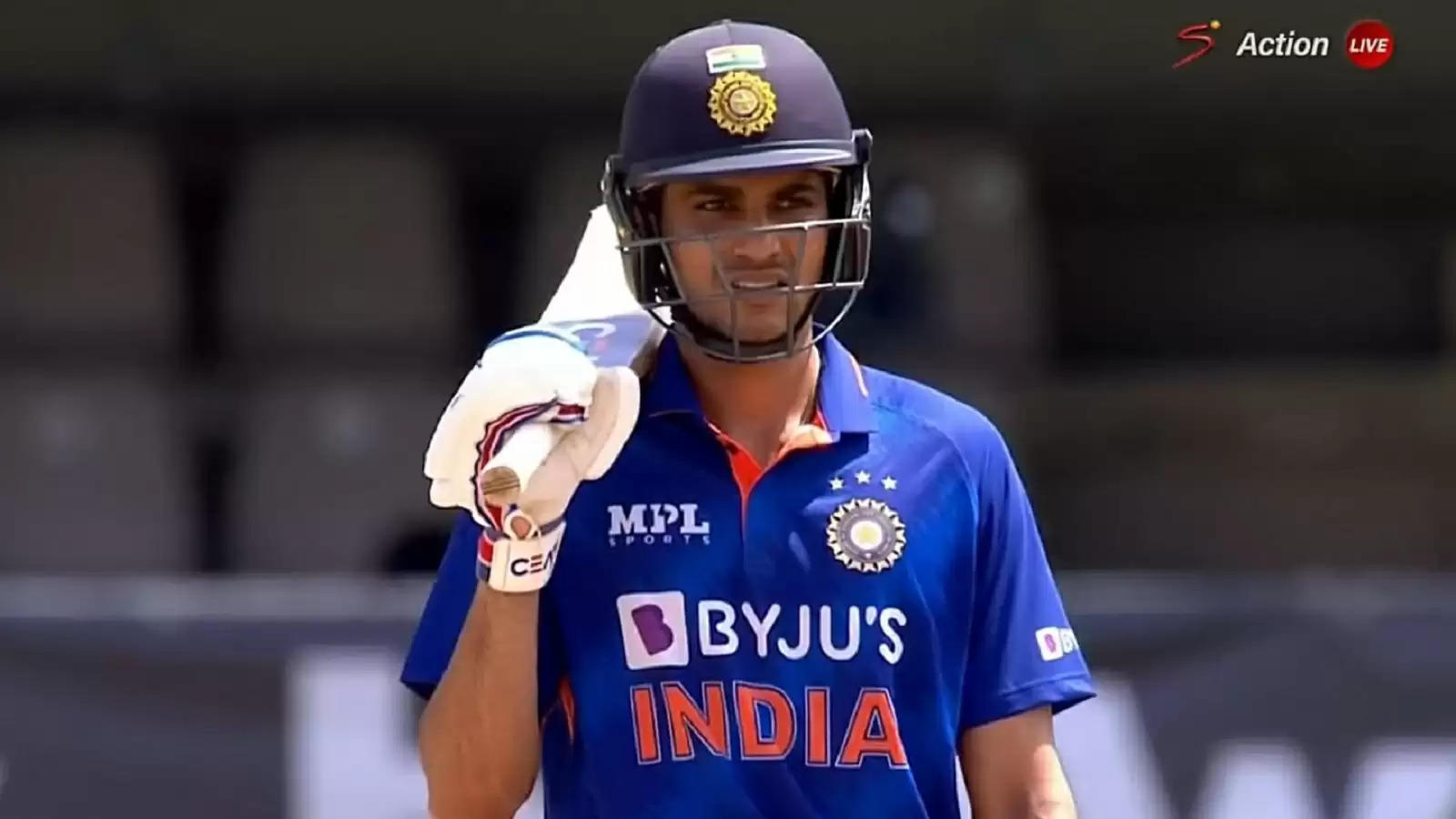 Gill raced to his maiden ODI fifty off just 36 balls.

India have made a dominant start in the ongoing first of three ODIs against the West Indies at the Queen's Park Oval, Port of Spain, Trinidad on Friday. Skipper Shikhar Dhawan and Shubman Gill brought up a century stand from just 14 overs, the latter playing the aggressor with fine stroke-play against spin and pace alike.

Dhawan started off with two fours in the opening over off Alzarri Joseph, before Gill took over with a string of boundaries off the new-ball pair of Joseph and Jayden Seales. Change of bowling did little to affect the pair, with Romario Shepherd and Kyle Mayers too, being treated with disdain.

ALSO READ: What exactly is the plan for India in ODIs?

Nicholas Pooran turned to Gudakesh Motie for some spin, and the left-arm orthodox bowler was taken for a six downtown off just the third ball of his spell.

The pair collectively struck 14 fours and three sixes in a 119-run stand off 17.4 overs, which was ended with Gill being runout by a direct hit from Pooran for a 53-ball 66. Dhawan was joined by Shreyas Iyer at the crease, and India were 121/1 from 19 overs at the time of writing.

I would like to see Shubman Gill in the X1, what he has done in U-19, India A and Punjab - he deserves the long rope in Tests and ODI. #FanCodeHotTake https://t.co/UBL87Xq42A

Well played, Shubman Gill. He scored 64 runs from 53 balls including 6 Fours and 2 Sixes against West Indies, he provide a very good start for India. pic.twitter.com/sdWZVzbTE6

Youngest Indian to Score Half Century in WI (ODI)

When life gives you second chance use it like Shubman Gill pic.twitter.com/8nTUOGDPPD

Shubman Gill is such class. Always been a huge admirer of him🥵

First Odi fifty for Shubman Gill👏👏. This format Looks so perfect for him. #WIvIND