Virat Kohli gifted a bat to Bangladesh batter Liton Das, following his stroke-filled 60 in the side's narrow five-run defeat to India at the Adelaide Oval on Wednesday.
By CX Staff Writer Fri, 4 Nov 2022 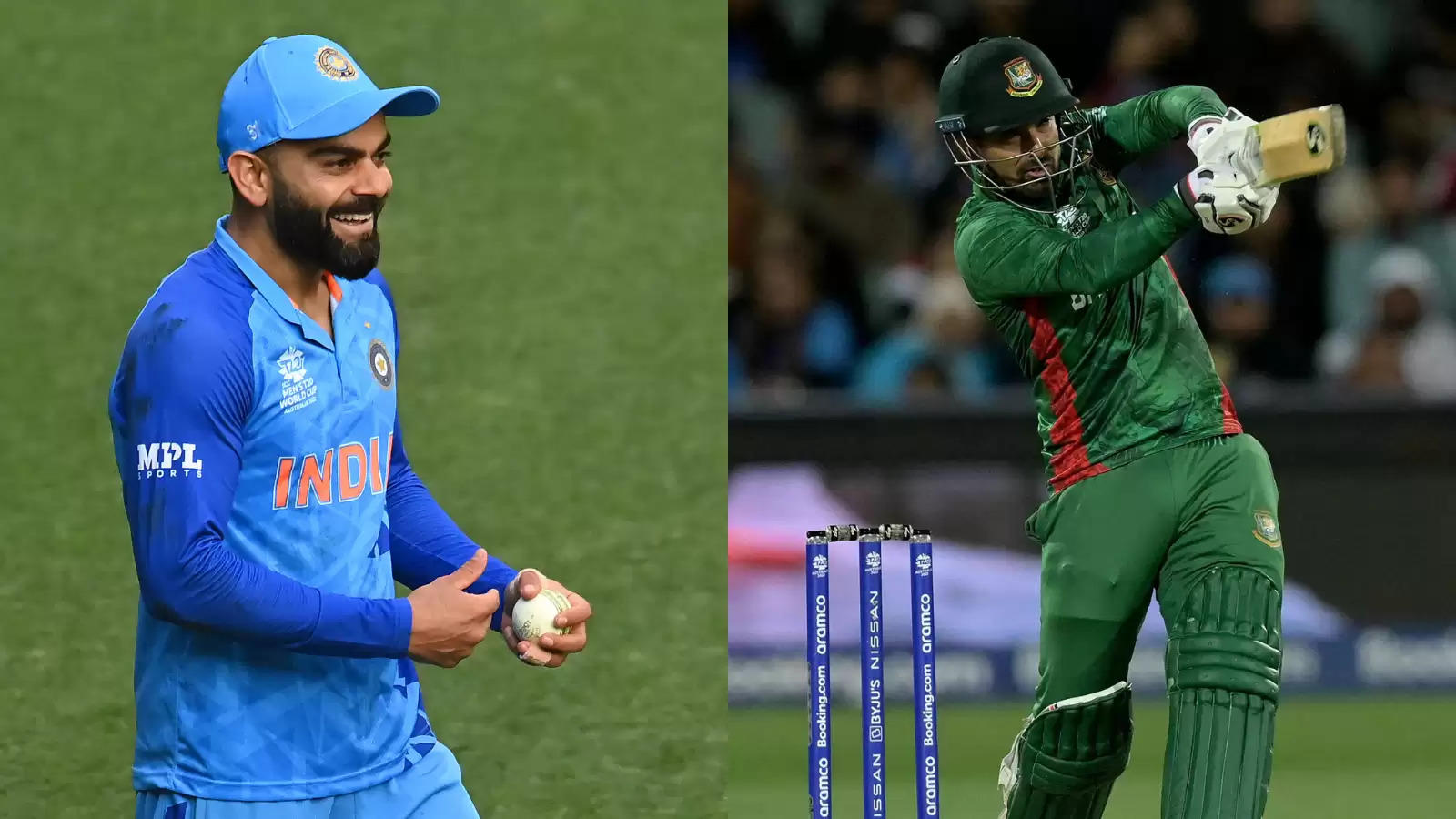 Liton Das scored 60 off 27 against India in Adelaide

Former Indian skipper Virat Kohli gifted a bat to Bangladesh batter Liton Das after Wednesday's Super 12 match in the T20 World Cup between the Asian giants. Bangladesh lost the match by five runs (DLS Method) after failing to chase down the revised target of 151 in 16 overs. However, Liton conjured a lot of praise for the knock he played under pressure at Adelaide Oval.

He scored 60 runs off 27 balls and also racked up the second-fastest T20I fifty by a Bangladesh batter in T20Is after veteran Mohammad Ashraful.

After the completion of the rain-hit game, Kohli went to Liton and gave him a bat. Bangladesh Cricket Board (BCB) cricket operations chairman, Jalal Yunus, confirmed the same.

"When we were sitting in the dining hall, Virat Kohli came and gifted a bat to Litton. According to me, it was a moment of inspiration for Litton," Jalal Yunus was quoted as saying, BDcrictime Bangla reported. "Litton is a class batter. We have seen him play classical shots. He is a brilliant player in Tests and ODIs. Recently, he has started playing well in T20Is as well," he added.

At one point, Bangladesh were cruising along as they were 17 runs ahead of the DLS par score at the end of seven overs. However, they lost their way following the resumption.

KL Rahul pulled off a direct hit to send Liton back to the hut and from there on, India didn't allow the opponents to crawl back into the contest.

With 20 runs needed off the last over, Nurul Hasan Sohan hit Arshdeep Singh for a six and a four and got it down to seven to win off the last ball, but could manage just a single thereafter..

Bangladesh will face Pakistan in their last Super 12s encounter at the same venue on Sunday, with their chances to progress to the semi-finals depending on other results.