KL Rahul smashed a six off a free-hit, much to the crowd’s delight after they’d asked for the same during India’s second match of the Asia Cup 2022 against Hong Kong on Wednesday.
By CX Staff Writer Wed, 31 Aug 2022 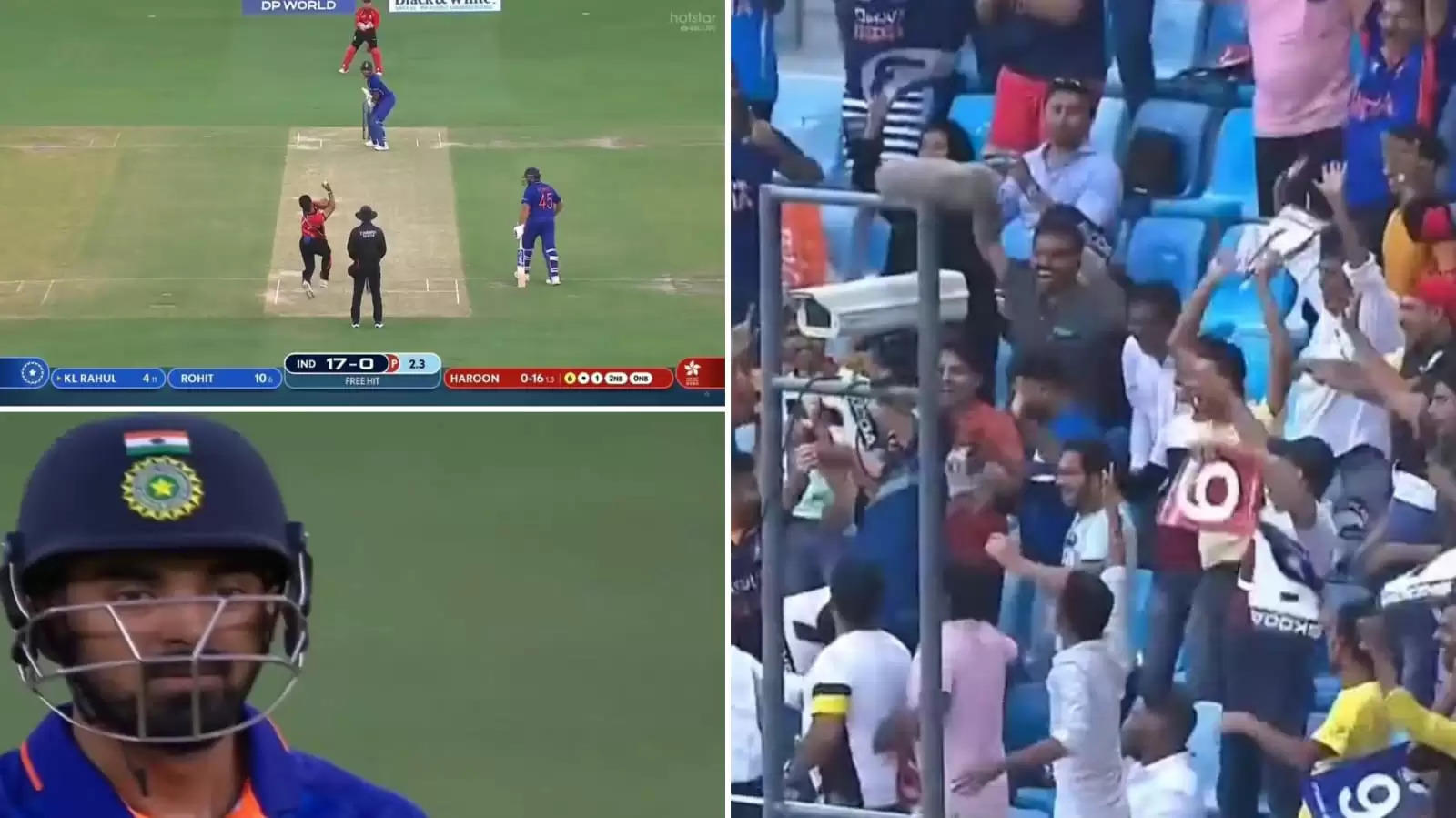 Rahul was dismissed for a first-ball duck against Pakistan on Sunday.

The passionate cricket fans at Dubai International Stadium asked for India opener KL Rahul to strike a six off a free-hit, and the right-hander duly obliged with a maximum much to their delight.

Rahul and India skipper Rohit Sharma got off to a quiet start, with the first two overs of the innings yielding just six runs after Hong Kong opted to bowl. Rohit smashed Haroon Arshad for a six downtown on the first ball of his second, and the bowler overstepped later in the over to offer Rahul a free-hit. A beamer followed and the free-hit stayed, with the crowd’s excitement growing further.

The chants of “We want sixer!” grew louder, and Rahul, who was 4 off 11 at that point, smashed a length ball over cow-corner to get himself, as well as the crowd going.

The opening partnership ended at 38 from 3.5 overs, with Rohit falling to Ayush Shukla for 21 off 13. India were 66/1 from nine overs at the time of writing, with Rahul being joined by Virat Kohli.

India registered a thrilling five-wicket win over Pakistan in their first match of the competition played at the same venue on Sunday. They made one change into their XI from their opening game, with Hardik Pandya being rested for Rishabh Pant to make his way in.

"We just want to continue to do what we are doing as a team," skipper Rohit said at the toss. "We don't want to look at the opposition and play good and hard cricket. We need to do our basics right, which is what got us a victory against Pakistan. One change: Hardik is rested considering how important he is for us."

A win tonight for India would confirm their top finish in the group and progress to the Super Four stage. A Hong Kong victory would make things exciting, as it would put all three teams in with a chance with Nizakhat Khan's side to face Pakistan in the final group game Sharjah on Friday. Hong Kong qualified for the Asia Cup 2022, after having gone unbeaten in the preceding qualifier tournament earlier this month, which also included the UAE, Kuwait and Singapore.