Hardik Pandya was dismissed in a bizarre fashion on the last ball of the Indian innings in the T20 World Cup 2022 semi-final against England in Adelaide on Thursday.
By CX Staff Writer Thu, 10 Nov 2022 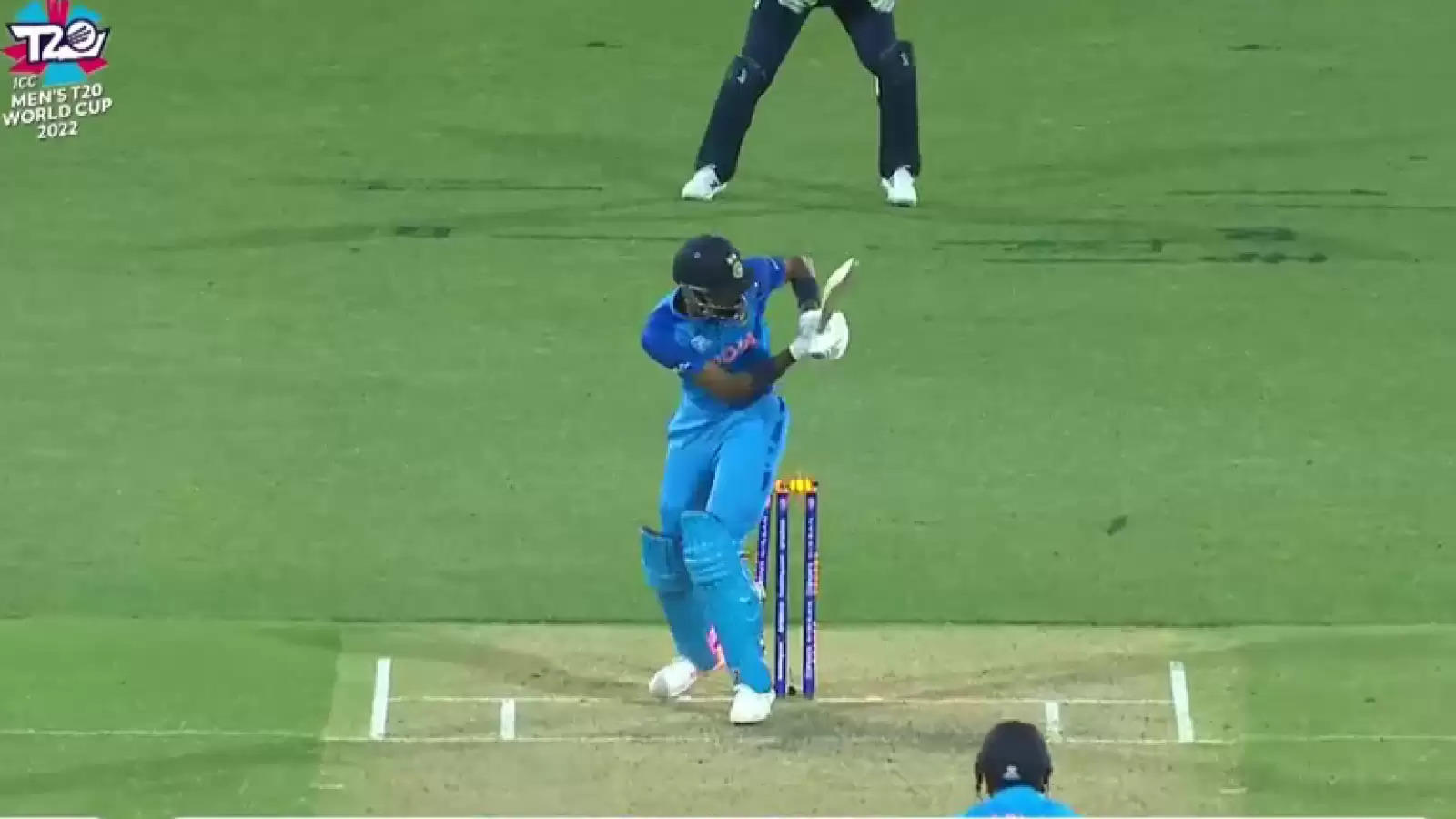 India finished 168/6 after being asked to bat first.

Hardik Pandya was dismissed in a rather unusual manner during the second semi-final of the ongoing T20 World Cup 2022 between India and England at the Adelaide Oval on Thursday, November 10.

Having struck a six and a four on the fourth and fifth ball off the final over of the Indian innings bowled by Chris Jordan, Hardik whipped a back-of-a-length ball off the backfoot and appeared to have found the gap towards square leg for another four. However, he had stood far too deep within his crease while executing the shot, and stumbled onto his stumps to be dismissed hit-wicket. The dismissal deprived India what could turn out to be four crucial runs, as they finished 168/6 in the allotted 20 overs after being put in to bat by Jos Buttler.

Hardik was India’s standout batter, smashing four fours and five sixes in a 33-ball 63, while Virat Kohli contributed 50 off 40, his third fifty from as many T20I innings at the Adelaide Oval.

Earlier, Chris Woakes removed KL Rahul in just the second over of the innings to hand England early advantage. Virat Kohli and Rohit Sharma couldn't quite get going in the powerplay, with India managing 38/1 from the first six overs. Rohit fell to Chris Jordan for a scratchy 27 off 28, while Suryakumar Yadav was undone by Adil Rashid’s brilliance, with the wrist-spinner returning 1/20 from his four overs.

"I thought we bowled pretty well early on, and in the middle overs too," Rashid said at the innings break. "We kept it tight and kept the pressure on. I think we would have been happy with 168 at the beginning. We had to be patient, and I thought we did pretty well. We knew fours and sixes will come in the end overs, but was pretty happy with our position in the first half.

England were forced to rope in Jordan and Phil Salt in their XI with Mark Wood and Dawid Malan being sidelined with injuries.